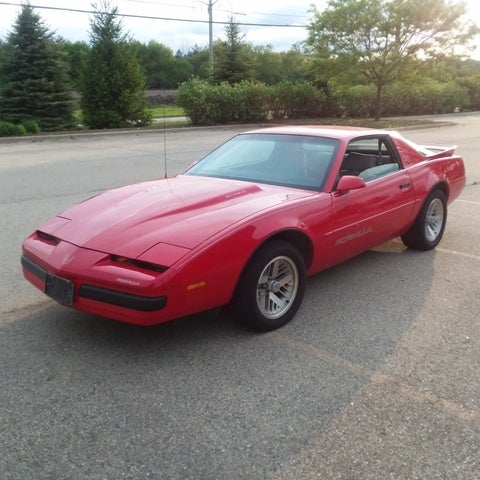 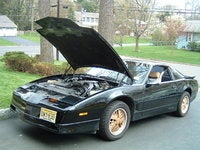 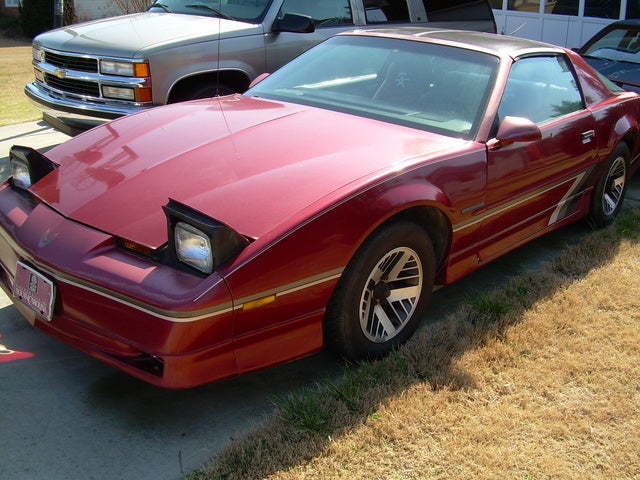 The 1990 Pontiac Firebird two-door coupe, with a convertible T-top option, came with four different engines. Base models started with the new 3.1, 140-hp V6, which replaced the old 2.8 V6. The next three engines were all V8s. The Formula Firebird featured a L03 5.0-liter, 170-hp motor, while the Trans Am upped the horsepower to 200 in its LB9. The Trans Am GTA, the fastest of the Firebird line, had a 5.7-liter, 235-hp V8. An automatic or 5-speed manual were available with all but the GTA, which only came with an auto tran.
Besides the new 3.1 V6, other changes to the 1990 Firebird included new interior trim and some dashboard restyling. Few 1990 cars were produced, as Pontiac was set to release the 1991 model in midyear. Standard features were kept fairly light, to keep the weight low on this sports car, to ensure optimal performance. New in 1990 was standard driver's side airbag, but there were no ABS brakes. Base models offered tilt steering and power brakes and 15-inch wheels, while limited slip differential, 16-inch wheels, power windows and locks, and fog lights were added as you made your way up the engine line. Cruise control, power mirrors, and air conditioning were all options.
The 1990 Firebird is driven for its power, performance, and off-the-line heft, and it gets rated highly by drivers on these characteristics. Most recommend the V8 engines, and many wish the GTA came with a manual transmission. Owners say it is fun to drive, with an aggressive, sharp-edged style. Great low-end torque and tight cornering are other bonuses, as is the decent fuel economy for a sports car. On the negative side, owners point out that the Firebird handles poorly in the snow, rain, and ice, and that there is often a rattling heard. Paint seems to peel easily off the rear spoiler, and interior plastic parts look cheap and break easily. After-market parts are getting scarce and expensive.

What's your take on the 1990 Pontiac Firebird?

Have you driven a 1990 Pontiac Firebird?
Rank This Car

How can I make my Firebird 3.1L v6 faster for cheap?

No Start On My 1990 Pontiac Firebird

My 1990 Pontiac Firebird will not start a has spark fuel it cranks put a new coil and to try and fix did not help still as power to the coil will not start does have a security system set up by car...

54 views with 3 answers (last answer about a year ago)

I have a 1990 firebird formula. We switched from Tpi to carburated. We took out the computer and rewired it. We got the fuel pump to turn on my wiring it separately. I turn the key but nothing hap...

So I just noticed I have some leaking from the backend in the midde of my 1990 firebird formula can you help me identify the problem.

I recently bought a 1990 Firebird that has been sitting since about '07. Pw, pdl, p mirrows, interior lights don't work. Need to get those windows working as there is so much glass that the sun b...