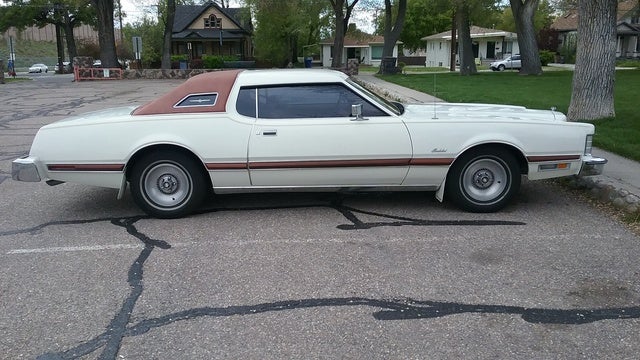 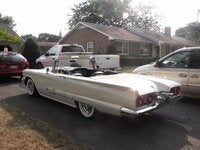 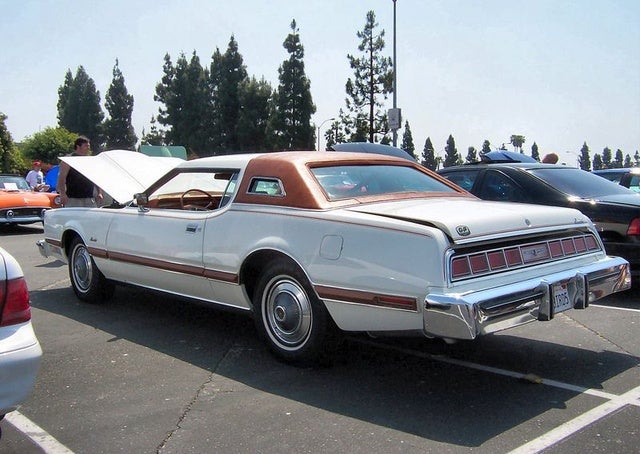 1975 was a year of many changes in the United States, no less in Ford's administration than in the Ford Administration. While the folks at the White House were wearing 'Whip Inflation Now' buttons, the guys in Dearborn were beginning to realize that they had to whip a little inflation themselves: specifically, they needed to downsize the bloated 'Big Bird' Thunderbird to something that was both closer to the line's sports car roots and more realistic in terms of fuel efficiency and curb weight.

With this in the works, Ford made few changes to the 1975 Thunderbird, apart from the annual tweaks and twists to the front end and grille. This next-to-last of the 'Big Birds' exemplifies that eraÃ¢Â€Â™s re-envisioning of the T-Bird as a luxury performance car; its roomy interior, cushy seats, and fancy, glitzy touches look retro and funky today, but they were the quintessence of a certain kind of class when they came off the line.

The 1975 Ford Thunderbird still had the heart of a muscle car, though. Under the hood, the '75 Thunderbird packed a powerful punch, with its 7.5 liter/460 cubic inch Lincoln V8 engine. Still, a great engine alone isnÃ¢Â€Â™t enough to make a sports car sporty, and even with that much power and acceleration, the '75 Ford Thunderbird was lost for an identity. Was it a luxury, limo-like ride? A sports performance car? A mid-life crisis machine?

One thing that was certain was that the '75 TBird was a gasoholic, with a horrifying 8 mpg city, 11 mpg highway. That didnÃ¢Â€Â™t endear it to the American consumer in a time of gas rationing. Still, you'll find some of these giants out on the streets today, usually tricked out by tuners and low-riders, or lovingly restored by guys looking for a project car that reminds them of their glory days of boulevard cruising.

What's your take on the 1975 Ford Thunderbird?

Mark was this Fords largest car?

Have you driven a 1975 Ford Thunderbird?
Rank This Car

The car has 5500 miles and has matching, original Hard top 2 dr