Friendly and efficient service. Samantha was awesome and got me of the lot the same day.

Great people and they get you best deal on there Purchase 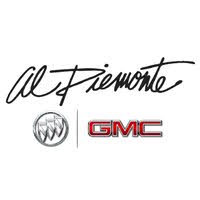 Quick response, but didn’t buy a truck there.

This was a very pleasant dealership experience. The staff is very professional and courteous. No high pressure tactics, just great service.

They were very helpful! However I found a truck at another dealership.

Informative of the Hertz purchase options

Most unpleasant experience price went up 1700$ when interested in car and such big car rental company and playing those games.very sad.soon i send request for 2019 toyota camry and look car later price changes from 14500 to 16200$.

Not the actual price of car with hidden dealers fees and tax car cost over thirty thousand 6 grand difference car lot uses deceptive dishonest things to get u to the lot and mark the car down to get to the top of cargurus list. I would avoid this dealership

Worked with John Stinson to purchase a Highlander I found online. Since I was four hours away, John sent me photos of any scratches/ scuffs and worked with me to get the vehicle at an even fairer price. Drove down and there were no surprises. John’s a genuine sales person who gets customer service. Highly recommend working with John.

Still haven't decided what to do. Felt very good about the dealership, but still trying to make up my mind about getting a Canyon or full size.

This is a good dealership to work with. The staff is friendly and accommodating during these pandemic times. Brandon reached out to us, answered questions we had about the vehicle. The test drive was successful, as they sold the vehicle to us. They have even followed up with us since the purchase. Thank you Brandon and all of the Ken Nelson Auto Group staff!

Everyone at the dealership was very helpful especially my boy Dylan M.

The salesman was very nice and he went above and beyond to use us with our decision so thank you Wayne Taylor.

Purchased the vehicle. Salesman (Ray) was very helpful. Was not happy about the additional 1300 "add-on" for cleaning, supposed oil change (not done)... Overall a good experience.

Took a test a drive in the cargo van and everything worked properly. The quality of the vehicle was great and the process was fairly quick. Vehicle came with 1 key, carfax report, and work ready. I highly recommend Prestige motor works for your personal and medium duty commercial vehicles. I will be returning!

I bought my Ford Ranger from Prestige Motors in Naperville. It has been a great pick up so far and they gave me an excellent deal. I enjoyed my experience here and would definitely recommend looking there if you are in the market for a used vehicle.

Our son just turned 17 so we were shopping for a used car for him. When we walked into Prestige we were greeted by some friendly faces and they were happy to show us what they had in our price range. After some looking and thinking we decided to purchase a Toyota Highlander. It was very clean and had low miles.

Always answer your questions and gets back to you

The gentlemen there were nice and friendly but busy. I viewed the vehicle and unfortunately did not like it as it had a few mechanical issues and was splattered with paint on the back seats .

Great vehicle. Great price. I will be contacting them again soon.

She was awesome to talk to

Zeigler Buick was helpful but I did not do business with them simply because of to distance from my home to their dealership.

Wyss Auto is an excellent private user car dealership. I travelled from PA to WI just to buy i car from Sam at Wyss Auto. He was very professional from start to finish, and kept his word throughout the process. He even went as far as picking me up from the airport when I flew in. He has been in contact with me after the purchase to ensure I was pleased. Again, excellent dealership...I would absolutely recommend Wyss Auto, and buy again from Sam again!

Great experience.honest and polite. I would do business with again.

Went to go see a truck I wanted. Drove 1 hour to get there and the only person helping me was the helper that didn’t know anything about cars. Owner didn’t wanna come out after I told him the problems the truck had it. Very bad experience, not professional at all.

It was mostly through emails but very professional. Very courteous and everything went smoothly. Listing was accurate enough. If you want more details than what is offered on Listing than you gotta call and ask. Quick to respond. My impression is I felt like I've got what I was seeking and they delivered.

Promptly reached out in a polite and friendly manner.

They were quick to respond to me

The listing Was not accurate with the condition of the vehicle. The vehicle hood was rusty, the picture used in the listing was taken three years ago. Salesman assured me it was only the brakes that had issues, only to discover several other problems with vehicle after it was bought.. Not happy with the purchase, I sent a mail to the dealer, which was ignored...Won't recommend them.

We purchased a used truck. Kyle R. was very helpful and low pressure. They will not negotiate on the price, but the truck was well treated and prepared (they replaced the brakes, and checked it over thoroughly). We had an independent checkup that came back clean except for a minor detail that Lenz fixed up for us. They gave us a full tank of gas at purchase. I was pleasantly impressed.

The sales team is very friendly and responsive. I did not feel any pressure dring my purchase experience and i ended up buying a car.

They were very helpful. I was able to schedule a test drive easily.

Great people and the vehicle I have is amazing!! Couldn’t be any happier

Responded promptly. Sold the car to someone else before I got a chance to look at it. But they took the time to call and tell me that they sold it.

Contacted me immediately very friendly answered all my questions & concerns. A variety of options available for me. Very professional

Great communication, unfortunately I did not continue to pursue the car due to the price increase

After an earlier incarnation as the Suburban, the GMC Yukon XL took its place in the pantheon of GMC vehicles in 2000. This full-size SUV started with 4 trims, expanded to 6 in 2006, and then to 18 in 2007. Despite the change, the Yukon XL has always had 4 doors with room for 8-9 passengers.

The V8 powertrain has gradually evolved from from a maximum of 6.0 L and 300 hp to 352 hp over the years. The most significant changes to the Yukon XL took place in 2007 when GMC re-designed the interior and exterior, added more cabin room, and upgraded the powertrains. Towing capacity ranges from 7,100 to 9,700 lbs., depending on the trim.

If drivers could change one thing about the Yukon XL, they'd make the 3rd row seats foldable. GMC would do well to address that issue as it moves forward.

Top rated dealers near you with GMC Yukon XL for Sale