Could not be happier 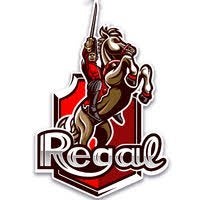 They responded immediately and was very helpful in looking for the exact car I wanted.

I got a great deal on a truck from this dealer. The salesman was very kind and professional. They allowed much more for my trade. I seldom leave comments on a dealer, but they did great. I also got a great interest rate for a used vehicle!

Very pleased with my purchase and my experience with Ms. Tracy

Yonathan and communicate via text. Very responsive and thorough.

Great customer service. Have found multiple problems with the truck since getting it home and using it

They were helpful and well organized

Great service. When I need a car I will be buying there again.

Jake and Oscar were very professional and helpful the whole way through the process.

Responded & emailed me, but I had already purchased.

Very professional and helpful. Easy to deal with and did not waste my time.

CDJR was quite helpful and did his best to get as great of a deal as possible.

When I pull up at Regal Nissan dealership, ask where is Willie I'm here to pick up my Retirement car i was in out about 45 to hour, Willie S, didn't waste any time test drive S550 Mercedes-Benz I know I was in with my Retirement car. Thank you Willie S. You met another satisfied customer

I'm meeting with Payton this afternoon.

After purchasing the car, some mechanical issues were discovered and Regal Nissan took care of it. It was not the perfect experience but Regal Nissan made it right. My salesperson, L.J., was great!

Wouldn’t allow me to test drive it. Which has never happened before. And hung up on me before I was done asking him about it.

Total straight shooters. It’s so rare that you go into any kind of car sales situation and not feel like there isn’t some hidden agenda. Rafael and his brother did what they said they were going to do and I never once felt like they wouldn’t. They are genuinely nice guys that understand the cars they are selling.

Rafael of RC has been very friendly, helpful, courteous and patience. He also let me test drive the Infiniti and take it to an independent mechanic for inspection.

They have streamed line the buying process. I will use them again.

Very prompt in contacting me. I will be going to dealer and shopping for vehicle

This is my fiancee dream car we were in negotiations to drive 5hours to get and the salesman stopped responding then said he was sick and would get in touch wnen he went back to work i emailed another salesman that never responded then after 4days I text the original salesman. Amd was told it was sold

Terrible. Jon was no help at all. Had to text back several times to get a response. I suggest purchasing elsewhere

Was helpful and understanding. I got a good deal

They were busy with customers the day of my appointment to test drive the car. We drove it and heard a noise. We still were interested in purchasing the car but wanted to address the noise issue. We left our contact information with the salesman since they were so busy. We didn't hear anything back. They have a nice selection of cars just make sure you go on a day when they're not busy.

The truck was not clean. Still had previous owner’s beer cans in the truck bed when we arrived to see the truck.

The sales team it’s very kind people they contact me couple times to be sure I have the address and make an appointment to make sure they have the vehicle at that time and appreciate it, they never insist and they were very respectful and professionals

Excellent purchase experience. I highly recommend them, everyone was very helpful and friendly.

They responded in a timely manner but I had already purchased one.

Great all around buying experience. Thanks guys!

Shannon was very helpful and knowledgeable. Deal was easy and quick.

They were not up front about the truck . Would not show you the car-fax until you driven all the way over there 2.5 hour drive . Then truck was not clean .

They where nice and helpful

Very responsive to my questions. All contacts by phone but felt like I had met each and would buy my next car from them.

Whether conveying images of sturdy dependability (Like A Rock) or implying that it is our patriotic duty to purchase a pickup (This is Our Country), the Chevrolet Silverado has always portrayed itself as a symbol of America itself -- a tough, rugged, reliable workhorse that always gets the job done.

The name Silverado existed only as a top-end trim on the popular Chevrolet C/K pickup trucks from 1975 until 1999. In 1999, along with its platform-sharing twin, the GMC Sierra, the Silverado became a model in its own right, though its one-ton version, the 3500, still existed as a C/K trim until 2001.

As part of a three truck offering (with the 1500 and 2500), the Chevy Silverado 3500 represents the heaviest, and at one ton it can tow up to 16,700 pounds. The entire Silverado range is Chevrolet's best-selling vehicle and is the number two overall best-selling vehicle in the country. The Silverado 3500 has always been sold with either rear-wheel drive or two types of 4WD, in a 2-door Regular cab or 4-door Crew and Extended cabs, all with a long 8-foot bed. There are three V8 engine choices, including a Duramax turbodiesel, which was recently boosted to a 6.6 liter pumping out 360-hp. The other V8s put out 300 and 340-hp. Depending on the trim, these are matched with either three types of automatics (4, 5, and 6-speed) or a 5 and 6-speed manual transmission.

The Silverado 3500 beats out the competition in terms of engine power and hauling capacity. It has routinely earned designations as Best Pickup from Car and Driver and most recently was named the 2007 Truck of the Year by Motor Trend. From 2001 to 2005, it remained virtually unchanged, until a refreshening in 2006 which added more engine power and a few more features. Now available in four trims, all but the work truck are well-equipped with power features, power seats, OnStar, ABS brakes, and an optional front bench seat to expand seating to six people. In 2007, the 3500 will be offered as the heavy-duty HD or as the 3500 Classic.

Top rated dealers near you with Chevrolet Silverado 3500 for Sale