Responded to my request right away. Deal was done within 2 hours. Great people to deal with!

I declined a test drive but the dealer was very communicative. 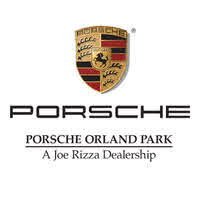 Had an excellent experience with this car dealer, Marek the sales person was so nice to work with and made buying this car a great experience!!

They were very responsive and professional. No pressure sales team that worked with me to make sure I had a very simple, easy buying experience. Highly recommend this dealership.

Excellent service! Took care of my needs and Lorenzo was very pleasant to deal with.

They reached out but I didn't move forward with the car as I decided on something else. Was a good experience and not pushy.

Do not count on their words unless they give you a printed offer. I had an offer which wouldn’t work for me. I talked to them over the phone and ask them if the price was negotiable I would stop by to buy the car and they were like: “If you’re serious stop by and we can get to the numbers that work out for you”. I drove all the way to the dealership and they did not honor what they had said over the phone. Not even a dollar less than my printed offer.

My salesman Steve was very nice to deal with took the time to sell me a truck! I would highly recommend Thanks

Dealer was slow to respond. I req information on 12/31 Thurs and they did not get back to me until Tues. i purchased a vehicle on Saturday

I read the Carfax online before making an appointment to test drive. In the body of the report the Carfax, there was noted a dealer recall of the DRIVESHAFT! The status was: Remedy not yet available. To me, this shows the car is not safe to drive, and they should not be trying to sell it. Very sleazy.

They helped me allot as a first time buyer. Really guided me through everything.

The manager involved was great to work with. He was straight forward in answering questions and had the car ready when we arrived to pick it up. We had a satisfactory experience overall.

Danny contacted me within 4 hours. Unfortunately I was unable to get to the dealership before someone bought the truck...

They were great. Friendly, professional and knowledgeable.

They were very friendly and courteous for providing information by text & over the phone.

Mo was very up front with me during the whole process. Purchased the vehicle!

I was pleased with my contact from Bill Jacob's BMW. Mrs Camp contacted me promptly and was very accommodating. The car that prompted my inquiry wasn't the color combination that I wanted. However, I would not hesitate to conduct business with Bill Jacob's BMW. They care about customers and want to sell cars at a reasonable price.

They called right after submitted my information

Have not done anything about leasing new vehicle. Dealership has been in contact with me.

Was easy experience, didnt buy the truck. The sales team was polite.

WONDERFUL PEOPLE TO DO BUSINESS WITH MY SALES GUY Rick Castro was Great ! And the finance guy was also great ! I will definitely recommend them !

I bought my Good, clean, affordable, reliable car here Buy your next car here. Had mine’s shipped to upstate NY no problems!

Very satisfied with my experience at this dealership. Sales person was very friendly, respectful, and was opened to help. You could tell that he wasn’t just making money by selling “whatever”, but he made his recommendations based on my needs. Car was in excellent condition and the price was less than what we’ve seen at other dealerships, even loan officer commented that we’ve got a great deal. After driving the car for two weeks I enjoy it more and more. Highly recommend this dealer!

After contacting dealer for one of their vehicle I decide to stop by them. Very friendly and nice people. I took car for test drive really liked it. Leo made my buying experience very smooth and quick, after 40 minutes I was driving my new BMW 650, thank you guys. Good luck

We made appointment cams there 45 min driving and they said that somebody took this car for overnight test,very disappointing

car was sold but they did try it went fast

Frendly, timely reply Not very helpful on reply. I asked questions...Got "must come to the show room" answer. I live several hours away. I don't feel I should have to travel 5 hours round trip, to get answers. I wa contacted by 2 different gals on two different days

I flew into Chicago to purchase the car. Muller's made it easy and hassle free.

Good followup, and responsive to request for pricing info. Heavy reliance on e-mail and texting, which, for a $40K purchase, seems inappropriate, though, Tâis the norm now, so when old geezers like me are gone, no one will know any different.

I was treated great. The salesman was very thorough and honest.

Eric and Steve made it possible to get my Maxima!! Thank you!!

Couldn't make a deal, because the car sold before I could see interior pics, but the Sales Rep, Adam Stratton, was very congenial and knowledgeable.

Great response answer all my questions

Sold a vehicle wholesale after telling me I was first in line to purchase and I was arranging loan.

Great experience! The car was not advertised as CPO. I inquired and they offered the certification free of charge. I drove an hour to check the car out. I was able to negotiate a price on the Navigator then decided to negotiate my car. James the used car sales manager, Glen the car appraiser and Jake the finance specialist all made the experience worthwhile. I am enjoying all the features this car has to offer.

Brian and Andrew have been very professional, and made it very easy for the purchase of the car. Not once did I not know what was happening, they are very transparent.

They reached out to me right away. Very healpful and courteous.

Although I did not end up purchasing a vehicle from Oak Lawn Mazda Sam Levin did a great job with customer service. I was very pleased with the experience.

Everybody in the organization was excellent.

Keep the good work thanks

Very helpful and the paperwork was really quick. Got shipped to me overnight! James was great to work with, very detailed.

They make you fill like crap tell you. One thing do. Another staff nice people...manage. don't car about. You or your trade in long as u agree with him ..not a very nice person be aware high mileage vehicles overpriced bad. Experience. handicap people be aware management will tell you. He don't care about you or car it's not about customer service

This car buying experience was excellent. Very nice people to work with. I was impressed with the people and there facility.

Packing a profusion of pure posh, full-time 4-wheel drive (4WD) and V8 power, the 2015 Lexus GX 460 returns prepared to face the challenges of the daily commute or that titillating trip into the backwoods. This midsize luxury sport ute again boasts 3 rows of seating for 7, a middling 64.7 cubic feet of cargo capacity with the rear seats folded and, alas, that curiously designed swing-out rear cargo door that demands a good amount of space between you and whatever’s behind you when loading your stuff.

Anyhow, once again delivered in a trio of trims, the distinctly un-basic Base, the up-featured Premium and the recently introduced top-shelf Luxury, the 2015 GX 460 returns to battle the likes of Land Rover’s LR4, Acura’s MDX, BMW’s X5 and Infiniti’s QX60. And yes, there are a few changes to the GX 460 for the upcoming model year, including updates to the Lexus Remote Touch infotainment feature that interfaces with available Enform Apps technology to add a bit more mobile WiFi capability to your iPhone. Additionally, the old Park Assist system has been upgraded to what Lexus calls Intuitive Park Assist, which helps with those pesky parking chores, while a pair of re-arranged safety packages also debut for 2015.

Meantime, the standard drivetrain for this terrain-taming Lexus remains a peppy, though not exactly fuel-miserly 4.6-liter V8 powerplant mated with a returning 6-speed shiftable automatic transmission. Look once again for 301 hp and 329 lb-ft of torque from the V8, with mileage estimates again running a tepid-at-best 15 mpg city/20 highway. Oh, and this capable ute’s towing grunt is again maxed out at a respectable 6,500 pounds with the proper equipment.

Speaking of things mechanical, the 2015 GX 460 returns with what’s essentially a standard permanent all-wheel-drive (AWD) system that integrates a 2-speed transfer case with a limited-slip rear differential and a locking center differential. Thus, 60% of torque is constantly delivered to the rear wheels in normal straight-line cruising, with power added to said rear wheels as needed for cornering. Don’t worry though, this burly system once again stands ready to transfer torque from the wheels that slip to the wheels that grip during semi-heavy off-road grinding or on snowy roadways. Driver-selectable Crawl Control, furthermore, is again available to the 2015 GX 460 to help this uncommon ute in its terrain-taming performance with auto braking and throttle tempering, while available Downhill Assist interfaces descent control and stability control technology for a safe and steady journey to the bottom of that mountain path. Said Downhill Assist feature, by the way, can again be complemented by optional Hill Start Assist Control, as well.

As for appearance and creature comforts, expect the Base to come graced with 18-inch alloy wheels, side steps, a power sunroof, heated power mirrors, a roof rack, skid plates and a rear spoiler outside, with leatherette upholstery, power-adjustable front seats, reclining second-row seatbacks, memory for driver’s settings and full power accessories adorning the inside. Cruise control, telescoping tilt-wheel steering and a rear-view camera all return as well, along with dual-zone climate control and an auto-dimming rear-view mirror.

Standard techno-goodies include Bluetooth hands-free calling and a single-CD player bolstered by 9 speakers, satellite radio (HD) and auxiliary audio input via a pair of USB ports.

Moving up to the flagship Luxury trim, look for all that, along with a standard adaptive suspension with automatic rear load leveling, as well as auto-dimming outside mirrors, a blind-spot monitor with rear cross-traffic alert, a heated steering wheel, upgraded leather upholstery and power-folding third-row seats.

With the Base standing ready to accept those added features contained in the available Premium Package, the Luxury remains the sole trim eligible for such further optional add-ons as a 17-speaker Mark Levinson Surround Sound system and rear-seat DVD entertainment. Both trims, by the way, can be fitted with optional remote engine start.

Top rated dealers near you with 2015 Lexus GX for Sale