Great dealership! Melvin was awesome and Sammer made the buying experience very easy. 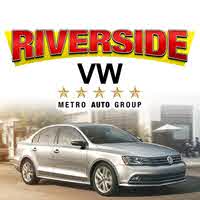 The associate i am working with has been very helpful and to this point honest, patient, courteous and helpful in answering all my questions.

I had a great experience with this dealer. They contacted me immediately and was able to help me purchase this vehicle for a fair price. Great experience overall!

Outstanding from distance!!!,Me and Mr.Steve stayed communicating From North Carolina to California,and the deal work out great.I got a 2020 Infinity Q60 for 35,306.00 only with 2,580 miles on it.All together,I sent him 38,000 with shipping included and I got in 5 days.Price a 2020 Infinity Q60 and see what price is.(Thanks SoCal Motors)

Responded to my request but then forgot to tell.me they'd sold the car I was interested in!

Amazing Michel was a patient and great person. Thank you!!

Joe and staff friendly and courteous. Car in excellent condition, exactly as advertised. Only issues were a long wait for SMOG and being a little complicated in financing, not familiar with my credit union. But otherwise a successful experience.

Dealer initially responded but didn't respond when I asked about the price. The care was advertise @ 9,900. I asked the dealer if the was the correct price. They didn't respond and then I saw the car listed for $19,900.

Response within minutes!! The long drive was definitely worth it. Max was great during the whole process and I’m glad everything worked out because I’m loving my Mustang!

The vehicle had major body issues that are not shown in any of the pictures. The lot was crowded. I had an appointment set up and when I arrived they acted like they had no idea I was coming. They had to search for the vehicle I had the appointment to see and the keys to it. Overall, a very poor experience.

I went to look at this Car it was great, but I bought a Honda CRV instead, I live you giys, thank you for everything.

They did not follow through, I asked for pictures and they never sent or followed up.

no less than 5 different sales person contacted me. my credit report was run 3 times for financing. no communication among own staff, very unorganized.

Really helped me and great deal. Direct and straightforward, answer all questions when asked.

Very professional, I didn't buy the ES,I brought 06 gs300, if you have any questions, they pick up and talk to you and make sure are happy with your purchase

A very good experience. The owner Emil was extremely nice and a pleasure to deal with. The person who showed us the car, Danny was also very nice and answered all my questions. I would highly recommend this dealer. The whole process was simple and the price was fair. Thank you Emil and Danny.

Dealer staff was friendly and accommodating. Car was lusted well in the condition it was described! Car was clean babe ready fir inspection! Would highly recommend the dealership to my friends.

The buying experience with Blueprint Auto in Riverside, California was professional, satisfying and simple. Love my Altima Coupe! Only had to ask those gentlemen and they delivered!

They did not contact us but we did contact then a purchased the vehicle. They fixed the Brake light problem. Van was in great shape.

Yes, dealer very responsive, car had too many miles to purchase.

Great cars but for the year and mileage just to pricey

Excellent easy process. Really good prices on their vehicles and nice vehicles. Go check it out

Guys were nice thought the fact there was not a 30 day warranty was not good. Didnt get offered what I thought my trade in was worth.

Answered my questions in a timely manner. Very friendly personnel!

Great experience no pressure . Our salesperson MO , Went out of his way for us to took care of request that we had In order to purchase the vehicle . We would definitely go back again, And would recommend this place others .

I think the young man I talked to was Alex. He was very helpful explaining the other costs--tax, title, reasonable dealer fees, etc. I am grateful for the upfront information. In subsequent searches, I read comments on other listings that some other dealers try to charge potential buyers large amounts of "other fees" over the listed price online. Thank you Alex.

Great, really helpful and everything as described

Introducing its third trim in as many years of production, the 2014 Hyundai Veloster lineup fattens at the middle with a new Turbo R-Spec, otherwise carrying over largely unchanged from 2013. This means drivers have 3 distinctly different choices in a 2014 Veloster, with a bit of extra emphasis on "different" alongside a dash of unique. There is, after all, a third door on this unconventional hatchback.

Typical of Hyundai, the Veloster is packed with surprises, but they're not all the sort of surprises you might expect with its aggressive style.

The top-shelf Veloster Turbo layers on Hyundai's usually lengthy features list and pairs it with a decidedly oh-so-sedan driving character despite its 1.6-liter turbocharged 4-cylinder engine. That engine debuted last year and was good for a 7.7-second sprint to 60 mph with its standard 6-speed manual, and an option for a less fuel-efficient 6-speed automatic doesn't exactly square its debate between sport or sedan either. The Base is obviously less well equipped, though still nicely outfitted, and drives similarly but without the turbocharged pep or tuned steering response. It achieves the same benchmark in 9.5 seconds with that manual and all its naturally aspirated 138 hp and 132 lb-ft of torque from the same displacement.

The 6-speed automatic is also optional in the Base, but it's not the traditional sort. An automated manual known as a DCT provides the lineup's best fuel economy at 28 mpg city/37 highway in the Base. A Base with the manual is only 1 mpg worse in the city, however.

The new Turbo R-Spec, on the other hand, takes on the Turbo's engine and sport-tuned steering while adding a sport-tuned suspension and short shifter, but omits any option for the automatic while also excluding features like the proximity-key entry with push-button start, premium gauge cluster, side-repeater mirrors, driver's-side auto-up window, high-gloss interior and heated leather seats found in the Turbo by default. Performance and economy are expected to be the very same as in the Turbo: 201 hp and 195 lb-ft of torque dining at 24/35 with the manual, but Turbo buyers opting for the DCT should expect slightly worse economy, with a rating of 24/31.

All that said, the Veloster wasn't without its debut woes. Usually first- and second-year cars have some difficulties with quality control, and the Veloster was no exception. From unexplained bouts with automatic-equipped engines stalling out to glitchy electronics beeping because they felt like beeping, Hyundai had a few stones to turn over in its manufacturing process that should be worked out by now. That's about the only reason for a thorough test drive, however, as the rest of the Veloster comes with nothing but praise if you expected the less-than-sporting feel that was the only option, until now.

Roomier than a coupe but decidedly more visually enticing than your average hatchback, the 2014 Veloster finally promises to be called fun to drive with the widely anticipated addition of the R-Spec trim. Sure, it may not have the most spacious trunk, sparing just 15.5 sedan-standard cubic feet behind that relatively roomy rear bench, but the pair of passenger-side doors add a level of convenience rarely (ok, never) seen with so much style. Not to mention that fuel economy isn't too shabby either.

Top rated dealers near you with 2014 Hyundai Veloster for Sale