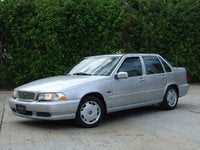 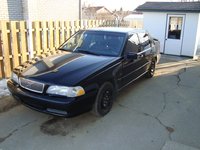 My Front Windows Go Down But Won't Go Back Up. All The Other Windows Work O...

My front windows went down but will not go back up. The electric door locks work intermitently

My volvo can drive just fine if I am in town and going a short distance. If it is running for more than 25 minutes it starts idle extremely rough. Once this has happened, I get little, to no, respon...

WILL FAULTY FUEL INJECTOR FLOOD A SPARK PLUG CAUSING IT TO MISFIRE ON A 199...

My 20 year old has a 1999 Volvo S70. It has a brand new battery but was just sitting for a bit while it waited for other repairs. While it sat at the garage, the mechanic said the battery drained ...

338 views with 6 answers (last answer about a year ago)

Remember at the start of ninth grade when your lifelong pal Billy suddenly demanded that everyone call him Will? It was time for a new persona, a way to ensure social success on the high school scene. But in spite of all the hype he was still the same kid you'd known since kindergarten: good ol' Billy. That's sort of what happened in 1998 when the Volvo S70 was reinvented as the S70.

Just as Will got his hair cut and bought a few cool new shirts, the S70 likewise got a bit of a makeover. Some of the trademark Volvo edges and corners were softened, and the change was noticed. But the truly important stuff, the famous Volvo safety features, excellent handling, and quality Swedish workmanship, were not compromised but were in many cases enhanced. The interior was redesigned, performance and handling were upgraded, and the legendary Side-Impact Protection System, which since its inception has done wonders to limit occupant injury, was improved.

As with all Volvos (and most, if not all, European cars in general), maintenance costs can be a source of irritation. Replacement parts nearly across the board had to be the real thing, made by Volvo, rather than after-market money-savers. But that just ensures the level of quality, so it's not a big beef.

Even so, the maintenance costs eased somewhat (at least as far as parts go) after Ford's acquisition of Volvo in early 1999. After the takeover Ford parts fit the bill in some instances.

All in all, the Volvo S70 is a pleasure to drive - a pleasure that's enhanced by the machine's suave good looks. Its professional appearance makes it ideal for the businessperson, while its outstanding safety record makes it the perfect family car.