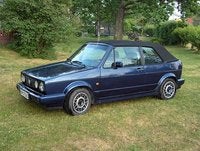 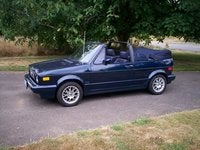 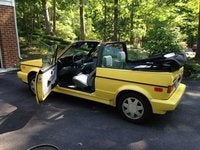 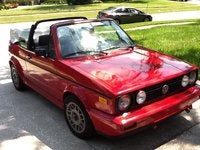 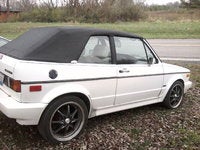 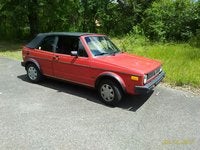 Where Is The Speed Sensor On A 1991 Volkswagen Cabriolet

where is the speed sensor located

6 views with no answers yet
20

Where Can I Get Front Left Fender 02 Cabrop

Where To Buy A Used Engine?

91 views with 3 answers (last answer about a year ago)

Voltage On Fuel Pump In Tank

what should the voltage be on fuel pump in tank

Built on the Rabbit platform (and essentially a continuation of the Rabbit convertible, though the Rabbit name itself was discontinued in the U.S. after 1984), the Volkswagen Cabriolet has been described as "cute, cuddly," and at times, "feminine" (though it certainly has had its share of male fans). Throughout its run, the Cabriolet was powered by a 1.8-liter, 4-cylinder engine that initially generated 90 hp but later was upgraded to 94 hp. A five-speed manual overdrive transmission was standard, though a three-speed automatic was offered as an option.

Various trim packages were offered throughout the Cabriolet's run, including the Base, Bestseller, Carat, Classic, Wolfsburg, and Etienne Aigner edition (offered for only the 1991 model year). The car featured bucket seats (either cloth or leatherette, depending on the year and trim package), power windows and a driver's-side airbag (both from 1990 on), three-point rear seat safety belts (from 1991 on), and an AM/FM/cassette radio. Various trim packages offered additional standard and optional features, as well as special exterior and interior colors, and special wheels and body features.

Generally drivers considered the '91 Cabriolet a "fun" car to own and drive, probably largely because of that drop top, which was its big appeal. While the quality of the car was considered to be good by drivers, they did note that repairs could be expensive.