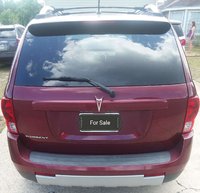 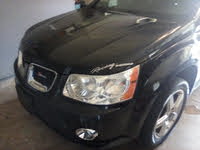 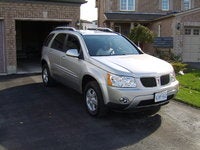 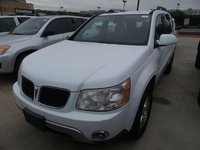 It is a 2006 Pontiac torrent that continues to overheat it runs hot when you’re sitting idle when you step on the gas it starts to go down but then will continue to run hot I changed the water pum...

118 views with 3 answers (last answer about a month ago)

2008 Pontiac Torrent REMOTE START SWITCH IS NOT WORKING AND ENGINE SYMBOL I...

REMOTE START SWITCH IS NOT WORKING WHEN I TRY TO USE IT I HEAR IT CLICKING NOISE COMING FROM THE VEHICLE. I ALSO NOTICE THAT THE ENGINE SYMBOL LIGHT IS ON WHEN I WAS DRIVING.

2007 Torrent Temperature Gauge Not Reading Correctly. All Other Gauges Work...

Hello I'm trying to get my 2007 torrent out of theft mode I believe it is in it was fine one day and then I shut it off and now it don't want to start so I'm believing it's in theft mode could you ...

I cannot figure out how to fix these three codes and I would prefer to not spend $100 to get it diagnosed but I will if I have to. What could I try to fix all these codes? Thank you.

Having tried its hand at a crossover vehicle with the poorly received Aztek, Pontiac goes whole hog and introduces its first ever SUV, the Pontiac Torrent. The Torrent is still a compact crossover SUV, however, retaining a sporty car-like feel and sports suspension at an affordable price, while still offering many of the versatile features of a full-blown SUV.
Sharing a platform and powertrain with the Chevrolet Equinox, Pontiac dresses up its front and rear ends with its own unique styling. The Torrent features a 3.4-liter V6 and 5-speed automatic transmission. It comes in either front-wheel or all-wheel drive and offers a lot of cargo carrying options with its split-fold front and rear seats. The back seats also move forward and back to increase the cargo space or legroom accordingly. Though it's termed a compact, there is generous passenger room. Its compact size makes it more lightweight than most SUVs and even most crossovers, and it boasts an 18/25 fuel economy. That may not bowl you over, but for a car of its size, loaded with as many features as it has, it's fairly impressive.
Power locks and windows, ABS brakes, a luggage rack, cargo compartments, fog lights, and keyless entry are all standard on the Torrent, though there are plenty of option packages to make your drive as hassle-free and enjoyable as possible. In 2007, the Torrent added more safety features, including an anti-rollover sensor and Stabilitrak.
For 2008, it looks like Pontiac is going to release a much anticipated Torrent GXP, a sleeker, sportier version powered by a 265-hp V6 engine.