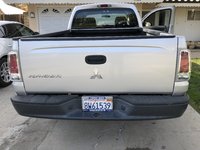 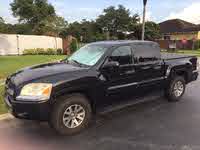 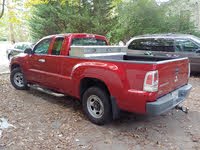 I have a check engine light onmy 2007 Raider (Mitsubishi), when the computer was attached the results were that I need a Kdel Control Value. Does anyone know where it is located?

Every time I turn on my ac it overheats the truck. Is there a relay I can test? What do you think it might be?

I Had My Mitsuibishi Raider Transmission Replaced But When I Drive For Abou...

I have changed the starter and also checked fuses and also battery, what can i do??? It just wont start.

Truck starts hard...Replaced TPS and CAM Sensor. Replaced fuel pump. Seems like loosing gas at start. turn key to on a few times and then starts .Is there something like a backflow preventer in t...

The Mitsubishi Raider, a mid-sized pickup truck, debuted for the 2006 model year. It once again rounded out the vehicle lineup for Mitsubishi, which had not had a pickup since it retired the Mighty Max in 1996

Mitsubishi is a subsidiary of Daimler-Chrysler and the Raider has the same drivetrains and frame as the Dodge Dakota. It is yet another Japanese-branded vehicle that is built in the U.S. (Michigan). You probably recognize the name, as it's a recycling of a Dodge SUV moniker from the late '80s; the Dodge Raider was the twin vehicle to the Mitsubishi Montero.

The Raider has not sold nearly as well as the Dodge Dakota, nor was it expected to. They really aren't a common sight on the American road, and obviously Mitsubishi would like that to change. The six-passenger capacity and V8 option should help, but it remains to be seen how well this truck will sell in its sophomore year.

Consumer reviews reflect general satisfaction, especially with the truck's tough and capable appearance and generous warranty. These owners do wish for better mileage, though, although they knew what they were getting into with their purchase.