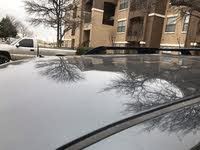 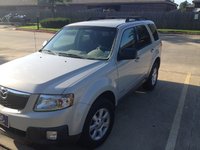 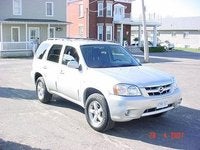 The Name Of The Part In Front Of The Radiator?

I have a Mazda 09 tribute want is the name of the part in front of the radiator?

have a 2005 mazda that has a broken bolt on the idler pulley. bolt broken or twisted off. this happens about every 20,000 miles. the rest of the bolt has to be tapped and removed.

Exchanged with a new one because I had the code run for it and now my truck runs bad. No power ,no ac/heat, engine light still on. What's going on?

I was driving to work and about 10mins into my drive the O/D light starts flashing, then I lost acceleration. Like it was in neutral...? If i turn off my car then restart after a few mins, its ok for ...

I have a mazda with a factory installed alarm system. If the door locks get out of sequence the alarm keeps the car from starting. The problem is, it is happening periodically. I first noticed it wh...

Making its debut in 2001, the compact Mazda Tribute SUV was based on the same platform as the Ford Escape (which debuted the same year). It was not the first time Mazdas and Fords had shared components and platforms. In 1979, Ford bought a 25-percent stake in Mazda, and the two automakers have been linked ever since. In fact, Mazda built early Ford Ranger pickup trucks, until Ford took over production of the trucks in the mid-1980s. Mazda did make an effort to distinguish its SUV from Ford's, however, labeling the Tribute as a sport SUV, and backing that up with sporty styling and a series of peppy engines.

For its first four years, the Tribute was available in three trim packages, including the entry-level DX, the mid-level LX, and the high-end, leather-interior ES. Following a redesign in 2005, trim packages were revised to include entry-level i and higher-end s packages, with leather seats being available only as an option. Standard features for both packages included air conditioning, power windows, power door locks, anti-lock brakes, dual airbags, and a stereo system with a CD player.