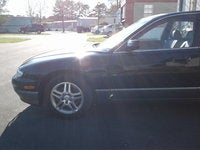 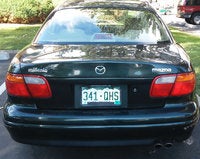 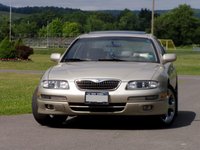 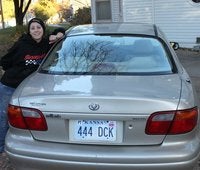 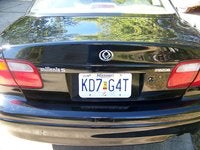 I have a 2002 Mazda millenia with the tilt stuck in the down position. I took the covers off pooked around and can’t find the gears to disengage to manually have it set to the correct heights for...

How Can I Repair Steering Wheel Tilting Function On 2002 Millenia?

The tilt steering wheel function on 2002 Millenia stopped working several days ago. When the adjustment button on steering wheel column is moved, you can hear a whirring sound. But there is no movemen...

MY STEERING WHEEL DOES NOT STEER THE TIRES, JUST SPINS?

i WENT OUT TO MOVE MY CAR AN WHEN BACKING UP I TURNED THE STEERING WHEEL AN IT WILL NOT STEER THE TIRES, JUST SPINS FREELY

The Mazda Millennia was launched in 1995 as an effort by Mazda to compete with high-end luxury brands from such automakers as Honda (Acura), Toyota (Lexus), and Nissan (Infiniti). In fact, the original intent was for the Millennia to be the flagship of Mazda's own luxury car division, called Amati. But when that division was scrapped, the Millennia was slotted into Mazda's existing lineup as a high-end offering.
Throughout its eight-year run, the Millennia was offered with two engine options. Base models were equipped with a 170-horsepower 2.5-liter V6, while a higher-end S version received a supercharged 2.3-liter V6 that produced 210 horsepower. The supercharged V6 was a Miller-cycle engine that operated more efficiently than typical combustion engines.
In addition to the Base and S versions of the Millennia, an L sedan, with the base engine and an upgraded interior package, was offered in 1996 and '97, and in 2000, a Millennium Edition with the supercharged engine and a number of special features, was produced.
In keeping with its status as a luxury sedan, the Millennia was well-equipped throughout its run, with such features as air conditioning, power windows, power door locks, a tilt steering wheel with a memory feature, cruise control, automatic climate control, dual airbags, and a lighted entry system. Power front seats and side airbags were added as standard equipment later in the run. The S sedan came with such upgrades as leather seats, a power sunroof, and traction control.