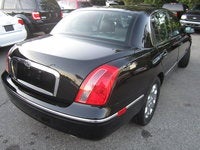 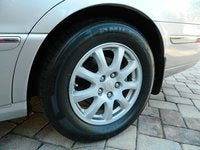 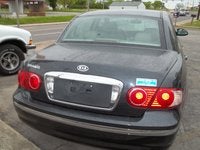 Does anyone know how to remove the front grill from a 2005 KIA Amanti? I have removed all screws and nuts I can see but the top will not release from the hood.

HAS ANYONE CHANGED THE FRONT BRAKE PADS ON A 2006 KIA AMANTI, AND IF YOU DI...

I WANT TO CHANGE THE PADS MYSELF AS THE DEALERSHIP CHARGES WAY TOO MUCH TO DO WHAT I THINK IS A SIMPLE REMOVE/REPLACE JOB.

I replaced my ignition switch with a new one but now the car won't crank. It will turn over but not crank. What should I do now?

I am getting an error P2127, Throttle/pedal position Sensor/Switch "E" circuit low input. I was told by a mechanic that it needed a new pedal position sensor. However I want to check whether the s...

Someone says Kia and you automatically think two things. Low budget and great warranty. Kia made its mark in the car market by selling small economy cars and SUVs that emphasized safety and eventually evolved more quality parts once Hyundai took control. With the Kia Amanti, introduced in 2004, Kia tries to broaden its vehicle range by entering the luxury mid-size sedan market. The Amanti hopes to compete on price with more notable brands such as the Accord, Maxima, and Camry.
The Amanti is a four-door sedan that comes in only one trim. Originally it had a 3.5-liter, 200-hp V6 engine, which wasn't quite strong enough for this heavy car. But it did come well equipped with premium features, such as power locks, windows, mirrors, and seats, dual climate control, keyless entry, and a security system. The 2005 model was named "Most Appealing Premium Mid-Size Sedan," by JD Powers, making the Amanti the very first Kia car to be given such honors.

In 2006, the Amanti received even more features, such as heated leather seats, a sunroof, ABS brakes, and auto-dimming rearview mirror. As well appointed as it was on the inside, the exterior styling was less than eye-catching. Its appearance tended to be more boxy and weighty rather than sleek or beautiful.
The Kia Amanti will get a whole new redesign in 2007, including updates to its grille, head and taillights, and front and rear ends. It will also get new alloy wheels and dual exhaust pipes. The inside will get a bit classier with wood and chrome trim and a leather armrest. Best news of all is a stronger 3.8-liter, 264-hp V6 engine to enhance the driving experience of this luxury mid-size for those with the desire, but maybe not the wallet to impress.