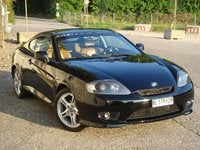 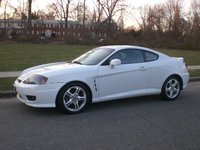 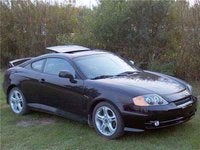 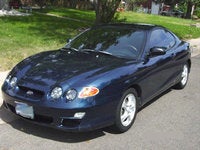 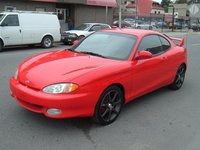 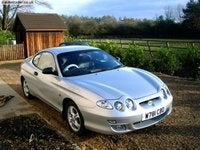 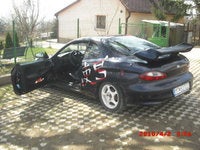 How Many Miles Do You Have One Your Tiburon? Right Now I Have 278 With No P...

974 views with 7 answers (last answer about a month ago)

Can You Replace O2 Sensors With Used Ones From Other Models

How Much Mileage Can A Hyundai Tiburon Reach?

I’m thinking about purchasing a 2008 Hyundai Tiburon the mileage is at 152,000. I’ve done some research and have noticed a lot of other Tiburon owners say theirs have gone past 200,000 and the car...

44 views with 6 answers (last answer about a year ago)

In 1997, Korea-based automaker Hyundai unleashed a shark upon the country's highways and byways, in the form of the new Tiburon sport coupe. Deriving its name from the Spanish word for shark, the Tiburon shared a platform with the Elantra, and was designed to fill the spot of low-priced coupe in Hyundai's lineup.

Although it offers drivers sporty styling and plenty of standard features, many consider the Tiburon to be underpowered. That was in evidence in the Tiburon's first year, when a 130-horsepower, 1.8-liter four-cylinder engine was dropped under the hood of the base model, although a better-equipped FX version received a slightly more powerful 2.0-liter four-cylinder that produced 140 horsepower.

The Tiburon received some styling upgrades for the 2000 model year, and in 2003 Hyundai offered more power in the form of an optional 170-horspower, 2.7-liter V6 engine, which powered the new Tiburon GT model.

The Tiburon received additional exterior and interior upgrades for 2003 and 2004, when a GT V6 Special Edition was offered. Styling changes continued in 2005, when Hyundai introduced the Tiburon SE, which was powered by a 172-horsepower V6 and received sport-tuning and a number of upgraded standard features.

Anti-lock brakes became standard equipment for all models in 2006, when the lineup was expanded to its present configuration, consisting of four trim packages: the entry-level GS, the mid-level GT, the high-end GT Limited, and the sport-tuned SE.

For 2007, the Tiburon again received a facelift, with a new look for the front and rear end as well as new bumpers, hood, headlights, taillights, and chrome-tipped dual exhaust pipes, all of which gave the Tiburon a sleeker, more contemporary look.

The entry-level 2007 Tiburon GS was equipped with a 2.0-liter four-cylinder engine that produced 138 horsepower, while the other three trims received a 2.7-liter, double-overhead-cam V6 that produced 172 horsepower.

Standard features for the 2007 Tiburon included air conditioning, power windows and door locks, heated exterior mirrors, a remote keyless entry system, fog lights, dual front and side airbags, anti-lock brakes, and a rear spoiler. The GS came with 16-inch wheels, while the other trims were equipped with 17-inch wheels.