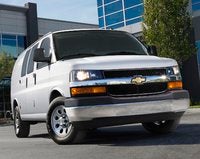 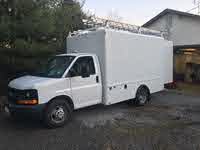 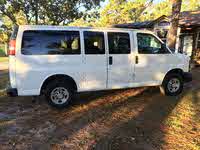 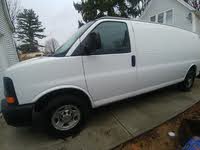 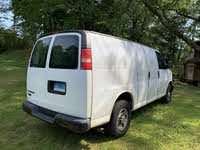 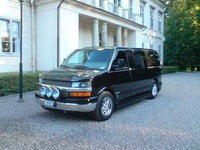 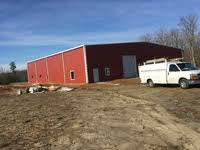 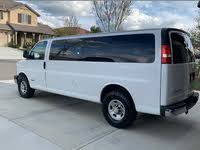 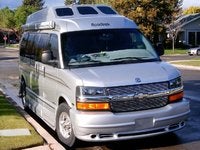 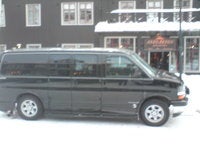 it started a few weeks ago but has been sitting still since. When I go to start it all the lights and everything is normal but once i turn the key to start the vehicle nothing happens? is my starte...

Where Are VIN Stamp On Chassis Or Body? Chevrolet Express

May i need your team help. Can i find location VIN stamp on chassis or body? Of chevrolet express

On my 2012 Chevy express extended cargo van,my rear brake lights/rear emergency blinker lights and rear turn signal lights all went out at same time. Seemed to notice it after I struck a pothole. Co...

i have a 2008 chevy express 3500 the tail light running lights do not work but my blinkers and brake lights and flashers work i looked in both receptacles or plugs for the 3157 tail lights and i o...

The Chevrolet Van has existed in some form since the 1961 "Van," which was built on a Corvair platform. After decades of relatively unchanged incarnations, ending with the 1995 Sportvan, in 1996 the Van got a major overhaul and a new name -- the Chevrolet Express.

Capable of being outfitted as a cargo van for work purposes, or a passenger van for fleet and shuttle services, the new Chevrolet Express came in three categories, based on weight. These were the Express 1500, 2500, and 3500. The new version for 1996 added more inches to both the regular and extended wheelbases (135 and 155 inches, respectively). The extended wheelbase was offered only on the 2500 and 3500 models. The new Express also featured wider-swinging rear doors that opened 180 degrees, for easier loading and unloading.

The Chevrolet Express is closely related to the GMC Savana, and both compete with the market-leading Ford Econoline. The passenger van can hold up to 15 people in the extended version, and an optional driver-side 60/40 split door can be added alongside the one on the passenger side. The first Express vans came with a variety of V6 and V8 engines, dual front airbags, and ABS brakes. A 2003 redesign added an AWD option on the 1500 and a more rigid frame.

Current models come in a basic LS trim and a more comfort and convenience-oriented LT trim that offers power features and rear climate control. In 2007, the 2500 model was dropped along with the V6 engines, leaving only three V8 engines to choose from, including a flexible fuel version of a new 5.3-liter, 295-hp V8.

The Chevrolet Express has a bit sleeker, more updated look than the Econoline (as sleek as a large passenger van can get) and the power upgrade, AWD option and standard ABS are all big selling points. In 2007, the NHTSA gave the Express a five-star frontal impact rating. Gas mileage is poor and interior styling won't be featured on Martha Stewart, but with few van options out there, both the Express and its sister Savana have captured nearly 50% of the market segment.