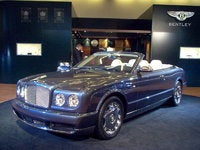 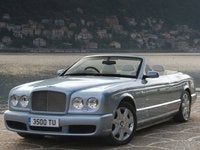 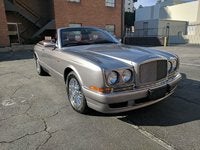 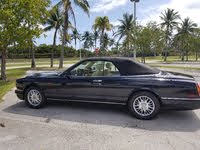 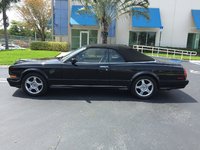 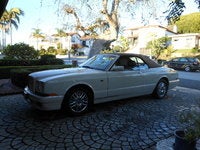 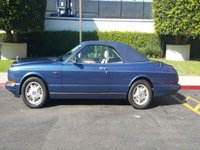 The pull handle broke off and unable to open.

The new Azure Convertible premiered in 2006, as the production realization of Bentley's Drophead Coupe concept car. The name had been used on a previous converible model, produced between 1995 and 2003.
The first Azure was based on the Bentley Continental R, and was available in two variations. In addition to the standard Azure, Bentley also offered a Azure Mulliner from 1999 to 2003. The Mulliner version made a stop at Bentley's on-site personalization department, where Mulliner craftsmen added several unique touches.
The Azure was incrediblely massive for a two-door convertible, stretching to 210 inches and weighing 5750 pounds. A 6.8 liter V-8 with a Garrett turbocharger provided 400 horsepower and 645 pound-feet of torque.
One of two current Bentley convertibles, the Azure is significantly more luxurious than its Continental counterpart which can be had for about $100,000 less. A new twin-turbocharged V-8 delivers 450 horsepower, and it is mated to a six speed automatic transmission. Fuel economy is in the typical Bentley range: drivers can expect about 15 mpg in mixed driving.