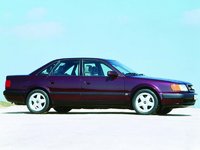 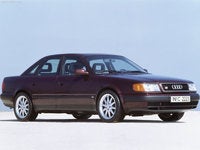 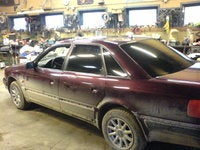 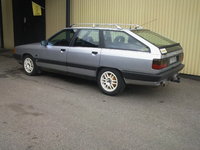 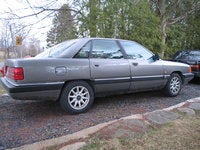 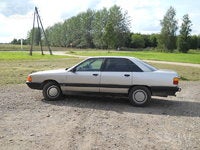 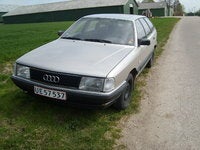 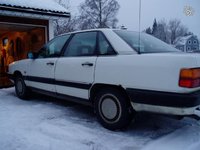 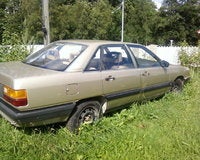 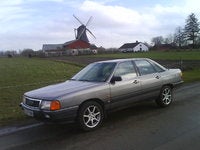 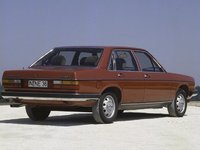 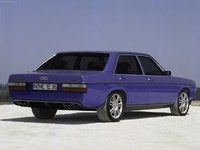 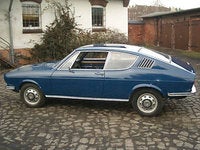 Hello, i got a 1993 audi 100 2.6 v6 ABC,( car ran before) (i did valve cover gasket, throttle body gasket, intake manifold gasket, knock sensors,cam position sensor) i got crank but no spark and no fu...

What Could Be Causing The Car To Not Start After Running Great The Day Befo...

I have the factory books & I removed everything mentioned to get the panel off. I have tried to lift it up off the mounting hooks & the door will not budge. Is there something the book does not show...

Why Would My Car Have A Puddle On The Passengers Floor And Back Passengers ...

After i noticed the puddles I tried to drive it to the car wash to get the water out and my engine died so i had it towed to a garage when I looked under the hood, on the back engine wall there was a...

Audi's classic four rings symbolize four automakers in Germany, who came together to produce performance cars with innovative designs and engines. Each automaker held a different division of the Auto Union AG, and Audi, led by August Horch, focused on top-of-the-line models. After World War II, factories were forced to close and a reorganized Auto Union focused on motorcycles and commercial vans.

Acquired by Volkswagen in the 1960s, Audi reintroduced itself to the modern world with the Audi 100 in 1968. As both a two and four-door sedan and fastback coupe, it evolved over the years into a luxury sedan and wagon. Many innovations followed its initial splash, the most notable being a 5-cylinder engine. It wasn't until the third generation of the Audi 100, though, in the 1980s that this luxury sedan hit its stride.

Setting the bar high for all comparable mid-size sedans, the Audi 100 introduced an aerodynamic design that not only improved handling and control, but influenced the look of many of its competitors' products. The biggest innovation was Audi's quattro technology. The 100 was the first commercially produced sedan to sport this all-wheel drive system which dispersed power over all four wheels, thereby strengthening the car's traction control, stability, and handling. Coupled with standard interior luxuries, like power seats, power sunroof, cruise control and loads of roomy comfort, the Audi 100 offered owners style, luxury, and durability in one package.

At a high cost, however. Audis were never considered economy cars, by any means, but you definitely got what you paid for. Though replacement parts and maintenance costs are expensive, owners find few faults with the Audi 100. Its engine power, easy handling, and virtually silent ride distinguish it on the road just as much as those iconic interlocking rings.