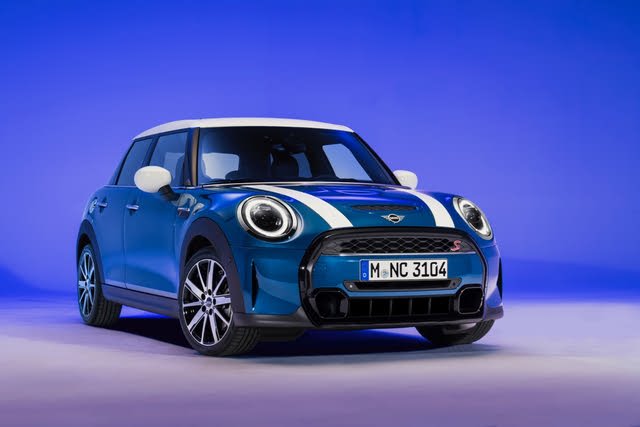 Looking for a New MINI Cooper in your area?

The iconic MINI Cooper has grown both larger and more advanced over the years, but it’s still a small, agile car with attractive styling. For 2023, MINI updated the Cooper with new tech and features.

The 2023 MINI Cooper competes against a motley crew of rivals, including the Kia Soul, BMW X1, Subaru BRZ, and Toyota GR86. If you’re reading that and wondering how the car could compete against crossovers, you may not realize how astonishingly practical the Cooper is with its rear seats folded down. It’s capable of hauling much more than a similar sedan.

In terms of performance, the Cooper’s a winner, and its zero to 60 mph times range from 5.9 seconds for the John Cooper to 7.6 seconds for the base model. MINI hasn’t elaborated on other mechanical components, but the 2022 Cooper got either a seven- or eight-speed automatic or a six-speed manual gearbox.

Every Cooper gets a larger 8.8-inch touchscreen that runs Apple CarPlay. It’s mounted inside MINI’s oddball circular dash fixture, with ambient lighting around the edge that changes colors for different driving modes. The cars’ gauge cluster is now digital, and it can be configured to show information on vehicle speed, navigation, entertainment, and more.

There is no safety test data for the 2023 Cooper yet, but its predecessor missed out on a Top Safety Pick award from the Insurance Institute for Highway Safety (IIHS). MINI includes lane departure warnings, auto-leveling headlights, and automatic emergency braking. The new car gets standard LED headlights, but nearly everything costs more. Additionally, MINI doesn’t even offer many of the most popular options for the car, except for adaptive cruise control.

Have you driven a 2023 MINI Cooper?
Rank This Car

Enter your zip to see incentives for a new Cooper in your area.