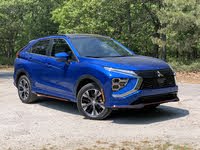 Looking for a New Mitsubishi Eclipse Cross in your area?

The Eclipse Cross has a bold new exterior design, but underneath is a dated, subpar SUV 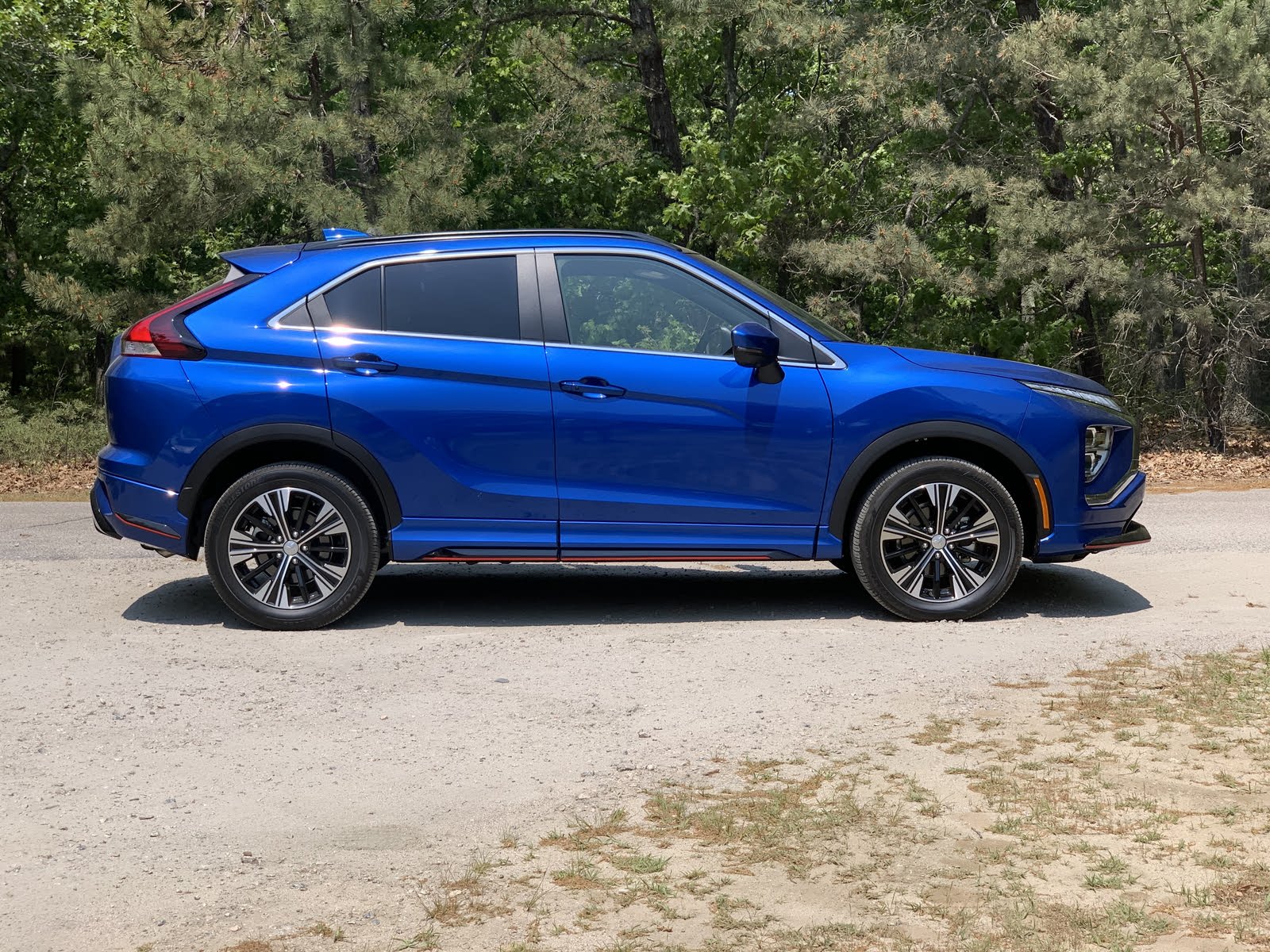 Most entrants in the compact SUV segment seem to have their own personalities. The Mazda CX-5 and Honda CR-V are upscale. The Toyota RAV4 and Subaru Forester are designed for active lifestyles. The Hyundai Tucson is all about value (but it's trending upscale). The Kia Sportage offers value and is sporty, too. But what of the Mitsubishi Eclipse Cross? The bold styling indicates some level of performance. But as we will come to learn, it can barely back that up. Modern styling would indicate perhaps some of the latest technology. You won’t find that in here either. The Eclipse Cross has a low starting price, but for what you get, other more expensive rivals are actually a better value.

There are no cliffhangers or teasers here. The 2022 Mitsubishi Eclipse Cross just can't keep up with the competition. But it does a few things right. Read on to learn what they are (ok maybe one cliffhanger). 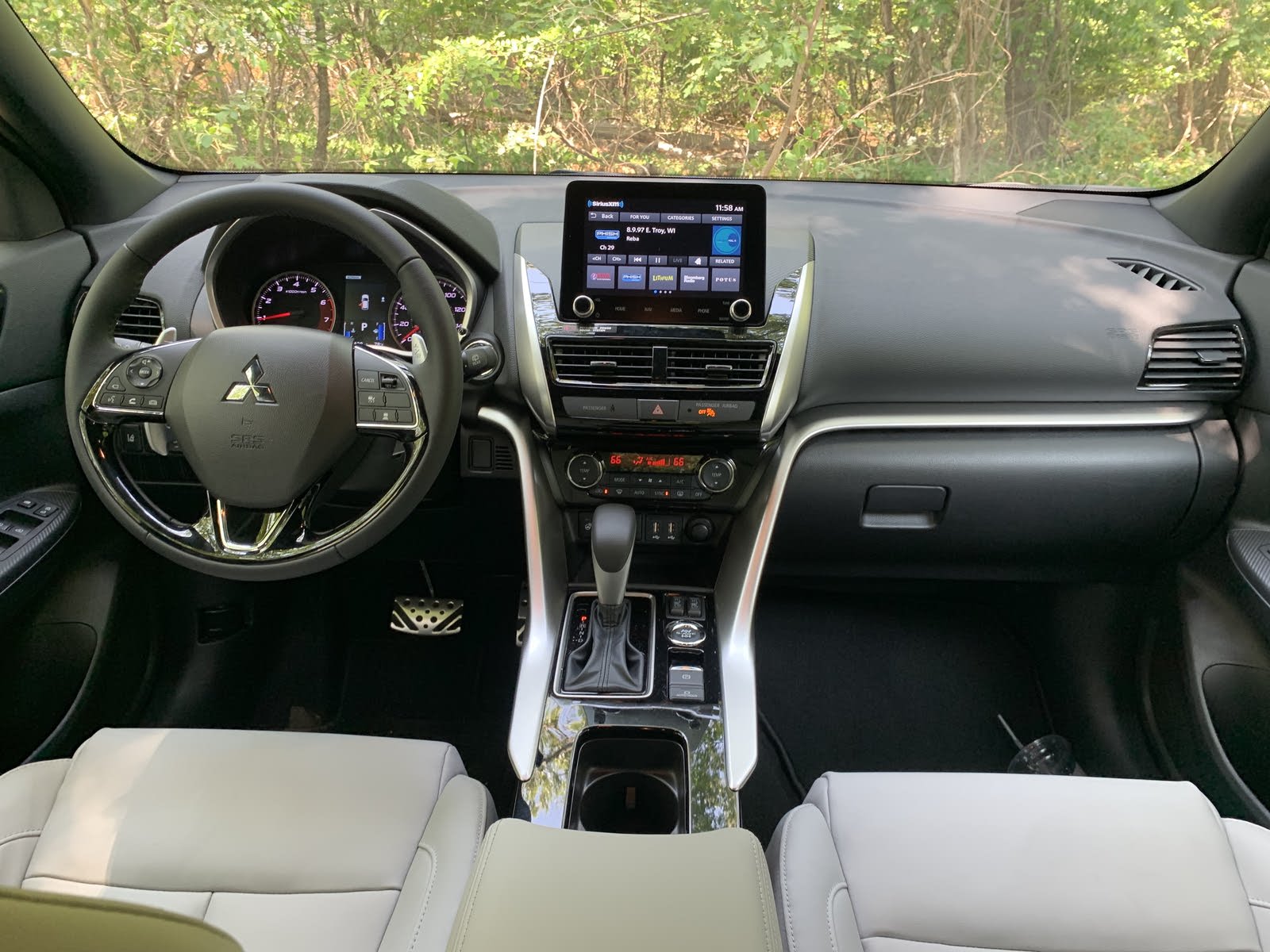 The Eclipse Cross certainly has a head-turning design. In fact, it’s one of the boldest and most futuristic redesigns in the compact SUV segment. But such a bold design sets expectations pretty high for a modern, dynamic crossover. So does the “Eclipse” name. Anyone old enough to know or care about the Mitsubishi Eclipse sports cars from the 1990s will likely be disappointed by an underpowered hatchback with a lift. And yes, Ford essentially did the same thing with the Mustang Mach-E… but the Blue Oval backed it up with a really good vehicle.

The Eclipse Cross interior looks modern enough, but closer examination reveals dated switchgear. The Eclipse Cross was introduced for the 2018 model year and has been redesigned for 2022. Though the exterior has been updated, the cabin is largely the same. The major change is new infotainment technology and the elimination of the clunky, redundant touchpad in the older version.

Despite being updated for 2022, the cabin feels dated. The overall design is sharp enough. The infotainment screen finally gains volume and tuning dials, but it does not feel like a new 2022 car. The climate controls appear to have individual dials for the left and right sides, but they are buttons on a circular bezel. It only makes you want an actual dial there more. On the plus side, the seats of our range-topping SEL trim were very comfortable around town and on longer trips. The full list of trims for the 2022 Eclipse Cross spans ES, LE, SE (Yes, they have trims called ES and SE. Don’t worry, that won't confuse anyone when car-shopping multiple vehicles), and our SEL test vehicle.

Our SEL Touring Package tries to be sporty with big paddle shifters and stainless steel paddles. The seats are very comfortable and the leather is plush, but if you can afford this high-end trim, why not buy a nicer compact crossover. The dual sunroofs are a neat touch, but the rest of the segment has already moved towards full panoramic sunroofs. The only upsize of this older design is that rear-seat or front-seat occupants can open or close the sunshade individually. 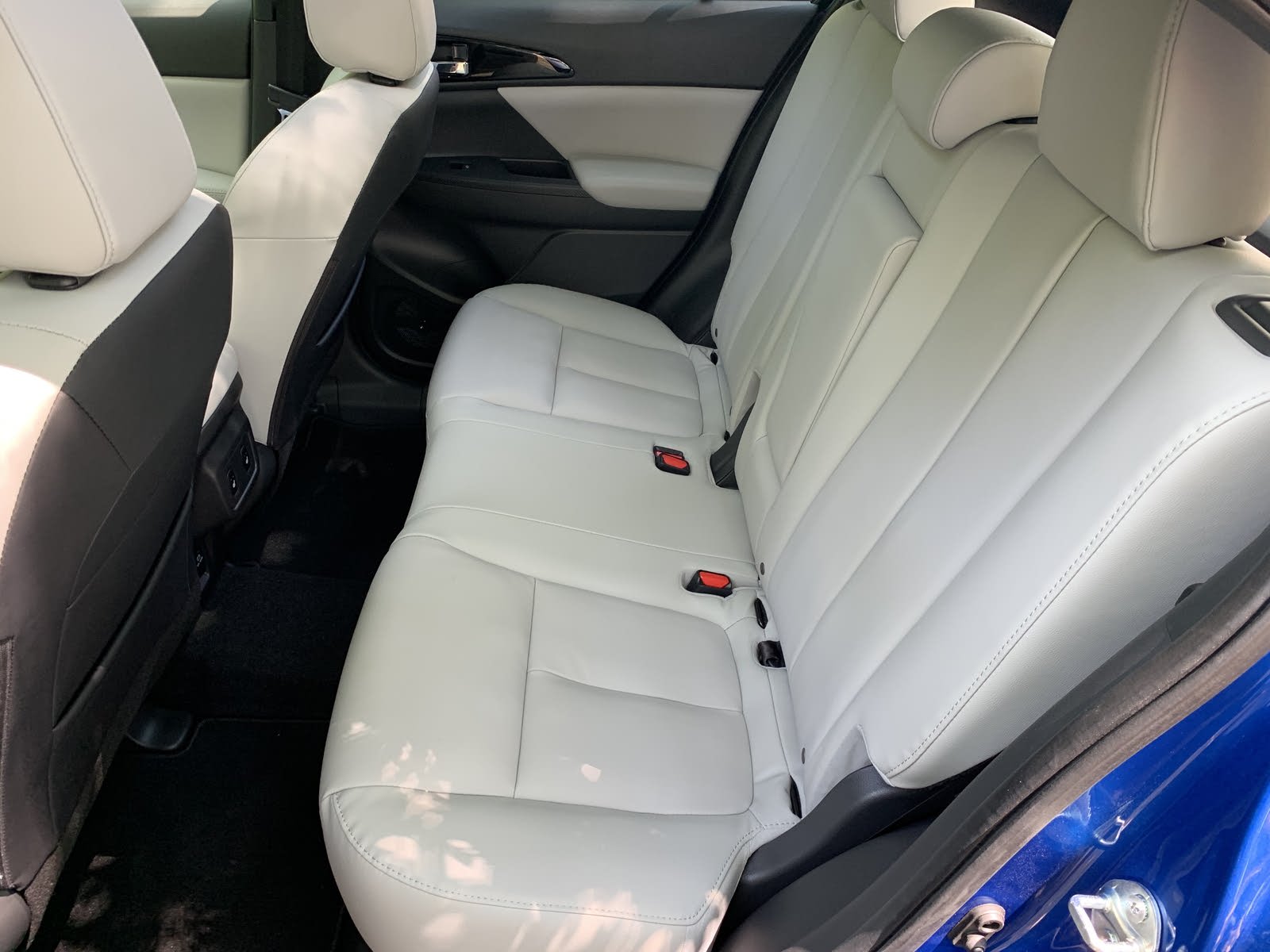 No matter what trim you select, the Eclipse Cross is powered by a 1.5-liter four-cylinder engine. It makes 152 horsepower and 184 pound-feet of torque. Power is routed through a continuously variable transmission (CVT) to the front wheels or available all-wheel drive (AWD). The horsepower is pretty anemic, even for this segment, but the torque figure is respectable. The latter helps the Eclipse Cross scoot quickly off the line from a standstill. The little engine has decent pickup around town and in parking lots, but it shows its weakness the moment you get on the highway. Step on the gas; there’s a lot of noise and not much acceleration.

The CVT has “manual” shift modes with steering-wheel-mounted paddle shifters. Keeping the revs up and downshifting actually feels somewhat sporty coming down a highway offramp. The Eclipse Cross has a decently agile turn-in and feels well-planted through a corner. Unfortunately, the steering ratio is not tight enough for the Eclipse Cross to be an actual performance SUV.

The all-wheel-drive system is called Super All Wheel Control (S-AWC), which is a little comical, considering driving over washboard bumps in the road activated the traction control light in the dash. Given everything else is dated tech wrapped in a new cover, it would stand to reason this powertrain tech is dated as well. The Eclipse Cross would make an acceptable commuter car, assuming your commute doesn’t involve rally stages. 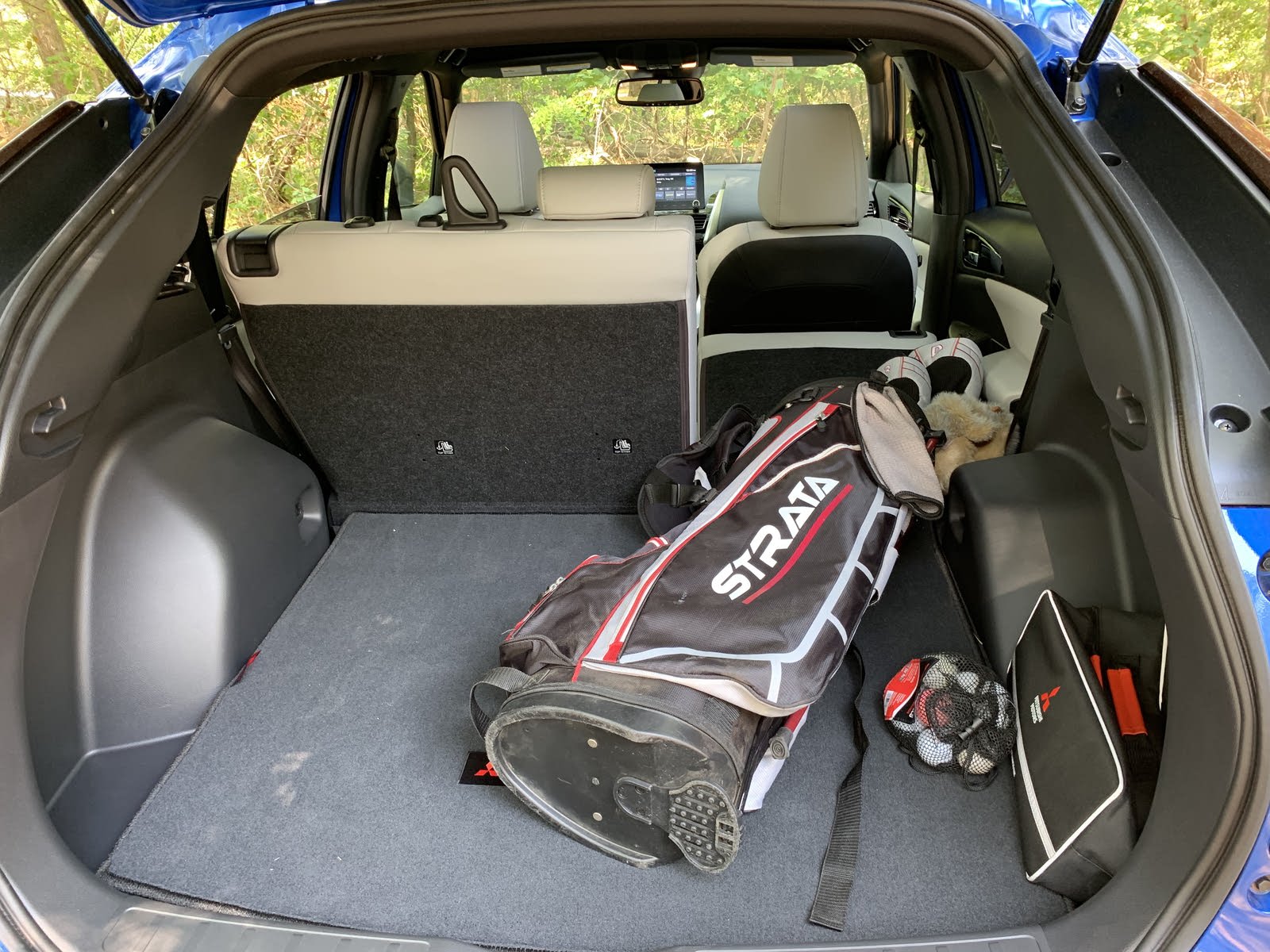 The 2022 Eclipse Cross provides up to 50.1 cubic feet of cargo space. With the rear seats in place, the Eclipse Cross delivers 23.4 cubic feet of cargo space. If you select the dual sunroofs (like on our test model), total cargo space falls to 49.7 cubic feet, and 23.2 cubic feet with the rear seats up. That’s slightly better than the outgoing model, but it's still small for the compact SUV segment, where rivals routinely provide upwards of 70-75 cubic feet. Mitsubishi doesn’t offer a power liftgate, nor does it offer a hands-free power liftgate.

At least Mitsubishi got rid of the split-rear window of the previous model. It featured a spoiler obstructing a large portion of the rearview mirror. The new design does away with that, and there’s better rearward visibility.

Mitsubishi also removed the infotainment touchpad, which opened up the all-important center console space. There is a helpful tray below the climate controls, and there is decently sized space in the center console compartment, as well as the in-door trays. 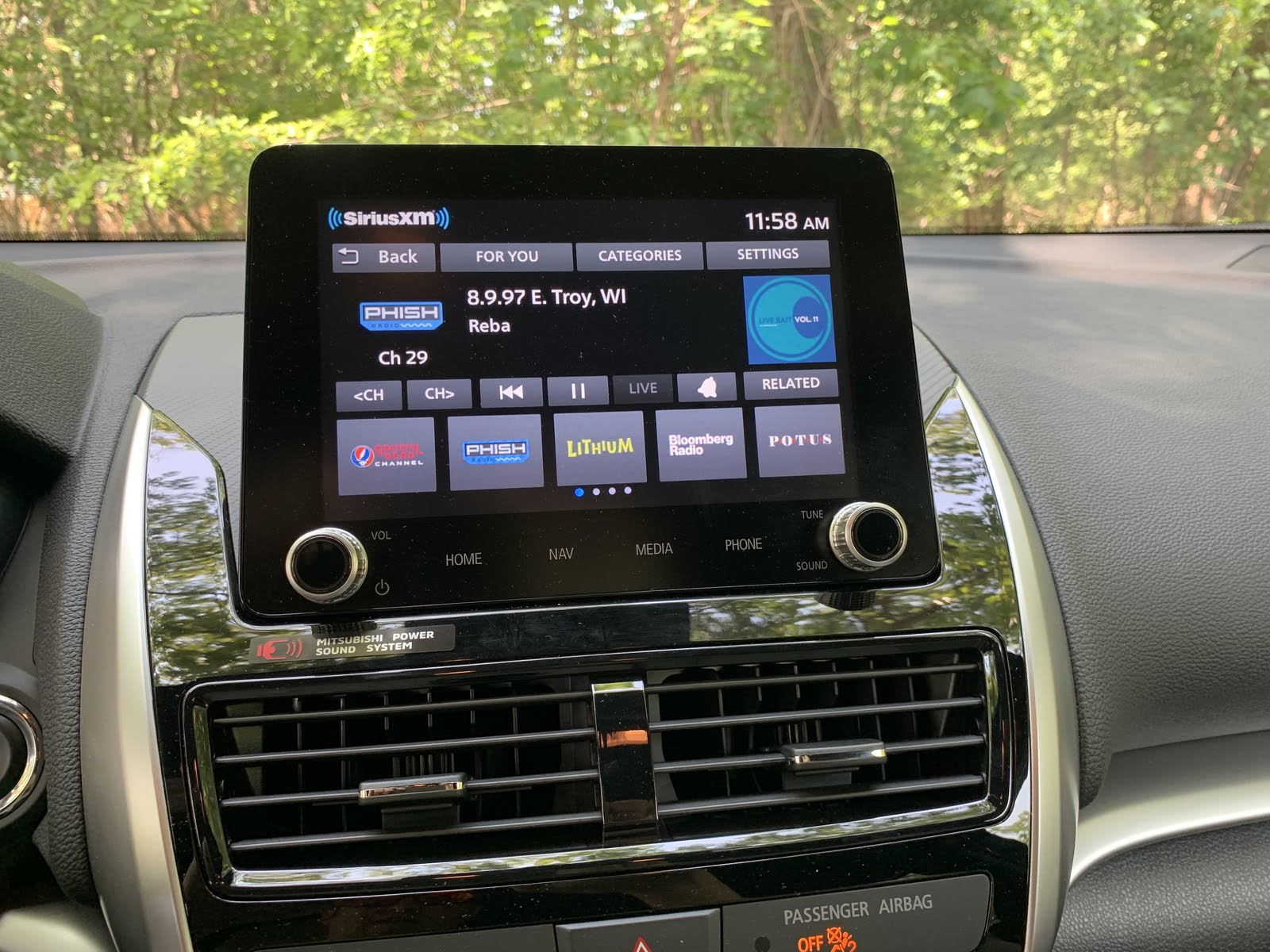 Mitsubishi has drastically improved its infotainment, but like many other things in the cabin, it feels dated. The new(er) screen is a couple of inches closer to the driver’s reach than the previous screen. It also has real buttons and dials right up on the bezel. Mitsubishi has done away with the frustrating, redundant, and space-occupying touchpad controller. These are all steps in the right direction, but both the standard 7-inch and available 8-inch touchscreens look dated compared to the latest infotainment systems from rivals. The upside of dated tech means the engineers have had plenty of time to work the bugs out. It should come as no surprise that this system is very responsive.

Our test car came with Apple CarPlay and Android Auto, which is not standard equipment. Nearly every other compact SUV provides these connectivity features as standard equipment, so this is another area where Mitsubishi might have one of the lowest starting prices, but can’t claim much value for that price. 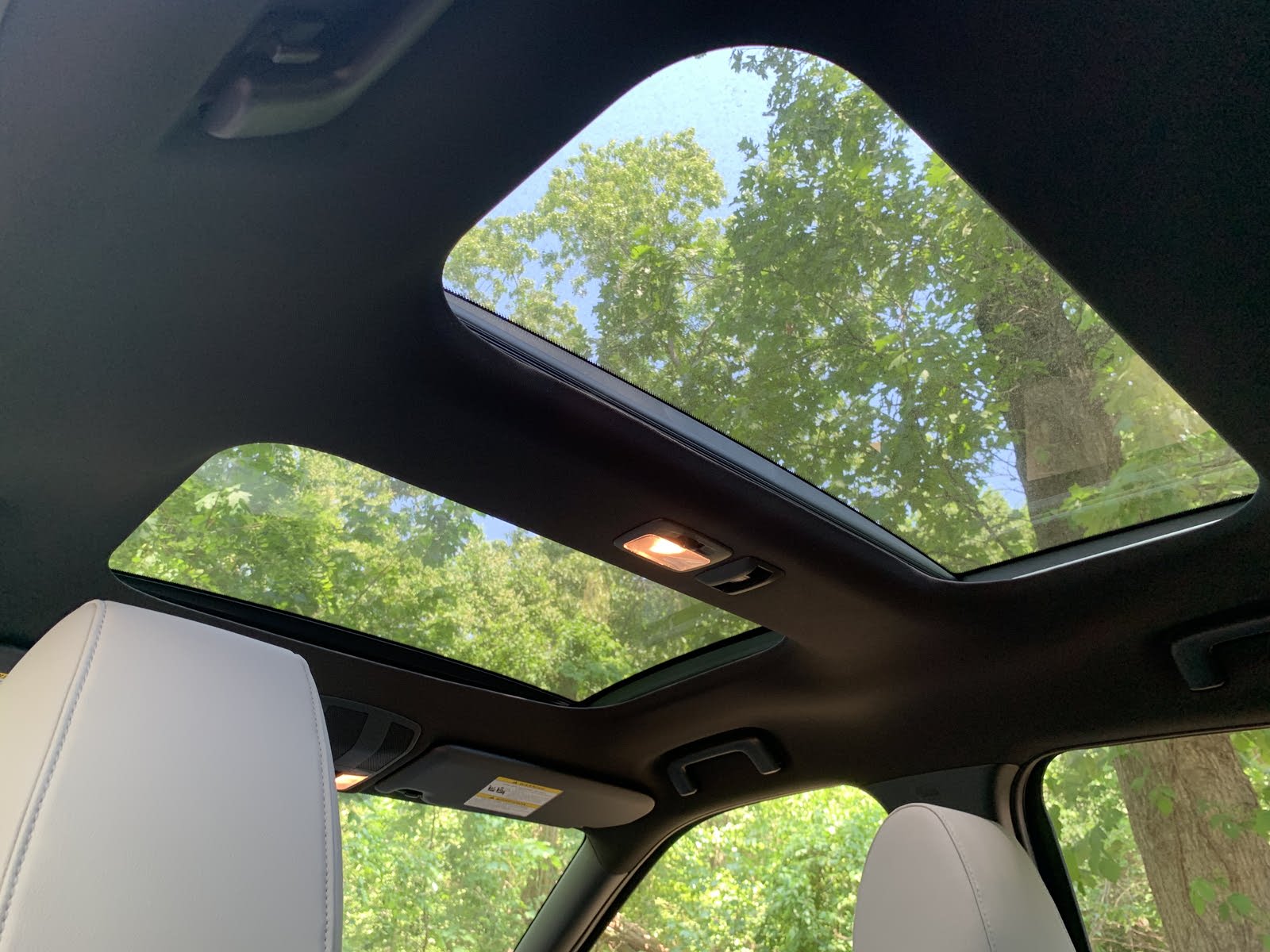 The Eclipse Cross comes standard with a handful of advanced driver assistance features. These include forward-collision warning, automatic emergency braking, lane departure warning, and pedestrian detection. There are a number of available driver assistance features, some of which are standard on rival compact SUVs. If you want features like rear parking sensors, blind-spot monitoring, rear cross-traffic alert, adaptive cruise control, or a surround-view parking monitor, you’ll have to pay extra.

The Eclipse Cross is also available with a head-up display. Unlike most head-up displays offered in modern cars (which project directly onto the windshield), this is a separate glass screen that extends from the dash. It takes about 10-12 seconds to deploy, and it felt cheap in our tester. Mazda has used a similar system for its head-up displays, but they deploy more quickly and have better graphics. 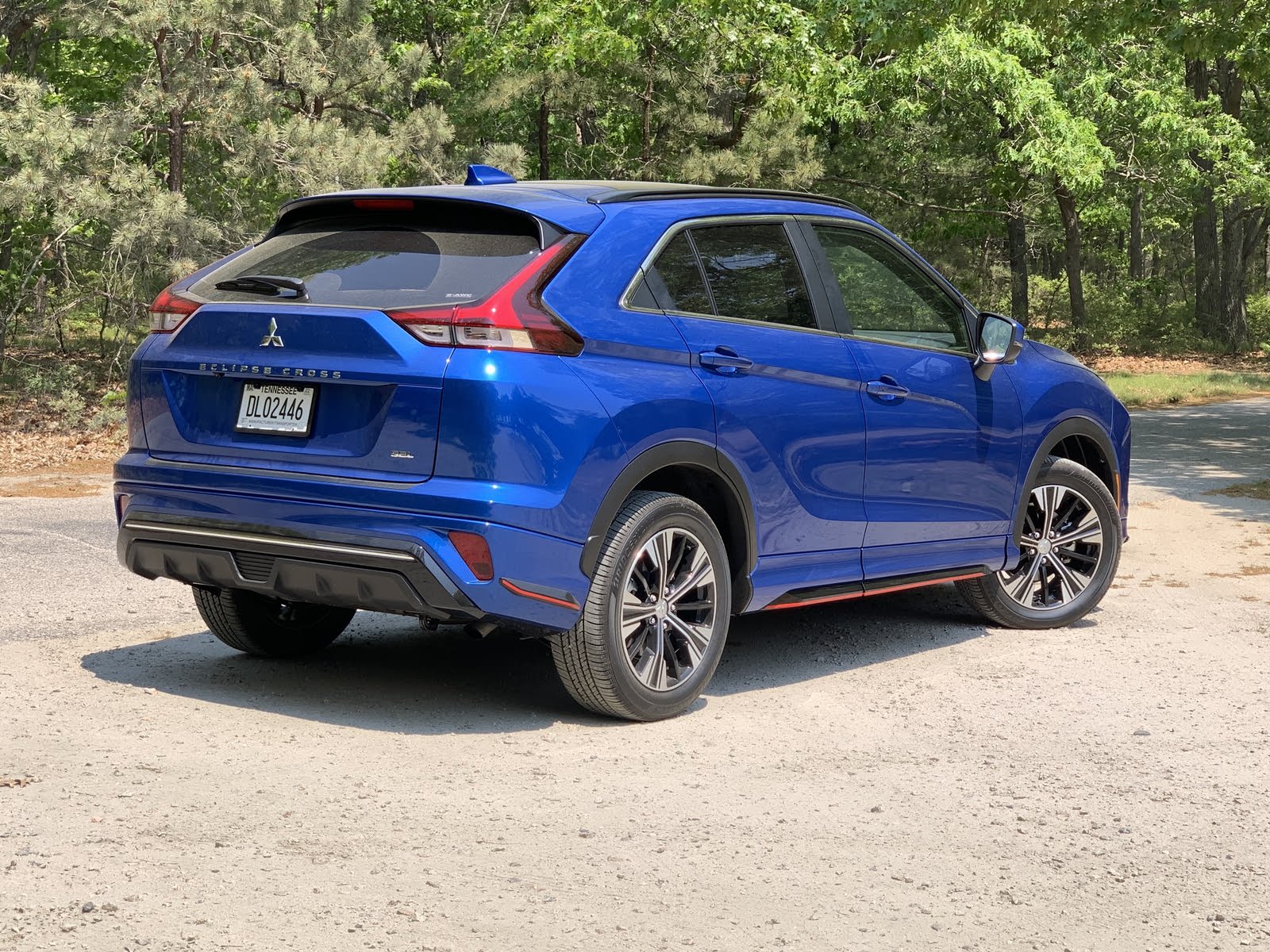 For that price, you get an SUV that less cargo space than other compact SUVs is not very athletic, and has dated technology. It begs the question: Mitsubishi positions the Eclipse Cross as an “affordable compact SUV,” but what do you get for that price? To outfit it like our test model costs more than $34,000, which negates the cost angle. Its starting price is only about $1,000 or more below some of the class leaders, which are far better vehicles. The Kia Sportage and Jeep Compass cost less or about the same, and are also far better vehicles.

The Eclipse Cross does have a great warranty of 10 years and 100,000 miles. So it’s got that going for it. We’ve often said there are “no bad cars anymore,” but there still has to be a worst. That superlative may go to the Mitsubishi Mirage, but as compact SUVs go, you’d do well to look anywhere other than the Eclipse Cross.

What's your take on the 2022 Mitsubishi Eclipse Cross?

Harry Sometime last month, I was reading an article on medium and I came across a comment about a group of Hackers (Metronet Credit Solution) who could increase credit score to 750 and above, it caught my attention because I had a very poor credit score, I needed a car for my family and a better house too. But I couldn’t because my credit was in shambles, so contacted them for fix, and they helped me fix my credit. They cleared the negative reports, and increased my score. They did all these in less than 13 days. I never thought this was possible, you can reach out to them via; EMAIL: metronetcreditsolution@gmail.com/ PHONE: 205 518 3032. Thank me later.

Have you driven a 2022 Mitsubishi Eclipse Cross?
Rank This Car

Enter your zip to see incentives for a new Eclipse Cross in your area.