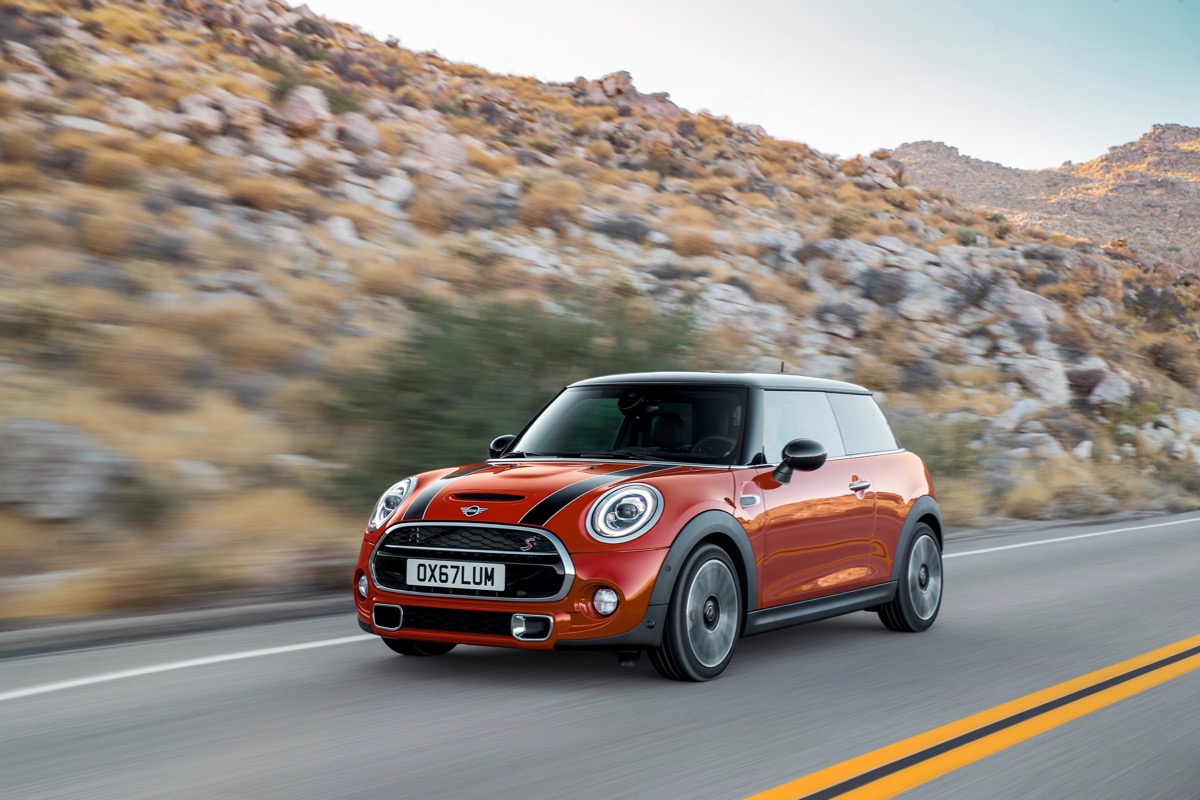 Looking for a New MINI Cooper in your area?

The MINI Cooper brings driving fun and quirky design in a nostalgia-driven package. 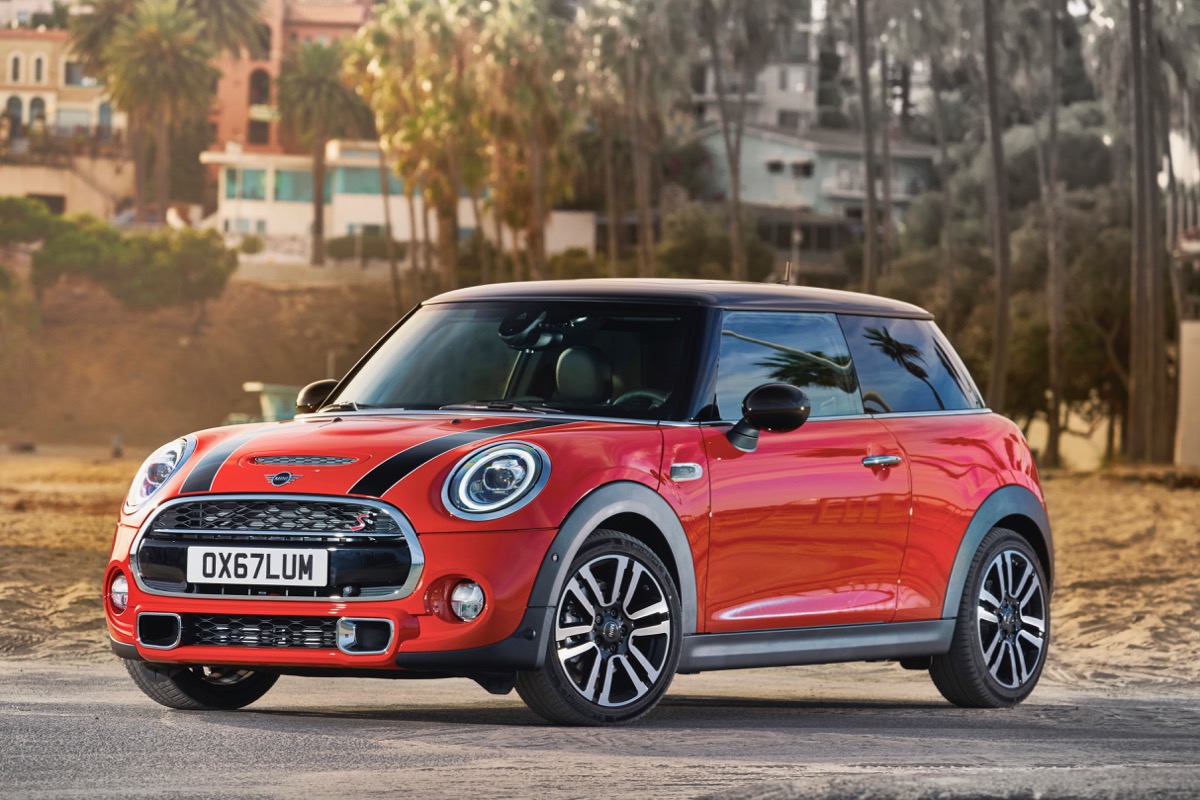 The MINI Cooper is a funky little car with a big attitude that screams nostalgia. The BMW-owned automaker marches to the beat of its own drum, and while the MINI Cooper isn’t the most practical or best equipped car in its class, its unique styling and classic fun-loving attitude will be just what the doctor ordered for many buyers.

The Cooper is available in body styles that include the two-door Mini Cooper Hardtop, a four-door hardtop, and a convertible. Other variants of the Cooper go by different names, such as the larger MINI Countryman crossover and the Clubman wagon.

The MINI Cooper's odd place in the market pits it against several competitors from various classes. New car buyers may cross-shop the Mazda MX-5 Miata, BMW 2 Series, Kia Soul, Kia Seltos, Subaru BRZ, Toyota GR86, Hyundai Kona, or Mazda MX-30 when making a buying decision on the MINI. Prior to their discontinuation, the Ford Fiesta and Honda Fit were solid Mini competitors as well. 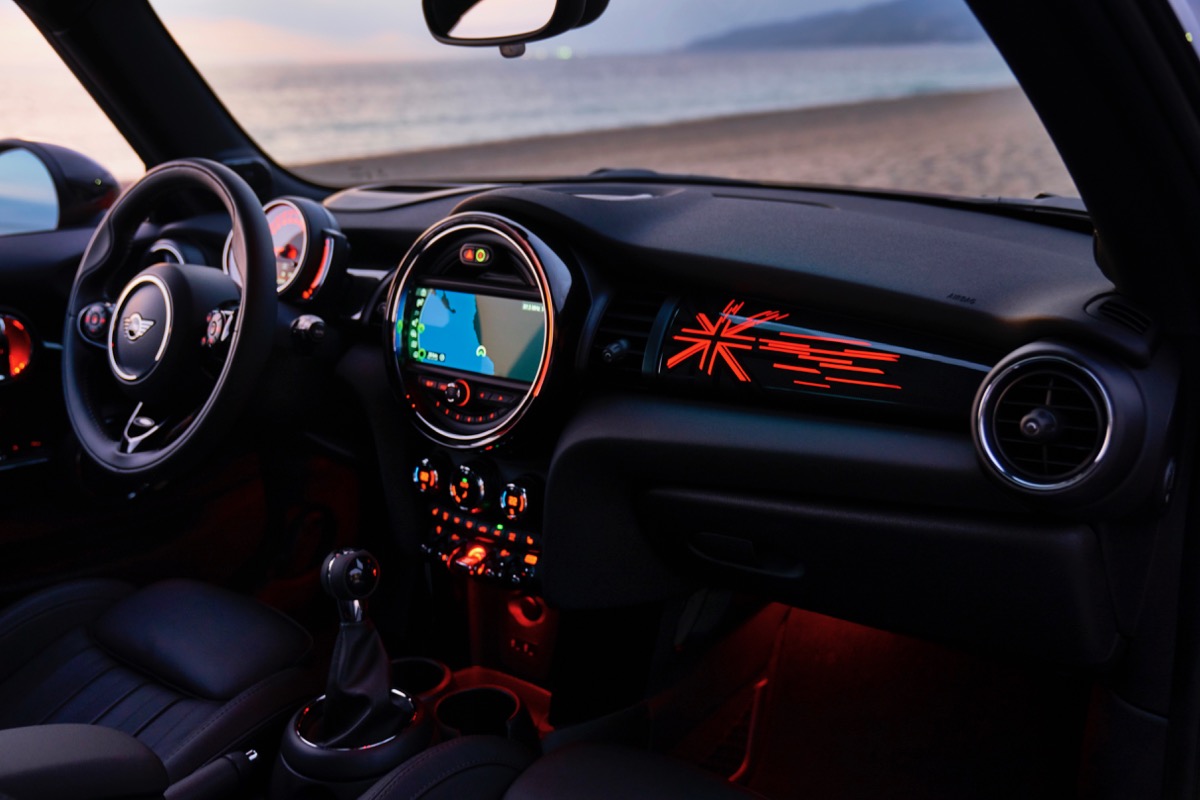 Few cars carry styling as iconic as the MINI Cooper. Perhaps only the Jeep Wrangler is as immediately recognizable. The MINI’s rounded shape, tidy dimensions, and wide variety of available color choices all help set it apart in a surprisingly crowded subcompact car space. Mini offers several customization options for the exterior and top, as well as graphics for the roof such as a Union Jack flag. There are Easter eggs hidden throughout as well, like the Union Jack taillights. Though small, the MINI Cooper is larger than the original Mini, and the automaker offers wheel and trim upgrades depending on the model.

The unique styling cues continue inside, where the MINI Cooper’s seats, dash, and center stack all follow the same design language. That means plenty of circles and rounded shapes, a super-funky infotainment touchscreen design mounted inside a circular light ring, and circular air vents. The MINI’s cabin is generally high quality and feels nice throughout, but there’s no getting around its lack of space. The back seats are best used as package shelves, because even children will be left wanting more space in the small car. 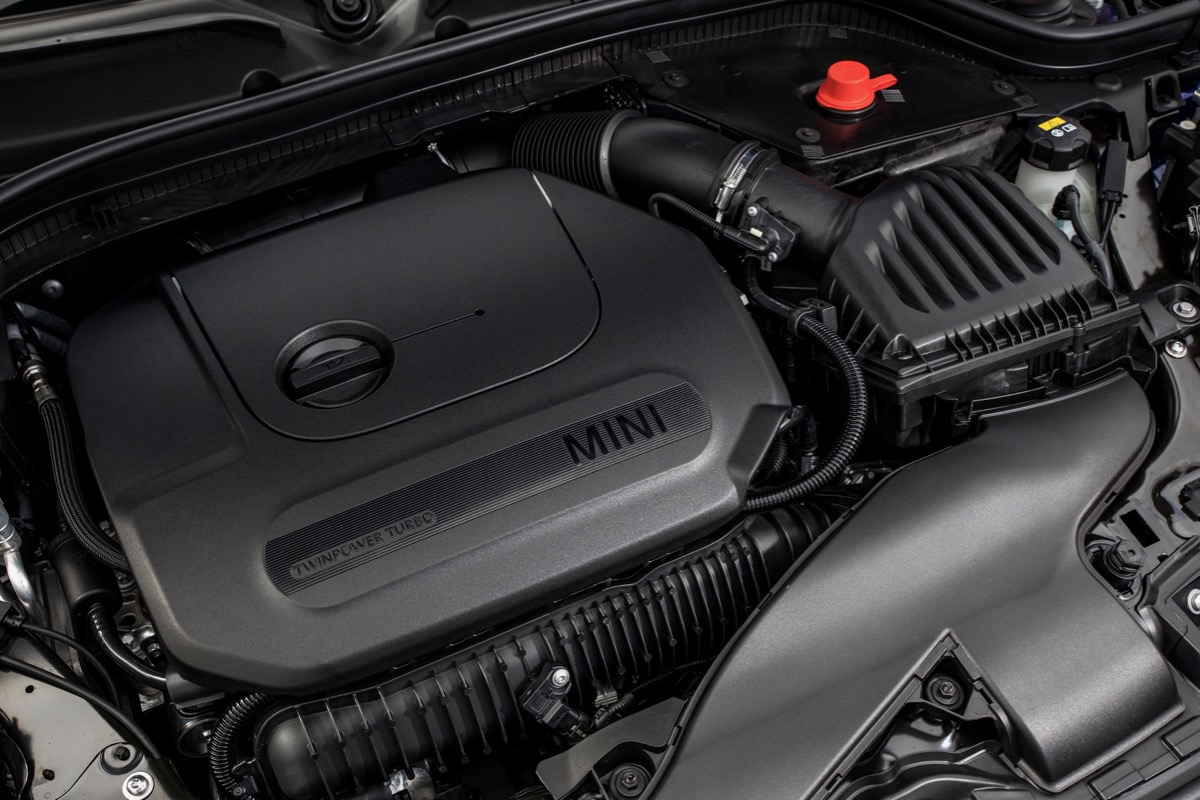 MINI offers four powertrain options for the 2021 Cooper, depending on the trim. The base model's engine is a turbocharged 1.5-liter three-cylinder with 134 horsepower. The Cooper S gets a turbocharged 2.0-liter four-cylinder with 189 hp, the John Cooper Works (JCW) gets a 228-hp turbo-four, and the John Cooper Works GP gets a 301-hp turbo-four. Front-wheel drive (FWD) is standard for all cars. A six-speed manual is standard for the Cooper and Cooper S, while a seven-speed automatic is available as an option. The John Cooper Works GP gets an eight-speed automatic transmission.

No matter the drivetrain or specs, the MINI feels spritely and energetic, thanks to its diminutive size. The turbocharged four-cylinder engines do pull noticeably harder than the three-cylinder engine, however, which is a difference especially felt at highway speeds. The new JCW GP model feels like a proper rocket ship and offers the best acceleration of the bunch.

All Cooper models have a somewhat stiff ride that can become tiresome on long drives. Small imperfections in the road surface feel larger than they are, and the car can feel twitchy at times at higher speeds. The tradeoff here is that the Cooper feels agile and ready to change direction at a moment’s notice in cornering, which makes it an engaging and fun car to drive in most situations. Just don’t expect to be coddled.

EPA fuel economy ranges wildly, depending on the configuration. The most efficient MINI Cooper is the Convertible, which delivers 28/37/31 mpg city/highway/combined. The Cooper S Convertible returns worse fuel economy than that, at 23/32/26 mpg. 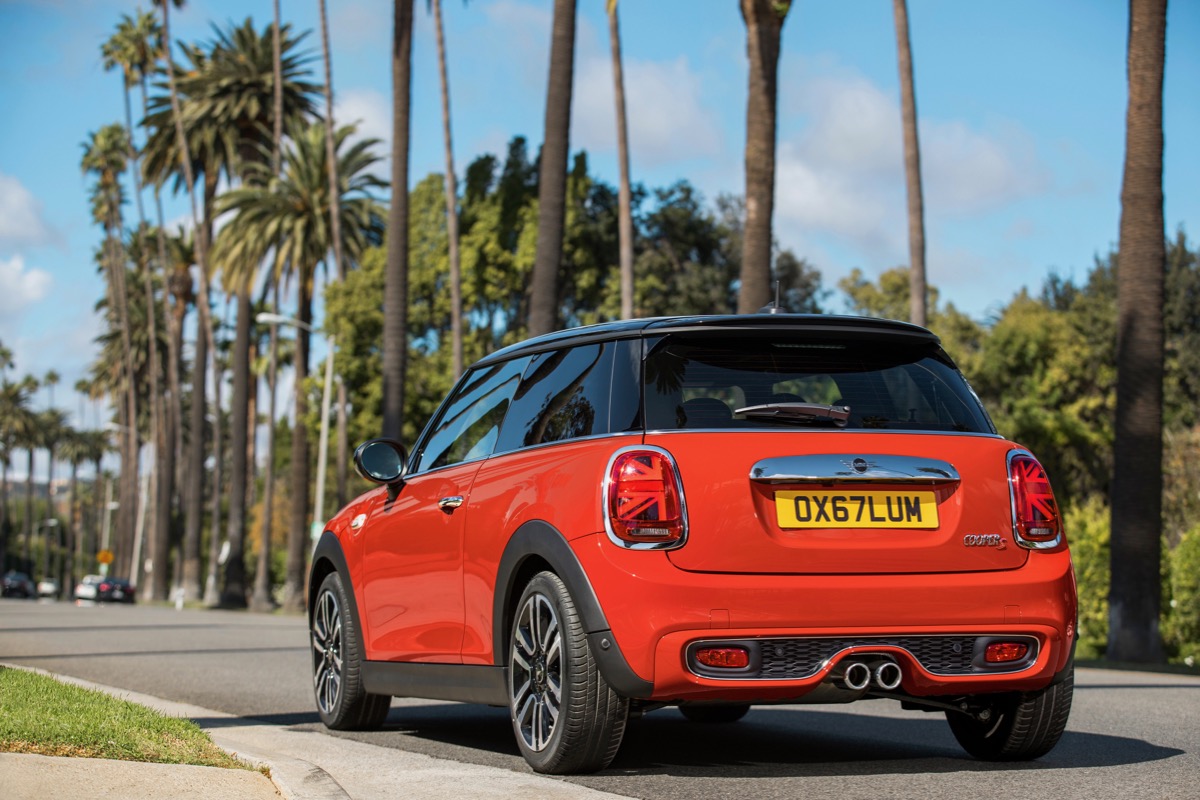 MINI’s commitment to its heritage continues with the Cooper’s interior, where the rear seat is far more usable as cargo storage than it is as something meant for a person. That said, the front seats are plenty comfortable and offer a decent amount of head and legroom for the average adult. Taller drivers may find a hard time with knee placement in the driver’s seat, as the MINI’s dash shape creates the perfect knee-bashing spot below the steering column. The front cabin area is comfy but there’s no escaping the lack of overall space in the car.

Interior storage is similarly tight, as the center console storage spot is no bigger than a smartphone from 2008 and the door pockets aren’t much better. Cooper Hatchbacks offer decent space in the cargo area and the back seats fold down to open up more storage. Convertible models feature a small cargo hold under the folding top compartment, but very little usable space in the back. 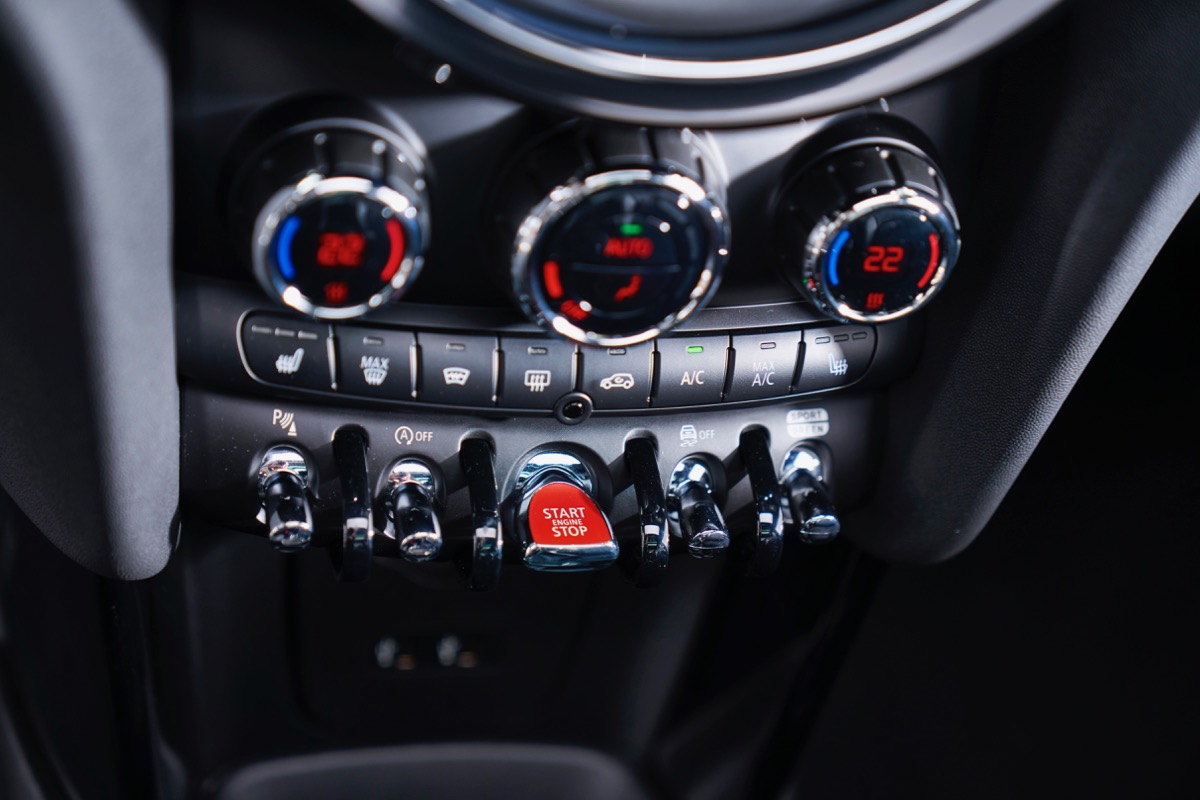 MINI isn’t the most generous automaker when it comes to standard features. The base screen is a 6.5-inch unit, but an 8.8-inch unit is available that brings SiriusXM satellite radio, Apple CarPlay, and more. Optional features include a Harman Kardon sound system, automatic climate controls, and LED headlights.

The good news is that MINI includes more physical controls than some automakers, which greatly improves the technology experience and makes everything easier to use while driving. MINI does not, however, include Android Auto in the Cooper at any trim level, so more than half the smartphone market is left to rely on a standard Bluetooth connection.

Since it’s part of BMW, MINI uses its parent company’s infotainment software. That means a useful physical iDrive controller in the center console. Unfortunately, the car’s armrest and ultra-tight space between the front seats make it difficult to reach, see, and use. Some people may find an easier time interacting with the screen via touch control and forgetting about the controller altogether. 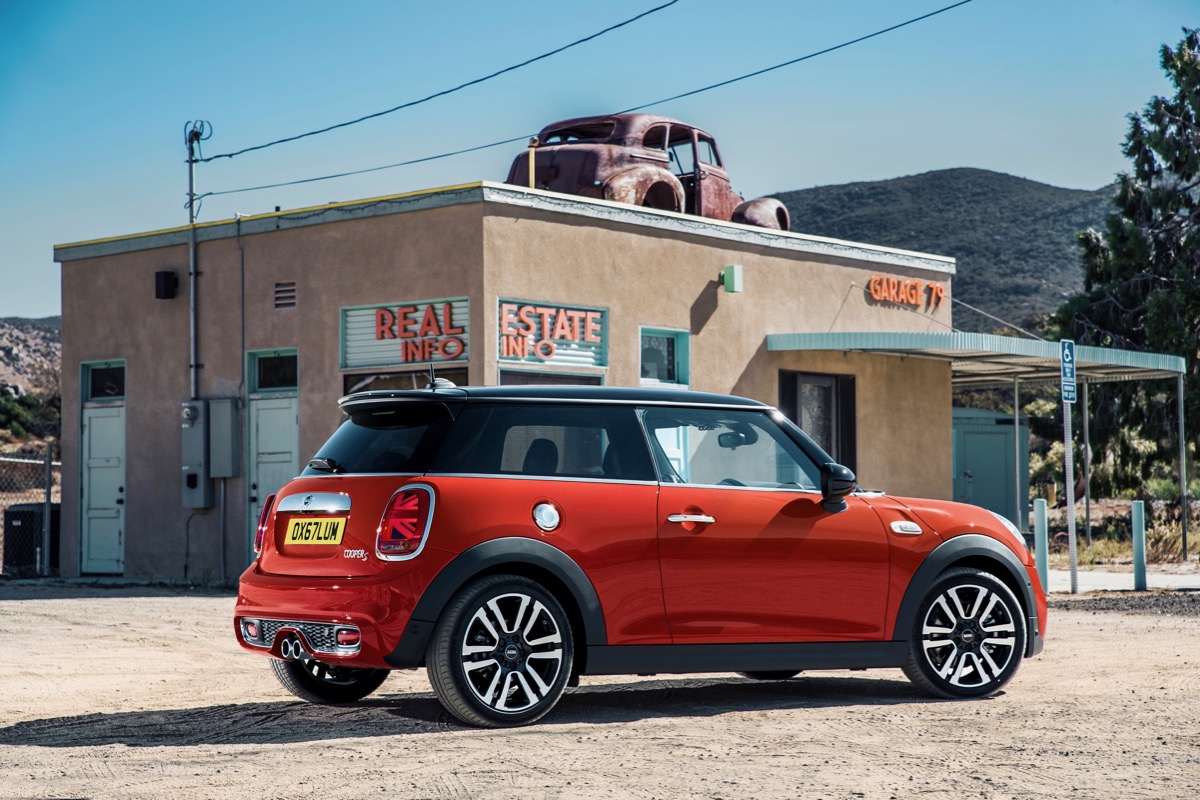 The 2021 Mini Cooper missed out on a Top Safety Pick designation from the Insurance Institute for Highway Safety (IIHS). The car scored top "Good" ratings in crash tests and either "Acceptable" or "Poor" ratings for headlights. The standard front crash prevention systems earned "Advanced" scores and the car’s LATCH system earned a "Marginal" rating for ease of use.

The National Highway Traffic Safety Administration (NHTSA) has not yet rated the 2021 MINI Cooper and did not score the 2020 model.

The only standard driver-assistance features that Mini includes at no extra charge are forward collision warning, automatic emergency braking, and rear parking sensors. All other safety features are optional, and include front parking sensors, a parking assistance system, adaptive cruise control, and lane departure warning. 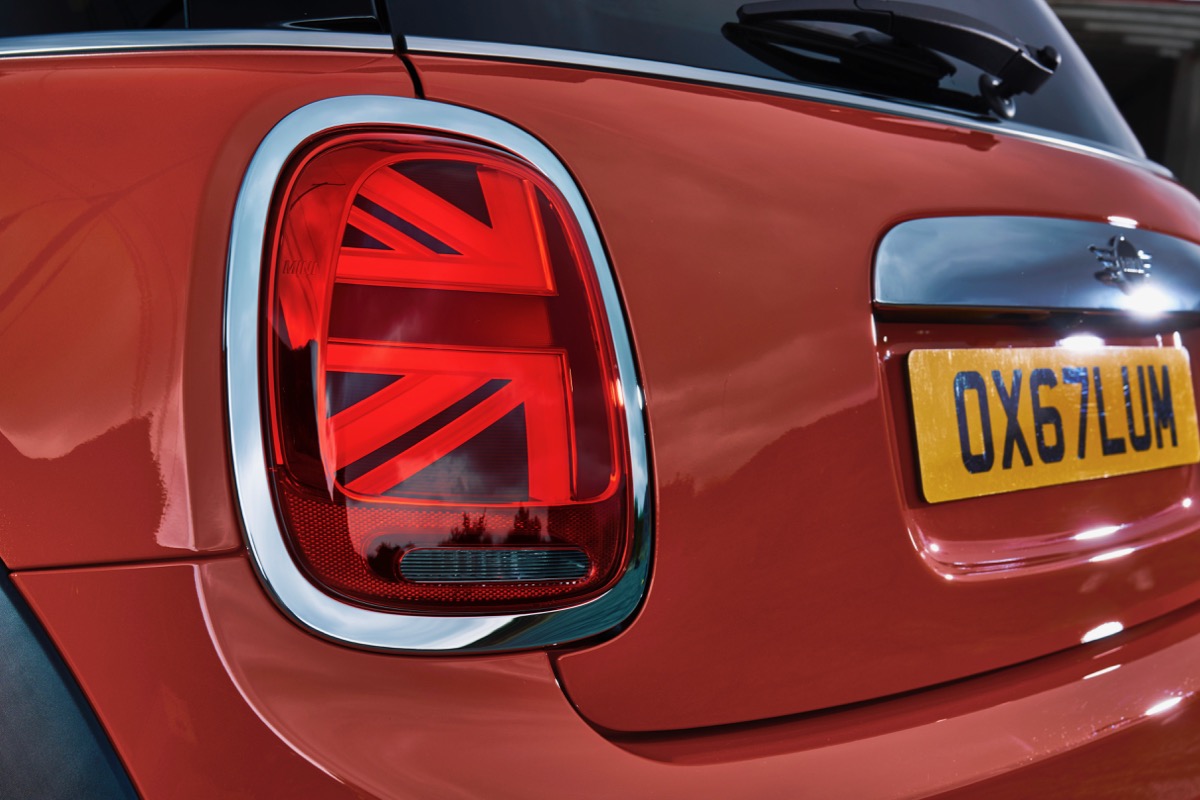 Unfortunately for MINI hopefuls, the car’s size does not equate to an equally tiny price tag. The MSRP starts out at a reasonable level—around $20,000—but balloons to almost $30,000 for the Cooper Convertible. That’s a lot of money for a car that still requires added-cost options for the most desirable features. Additionally, the Cooper’s size makes it impractical for buyers that need to transport more than one other person, and nearly impossible as a daily driver for parents.

In the MINI’s segment, the Mazda MX-5 Miata, BMW 2 Series, Volkswagen Golf, Kia Soul, and others offer better value and more accessible options. They don’t offer the same driving experience and built-in heritage that the MINI brings, so buyers will have to weigh the tradeoff between value and nostalgia when deciding between the Cooper and one of its competitors.

Have you driven a 2021 MINI Cooper?
Rank This Car

Enter your zip to see incentives for a new Cooper in your area.

My Car Categorized By You As "OVER PRICED"! What Gives?!?

What's going on guys?!? Showing my car as "OVERPRICED" when it's the lowest GP you listed right now and others that are priced higher listed as fair and good deals...what gives?!? KBB has the rang...