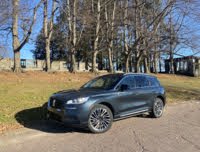 Looking for a Used Corsair in your area? 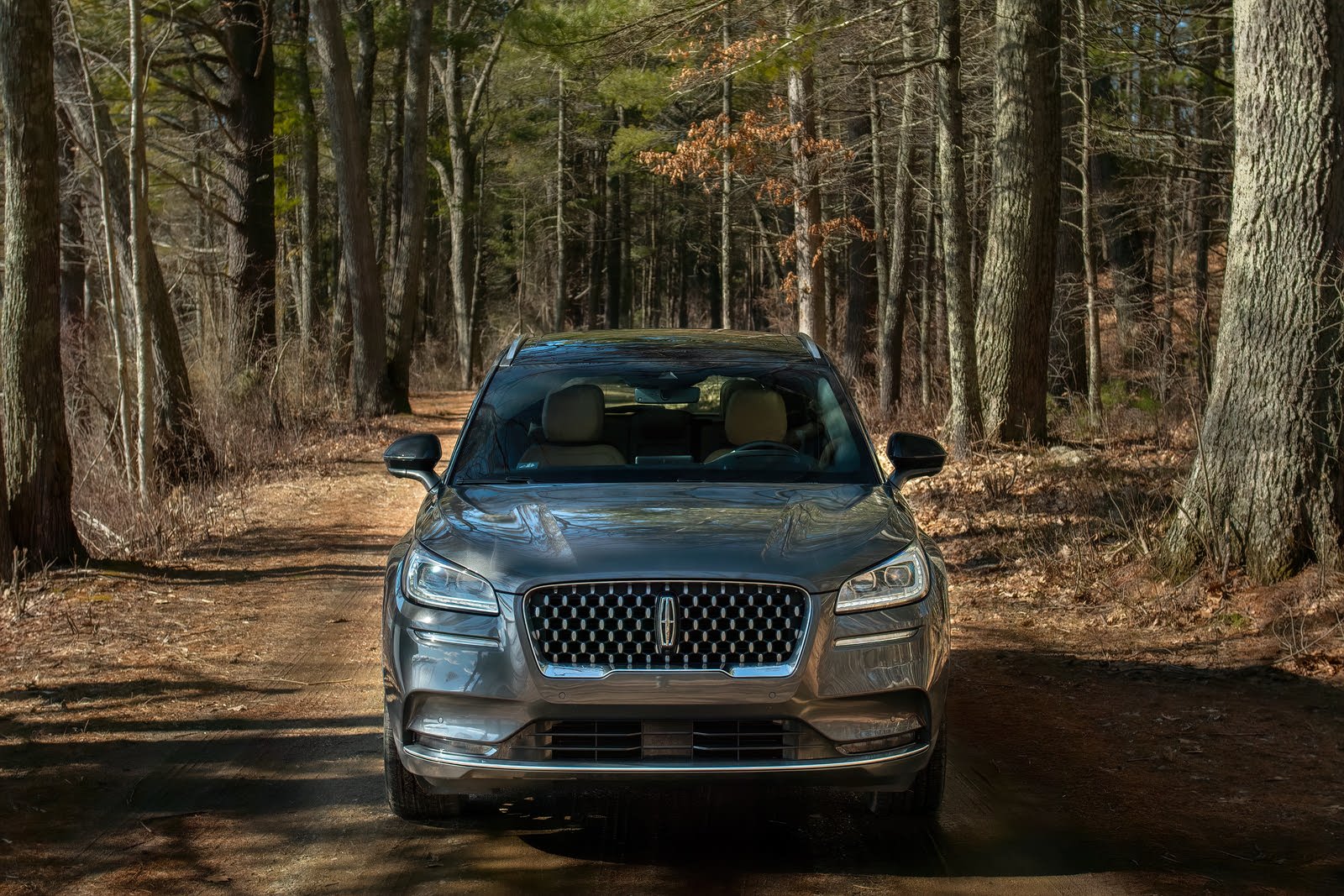 The 2020 Corsair replaces the MKC as the most entry-level Lincoln in the lineup, and it doesn't look the least bit short on style. If you haven't checked out a new Lincoln SUV, you're missing a brand resurgence. We've tested all four of them during the past couple years and came away pleasantly surprised each time. The 2020 Corsair's not any cheaper than the MKC was, and you risk reliability concerns on a car in its first model year, but I would recommend a Lincoln Corsair over an Audi Q5, Mercedes-Benz GLC-Class, Infiniti QX50, or Jaguar E-Pace. Here's why. 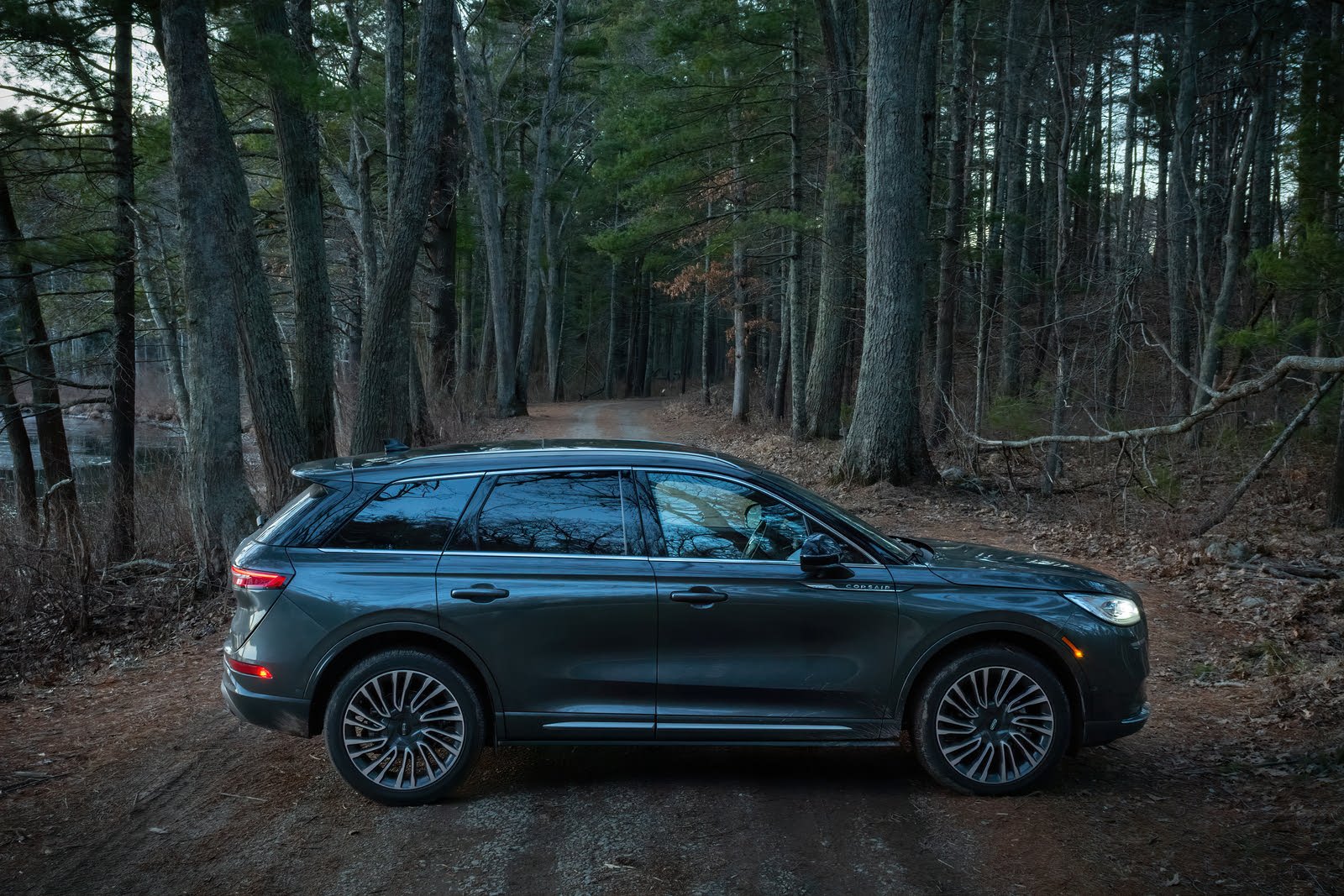 Luxury cars aren't legitimate unless they look special, especially when the luxury brand is owned by a mass-market automaker. I'll clear the air on the Corsair: It never, ever feels like a Ford. While the chassis and some of its powertrains share duties with the Escape, the Corsair sits in its own gene pool. Every single body panel and trim piece is unique to Lincoln. While the new Escape comes off like a goofball, the Corsair exudes refinement. A low hood line and a restrained chrome grille—not open-mouthed or exaggerated as the trend is now—blend with teardrop headlights. From a distance, the J-shaped LED running lamps could be mistaken for a Jaguar's.

Come closer. You'll find a tall roof that gently slopes from the B-pillar and ends on a Land Rover-like edge. The clamshell tailgate, which cuts around the taillights instead of splitting between them on the fenders, is an elegant piece not unlike the Audi Q5's. The thin taillights with the connecting strip reminded me of a Porsche Cayenne. Lincoln borrowed some cues from leading luxury SUVs, for sure. But the end result is all its own. The body sits low on optional 20-inch wheels with a dizzying array of spokes, and the lack of a model designation on that tailgate—plus "Lincoln" spelled out wide—is a confident gesture by the designers. Instead, the model name is on each front door, integrated with the car's shoulder line. All together, it's unique and elegant.

The Mercedes-Benz GLC has the most riveting dashboard in the segment, though the Corsair's comes in a close second. Rich materials and details surround the cabin, such as the curved matte-finish wood on the dash that extends behind the touchscreen and is inset above a thick strip of leather with contrast stitching. This plays off the long, horizontal air vents and a set of gear-selector buttons that, with the center stack, appear to float in the air. Chrome trim adorns the vents, the toggle switches for the headlights and climate, and even the stalks on the two-tone steering wheel, which features two thumb joysticks to control the stereo and digital instrument panel.

Demerits: The lower portion of the dash seems unnecessarily tall and full of hard plastic, plus the center console is matte black plastic instead of the polished finish on the center stack. But mostly, the Corsair feels like the expensive car it is. Color combos, like the tan and black in my test car, are fashion-forward. 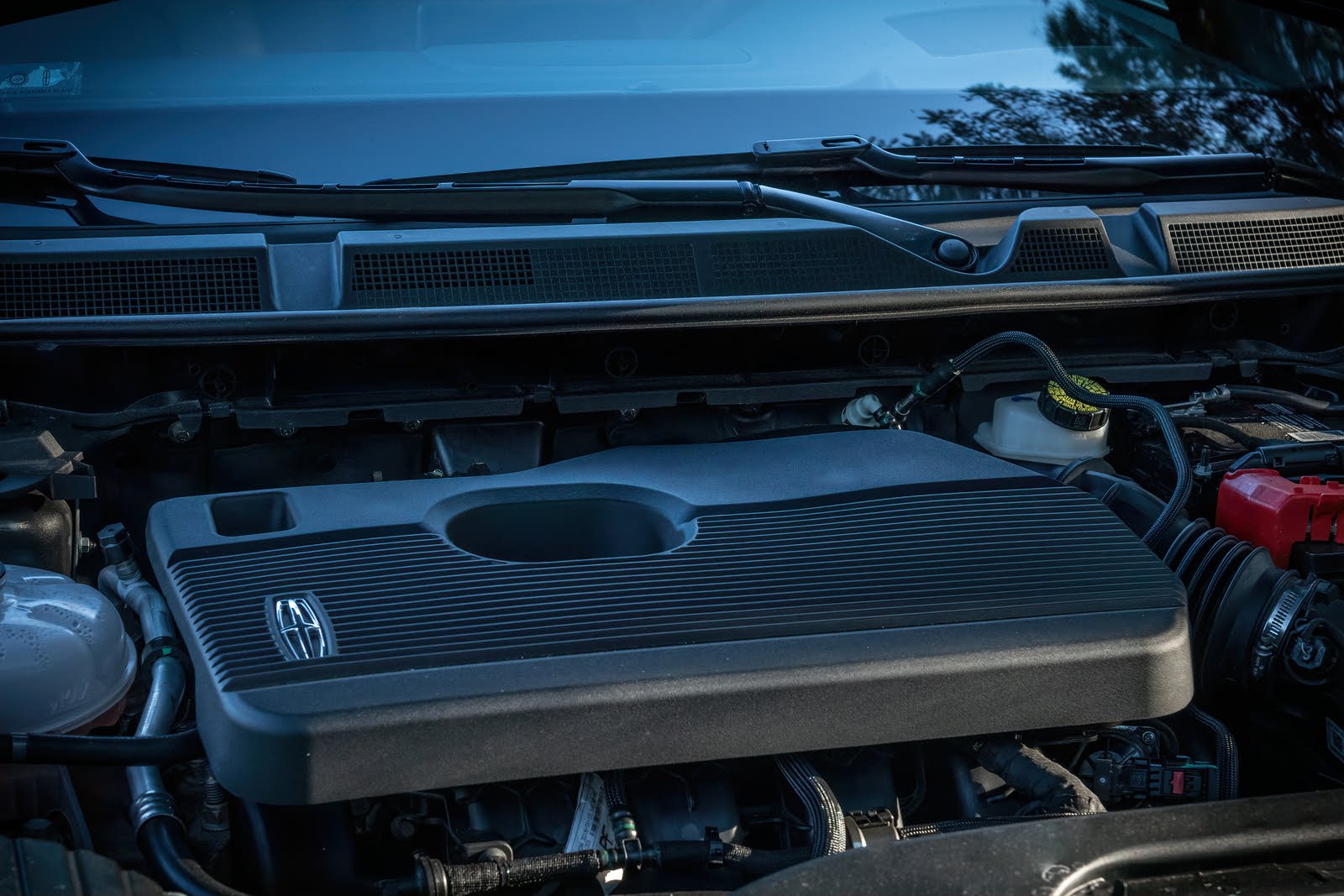 Lincoln offers a pair of turbocharged 4-cylinder engines that each link with an 8-speed automatic transmission, which can occasionally hiccup when starting from the lower gears. Otherwise, it's a smooth affair that keeps these torque-happy engines in their powerbands. The 2.0T trim has a 2.0-liter with 250 horsepower and 280 pound-feet of torque. Front-wheel drive (FWD) is standard, and all-wheel drive (AWD) is optional. AWD is the only choice with the 2.3T trim, which shares a 295-hp, 310 lb-ft, 2.3-liter engine with the Mustang. This is a great engine in every respect except for the loud, thrashy racket it belts out when downshifting with the paddles. Leave the transmission to sort gears for itself and the Corsair does fulfill Lincoln's mission statement in building a "quiet sanctuary." But it's not the best 4-cylinder engine in the premium segment. That belongs to BMW.

What the steering lacks in road feel, the body makes up for with total and complete control. This kind of steady composure at high speeds was lacking in the softly sprung 2020 Mercedes-Benz GLC 300 I tested. This is no Town Car. The Corsair will sail down the road like that, too, but over dips, rises, and bumps, it always feels surefooted and rock-solid. Funny how an American car's suspension feels more German than one in a Mercedes. Adaptive dampers come standard with the 2.3T, and while they firm up the ride in Excite mode (Lincoln's version of Sport), the overall driving experience isn't that sporty. And that's okay. The Corsair isn't fun to drive. The brake pedal is soft on the initial bite, too. It's incredibly comfortable, and over long commutes, that pays dividends. 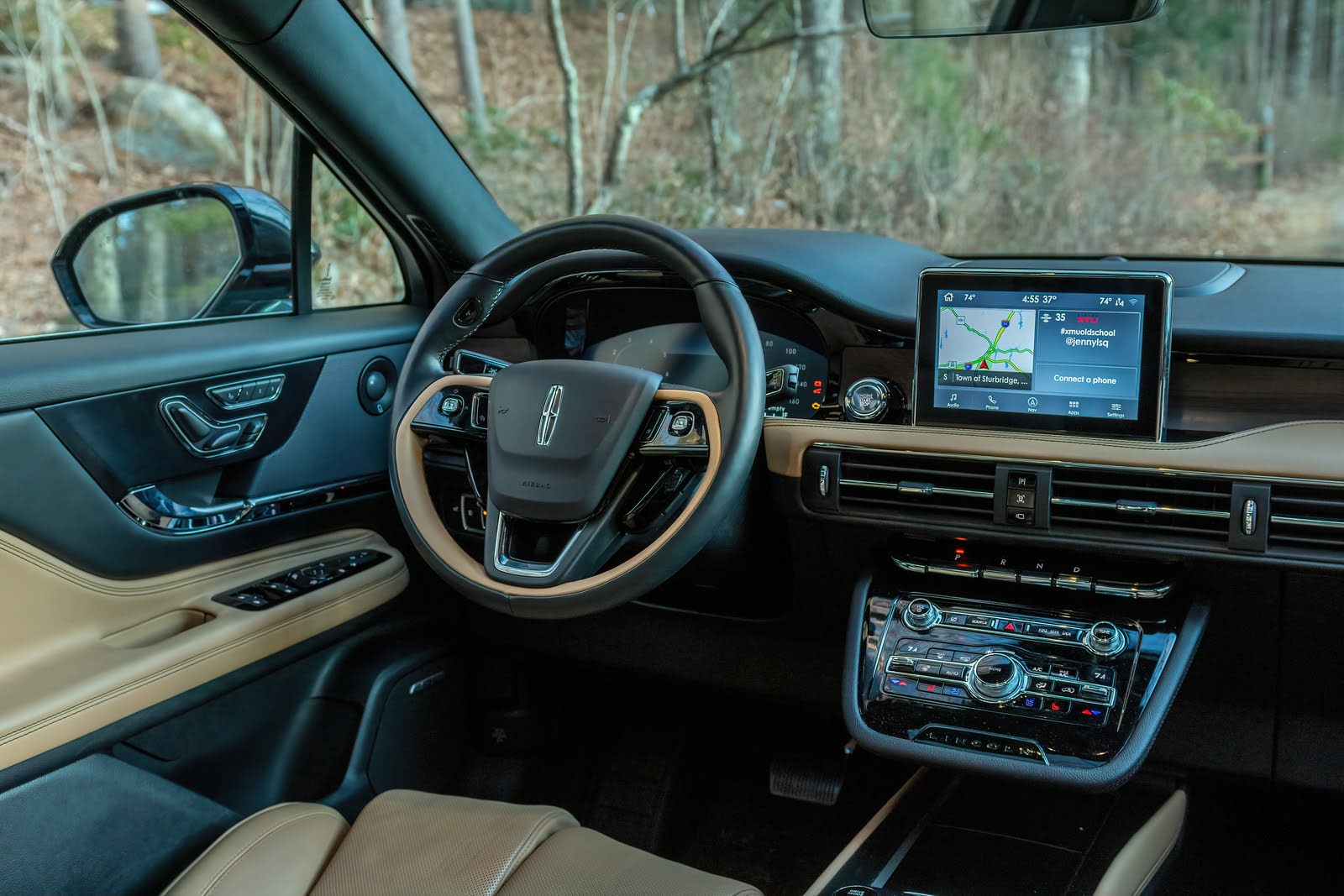 It's easy to get comfortable inside the Corsair. Seat controls are on the doors, like in a Mercedes, so you don't have to reach down and fumble with your fingers. Another button activates one of five massage settings on the touchscreen, which also has controls for five lumbar and bolster settings. The driver and passenger have 24 ways of adjustment with the Perfect Position seats, including separate extensions for each thigh. The driving position feels airy and not too tall, with lots of glass and good sightlines. Rear passengers can slide the seat back a couple of inches and recline—not always a given in this vehicle class. With optional heated rear seats and the panoramic moonroof, it's very pleasant to ride in the back of a Corsair. Headroom and legroom are in good supply, too.

Cargo space is on the smaller side, with 28 cubic feet behind the seats and 58 when they're folded. Analog controls for the climate and audio are easy to work, as is the Sync 3 infotainment system that logically organizes menus and features. My only gripe is how the engine auto stop-start control is either buried inside the driver-assist menu or accessed via an obscure button that's shared with no other car I've seen. The optional digital instrument panel also crowds some information—when you show the trip computer, the info bleeds into the speedometer. But it's easy to use with the thumb pads, which switch their backlit icon labels when you wade through the settings, phone, music, or navigation menus. The center console is very roomy and includes a sliding storage bin. The wireless phone charger is in the center armrest as a side clip. 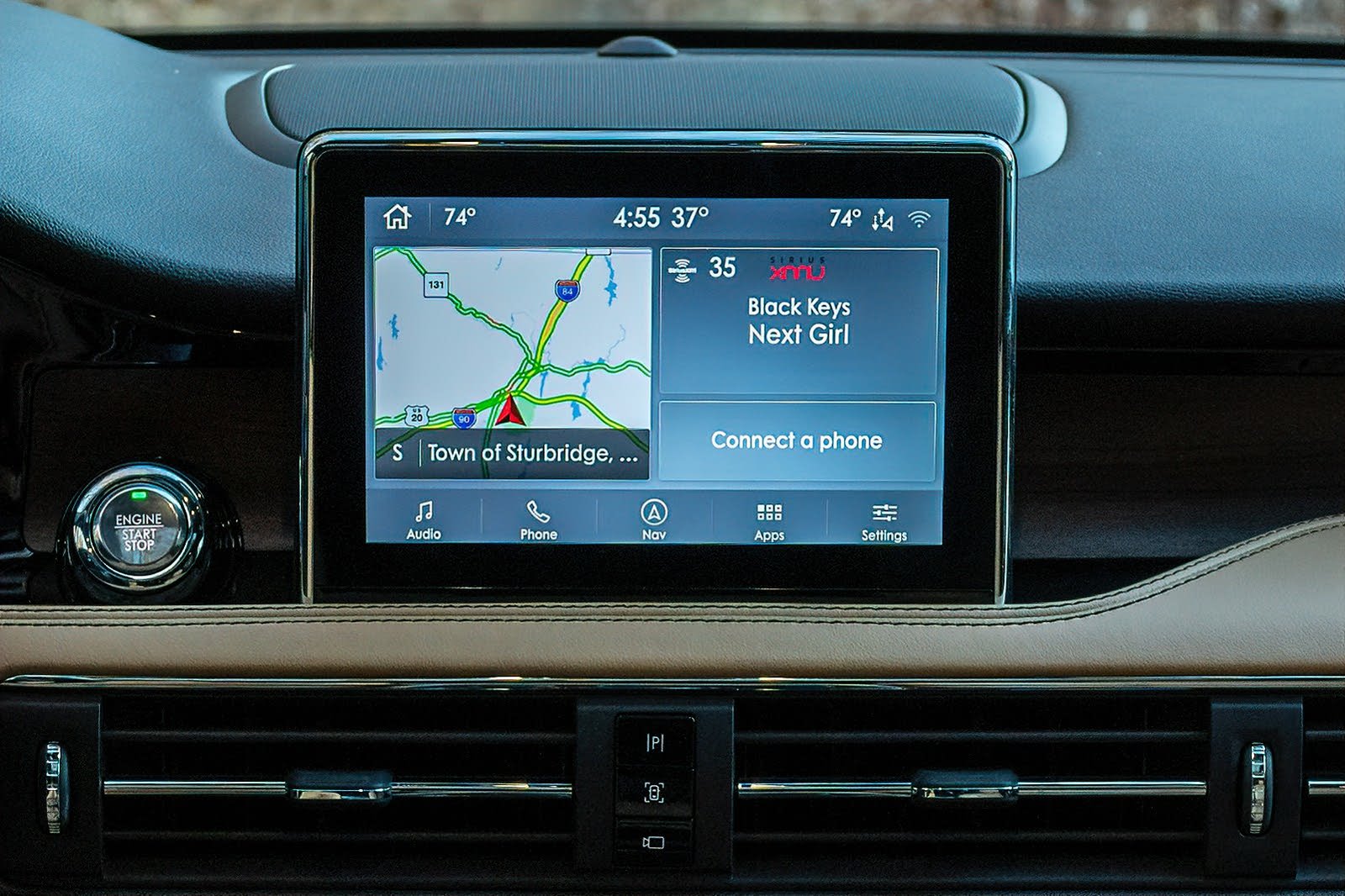 Lincoln, like BMW, Volvo, and Hyundai, offers the option to use your smartphone as an ignition key. I couldn't test this feature on my Corsair, as it was deactivated. It works through the Lincoln Way app and can lock, unlock, and start the car via Bluetooth. It's an interesting, but not imperative, feature. Better is the hidden touchpad on the B-pillars, a longtime Ford/Lincoln convenience that lets you input a 5-digit code to unlock the car (and lets you reliably lock your phone and key inside). Use this instead of the app.

The head-up display (HUD) is among the widest and most info-rich in the industry. It even displays the outside temperature and the turn signals. It also shows directions and controls for the semi-automated driving feature, which is part of Lincoln's Co-Pilot360 Plus advanced safety system. It's very accurate at keeping in the lane on marked highways, and it was a blessing while driving through clogged traffic in Connecticut's dense Fairfield County. But the system warns you to steer too often—even at times when, if you were in full control, you would barely be steering anyway (like in slow bumper-to-bumper traffic).

The instrument panel could do more, like offer full-screen maps or at least mirror the info on the touchscreen. It doesn't, and when the nav is on, the screen gets crowded. Lincoln went for minimalism, and when you don't have any directions and you're just cruising, it's nice to see a darker, clutter-free display. I'd prefer more choice and customization.

Voice recognition and destination searches are fast and accurate. In-car WiFi is available, but the car's software will update only on an external WiFi connection, which is odd considering it has a cellular modem installed. 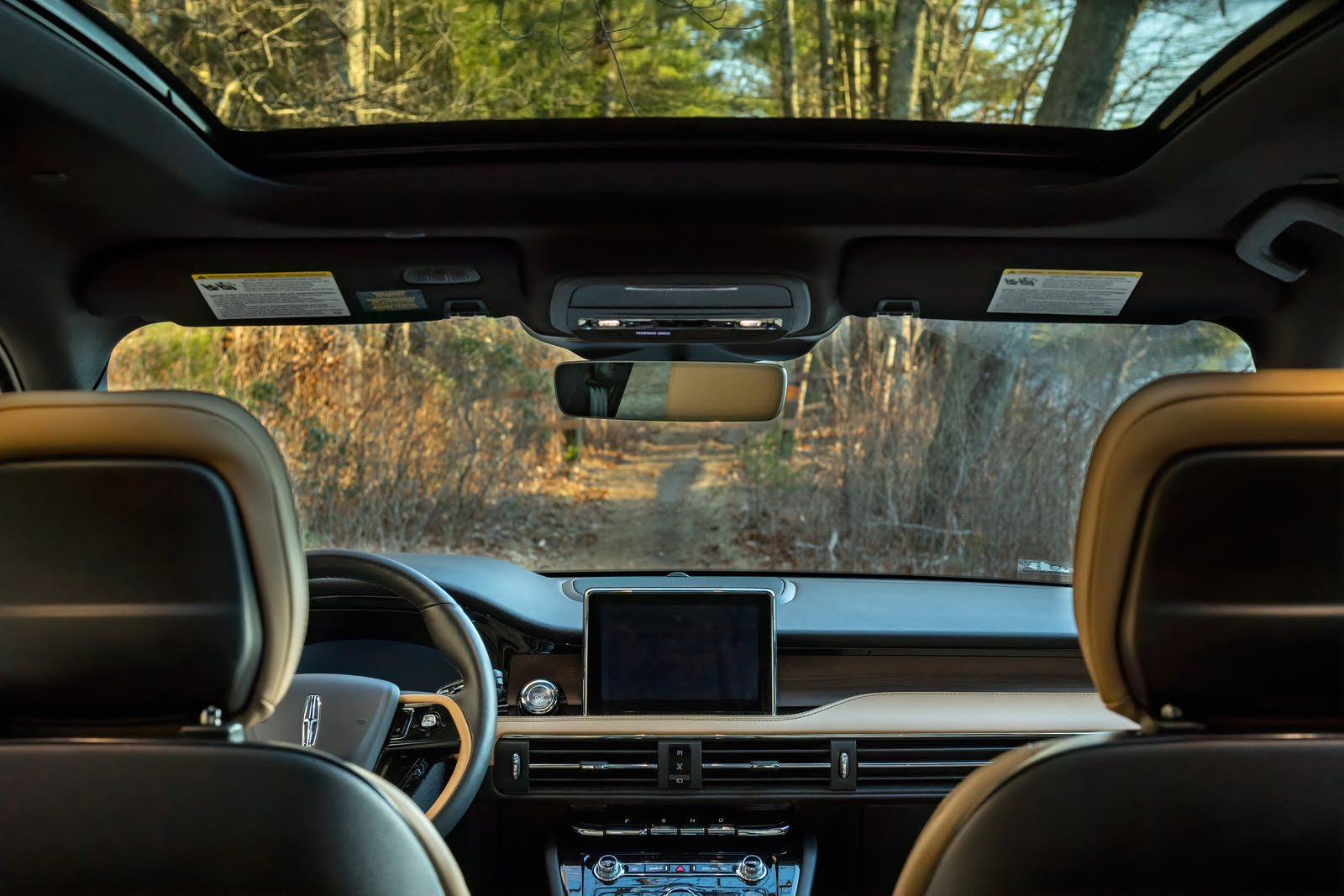 The National Highway Traffic Safety Administration (NHTSA) has not yet tested a Corsair. The Insurance Institute for Highway Safety (IIHS) has rated the Corsair a Top Safety Pick with the best scores in all six crash tests and for its forward emergency braking system. It loses the "+" designation due to poorer scores for headlights, but I thought the LED headlights were just fine. Co-Pilot360 comes standard with forward emergency braking, adaptive cruise control, traffic-sign recognition, auto high beams, blind-spot monitoring, and lane-departure warning. Co-Pilot360 Plus brings lane-keep assist with semi-automated functionality, plus evasive steering assist and rear emergency braking. Rear side airbags are standard, which is a rarity on all new cars. Knee airbags are also standard for both driver and passenger. 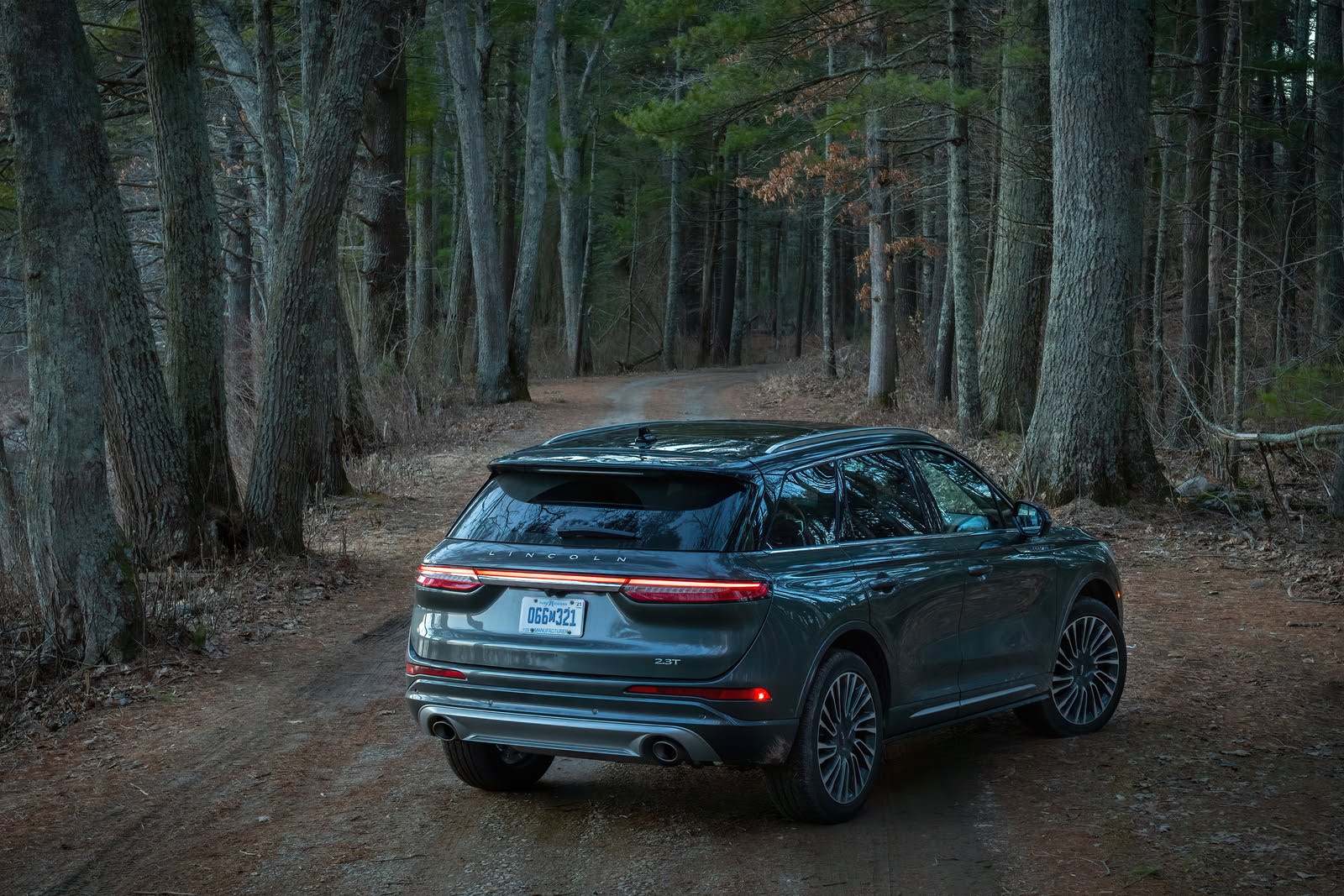 My test car rang up to $59,415 with destination, including the Reserve II package that bundled the larger engine, adaptive suspension, and 24-way seats. Lincoln throws in 3 years of maintenance, though the overall price isn't any better than a similarly equipped Mercedes GLC, BMW X3, or Audi Q5. A Volvo XC60 is in the same arena, and it's arguably more stylish. The Acura RDX is thousands cheaper when loaded, and it's sportier to drive. But the Corsair drives and feels better overall than many competitors. Just don't expect big discounts.

What's your take on the 2020 Lincoln Corsair?

LeitungTim Detroit Symphony door chimes?! Nice going, Ford! But just a meh engine/transmission? I’m waiting for the turbo-6 for hauling a trailer. Not everybody wants a 150 Raptor...

Have you driven a 2020 Lincoln Corsair?
Rank This Car

Looking for a Used Corsair in your area?

Does the Head Up Display come as standard equipment on all Lincoln Corsair models. If not, what package needs to be purchased to get it?

907 views with 6 answers (last answer about a year ago)