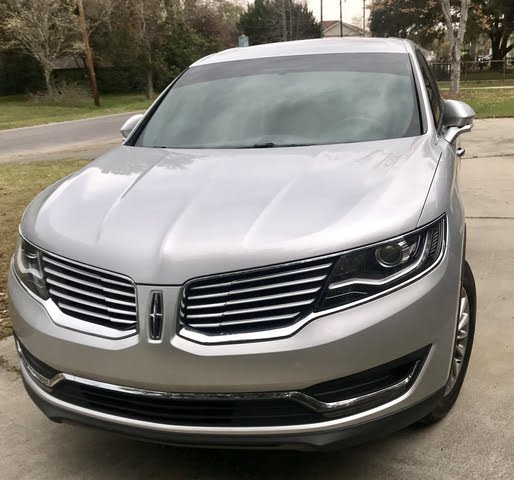 In 2007, Lincoln introduced the MKX as a mid-size luxury SUV based on the Ford Edge. However, in typical Lincoln fashion, the MKX offers far more in the way of luxury and comfort. Lincoln revamped the model in 2016, so its 2018 version doesn’t have too much in the way of major changes. However, the MKX is now available in a wider range of paint colors and features updates to Ford’s Sync 3 infotainment system.

The MKX is available in four trim levels with two powertrain choices, and buyers can choose between either front-wheel or all-wheel drive. The MKX Premiere is oddly the base model, which starts at just under $40,000. The range-topping Black Label model, however, easily pushes past $60,000 with all the bells and whistles added. All four models come standard with a 3.7-liter V6 engine that produces 303 horsepower. However, buyers can upgrade to an engine that offers both more power and better fuel economy. The smaller, 2.7-liter V6 is fitted with two turbochargers to provide 335 hp.

Both engines accompany a 6-speed automatic gearbox, which is notably down a gear (or three) compared to more sophisticated luxury SUVs. Both MKX engines run on regular gas, which is notable since many turbocharged vehicles require pricier premium fuel. The base 3.7-liter powertrain is rated at 17 city, 25 highway, 20 combined MPG with front-wheel drive, but all-wheel drive knocks the rating down to 16, 23, and 19, respectively. The twin-turbo unit is actually more frugal at 18, 25, and 20 MPG when combined with front-drive and 17, 24, 19 with all-wheel drive.

The MKX also doesn’t emphasize handling prowess as much as other offerings in this segment, but most crossover buyers don’t throw their SUVs around corners any more than they actually take them off road. The MKX does have an adaptive suspension with three driving modes to choose from.

The MKX’s interior isn’t gorgeous or stunning, but it feels pleasant and luxurious, improving drastically from the Ford Edge, which the car is based on. All MKXs come standard with 10-way power-adjustable and heated front seats, synthetic leather seats, and a 10-speaker stereo with subwoofer. A 22-way adjustable and massaging pair of front seats are offered as an optional upgrade. The Select model and higher trims add genuine leather seating and wood trimming.

The MKX Reserve adds features such as a panoramic sunroof, blind spot monitors, a heated steering wheel, and a built-in navigation system, and buyers can add a 19-speaker stereo and an autonomous parking feature. The highest trim, the MKX Black Label, adds top-shelf luxury and premium materials. In addition to upgrades like higher-quality leather and a cooling driver’s seat, Lincoln will also give you free car washes, annual detailing, and concierge services.

All trims of the 2018 MKX come with Ford’s latest Sync 3 infotainment system, which includes an 8.0-inch touchscreen, and all vehicles offer 37 cubic feet of cargo space with the rear seats up and 73 cubic feet with them folded.

Crash test results for the MKX are good, but not stellar. The NHTSA gives it a top five star rating overall, but the MKX only scored four stars for rollover. The IIHS, meanwhile, gives the MKX Top Safety Pick status, but only when equipped with optional automatic emergency braking, which is a feature that only comes in the fairly expensive Driver Assistance package, which bundles that with active lane control and adaptive cruise control. The only standard safety feature is a reversing camera.

GuruVM5N8 Wish I could afford one, would be perfect for me!

Randy the mkx is a really nice vehicle, I have a 2011 still under 70k miles it with the THX audio system. the car is smooth and QUIET. It has decent acceleration when you need it. Carries pretty much as well.

Users ranked 2018 Lincoln MKX against other cars which they drove/owned. Each ranking was based on 9 categories. Here is the summary of top rankings.

Have you driven a 2018 Lincoln MKX?
Rank This Car

Is Rear Window Made To Be Opened On MKX

Does the rear hatchback window open on a 2018 Lincoln MKX reserve model? I cannot find and button to push and it sure looks like it opens. thank y

148 views with 2 answers (last answer about a year ago)

Hear a beep from the car every few minutes when it is parked in the garage with now one in it and no key close by. What does that indicate

93 views with 2 answers (last answer about a year ago)

How to replace key fob battery in 2018 Lincoln MKX

804 views with 2 answers (last answer about a year ago)

I have had the car less than two months and twice the battery has gone dead after being shut off and sitting overnight. I an certain I turned everything off each time. I took the car to the dealer...

Is there suppose to be a small square type cut in carpet under front passenger seat? I see a orange cord there.