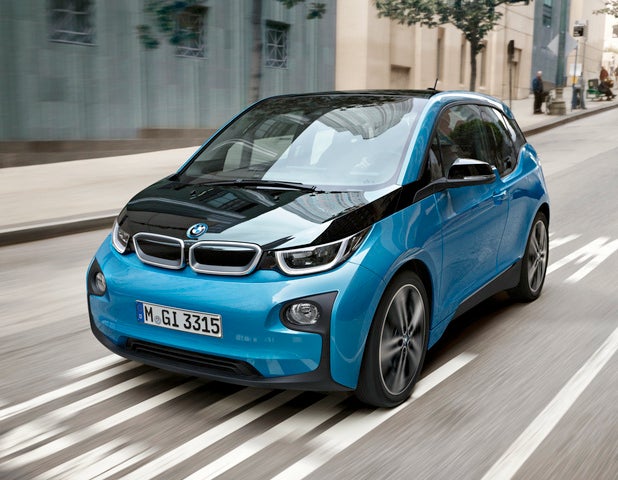 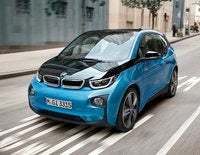 You can usually identify a BMW at a glance based on its kidney-shaped grille and overall styling. That all changed when the German automaker came out with its electric i3 and i8 models. These two stand out from the rest of the BMW lineup--and they should, because they’re very unique vehicles.

The i3 is only a few years old and is intended for those who live in more urban areas. It’s small enough to squeeze into just about any parking space, is easy to navigate through city streets, and is an environmentally conscious choice. There is room for four passengers, with 36.9 cubic feet of trunk space when you fold the seats flat. That’s about the same as what you’ll find in the BMW 3 Series. The i3 hasn’t seen a lot of changes since its introduction, but there will be a few updates for 2017.

Range is key with electrics, and the 2017 BMW i3 sees a range increase on the base trim from 81 to 114 miles per charge. Take that, range anxiety! If you’re still not convinced, you can also get the i3 with a range extender. This adds a gas-powered 38-hp 2-cylinder engine as a backup to the electric battery. When that battery falls to around the 5% level, the gas motor kicks in to give you a little extra range from its 2.4-gallon tank. This increases the overall range to an estimated 175 miles, which is more than most people will have to drive in a typical day.

Just because the i3 is small doesn’t mean it’s slow. Electric cars have the benefit of delivering all their torque right away, so when you press the gas you really move. The i3's 184 lb-ft of torque make for an exhilarating drive--it's actually one of the fastest BMWs off the line. The nifty little i3 also gets a few new fun features. Prototonic Blue metallic paint, which was previously only available on the larger and pricier i8, now finds its way to the i3. There are also five other color choices available. The Giga World’s 20-inch BMW i light alloy double-spoke wheels are also now standard on every i3. A new and highly anticipated optional feature is the power moonroof. New packages are also available, with the Deka World and its unique interior finally coming to the U.S.

Returning packages include Mega World, with its more refined interior, Giga World, with its own uniquely sporty interior, and Tera World, with the most high-end and luxurious interior available. Deka World features a dark cloth interior, upgraded navigation, and a universal garage door opener. No matter which version of the BMW i3 you choose, over 25% of the interior materials are renewable or recycled, in keeping with the vehicle's environmentally conscious attitude.

The i3 also uses some very high-tech materials that are commonplace in sports cars and which you wouldn’t expect to find in an electric. Carbon-fiber-reinforced plastic used in the i3's framework make it one of BMW’s lightest vehicles--this material is 50% lighter than steel but maintains the same strength.

As you might expect, the i3 comes with plenty of technology. The navigation system includes ConnectedDrive Services, which includes a Range Assistant that monitors your battery, driving style, traffic, and road information to show you both the most efficient way to get where you’re going and whether or not you have enough battery charge to make the trip. It will also point you to mass transit (like the nearest subway or train station) and show you schedules if that turns out to be a quicker method of transportation. There’s even a BMW i Remote app that syncs to your smartphone, Apple Watch, Samsung Galaxy Gear Watch, or other mobile device and keeps tabs on your battery and charging times and lets you set the cabin temperature and destination before you even take a seat in the car.

The 2017 BMW i3 is set to arrive in dealerships this fall.

Nicole Wakelin's passion for cars started on the day she went for a ride in a bright red Ferrari as a teenager. She writes reviews and covers everything cars for CarGurus, The Boston Globe, BestRide, AAA, Autobytel, and numerous other outlets.

Users ranked 2017 BMW i3 against other cars which they drove/owned. Each ranking was based on 9 categories. Here is the summary of top rankings.

Is There An Average Or Reasonable Range For Processing/document Fees?

$1,150 seems like a lot for a processing and document fee from a BMW dealer on a certified vehicle. Is there an average or reasonable range for these costs? Advertised price is $22,480 and the $1,15...

How Much Of A Factor Is Dealer Reputation When Determining Market Value?

How much of a factor is dealer reputation when determining market value and can I determine the fair market value range for a particular year and model of vehicle?

I Want Information On The Used I3s

Do you allow shipping to another state?

How do I increase the sound of an incoming phone call?