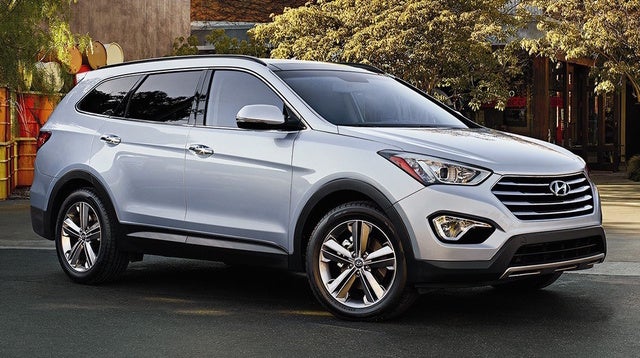 Have you driven a 2016 Hyundai Santa Fe?
Rank This Car

Great all around great car has everything in it Read More

Purchased a 2022 Hyundai Santa Fe Calligraphy on 8/11/21 after planning to by its sister vehicle, the Sorento Xline. Once I test drive e the Santa Fe and discovered the extra features over the Sorento... Read More

Best bang for your buck! Has all the bells and whistles on it without the super expensive cost! It drives like a dream. So happy with my Santa Fe! Read More

The features are my favorite! Great for a mom who doesnt want to give up being cool! Read More

so far so good i love it. it drives smooth, the panoramic sunroof is amazing and the heated and cooling seats are great. Read More

Self driving is Great!! Windshield wipers are TOO SLOW and dangerous in Tampa heavy downpour !! Read More

Good acceleration, was worried it would feel slow. Technology was great Read More

We searched all competitors and still went with this. No other SUV provides the same options and features for near the same price. All other similar vehicles are usually $8,000 more money than this. T... Read More