The BRZ keeps getting better with a retuned suspension, aesthetic updates, and a new limited-edition trim for 2015. 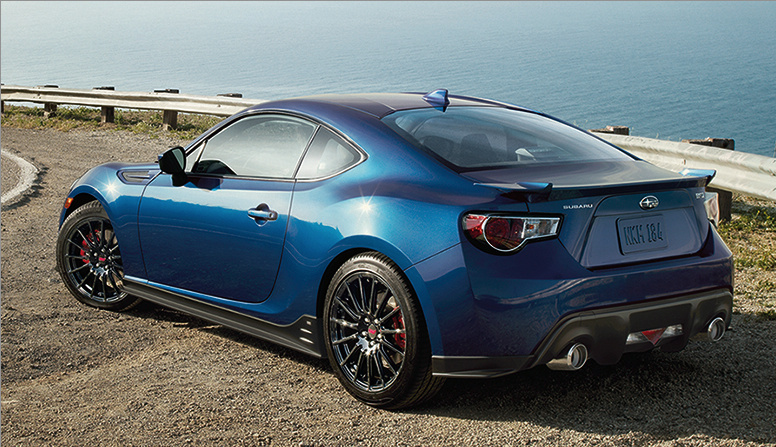 One of the few cars on the road specifically designed for the driving enthusiast, the BRZ hits 2015 with new suspension dampers, a sharkfin antennae, fresh exhaust tips, and an all-new limited-edition trim. With few shortcomings left to iron out, this Subaru/Toyota collaboration has become an instant classic. 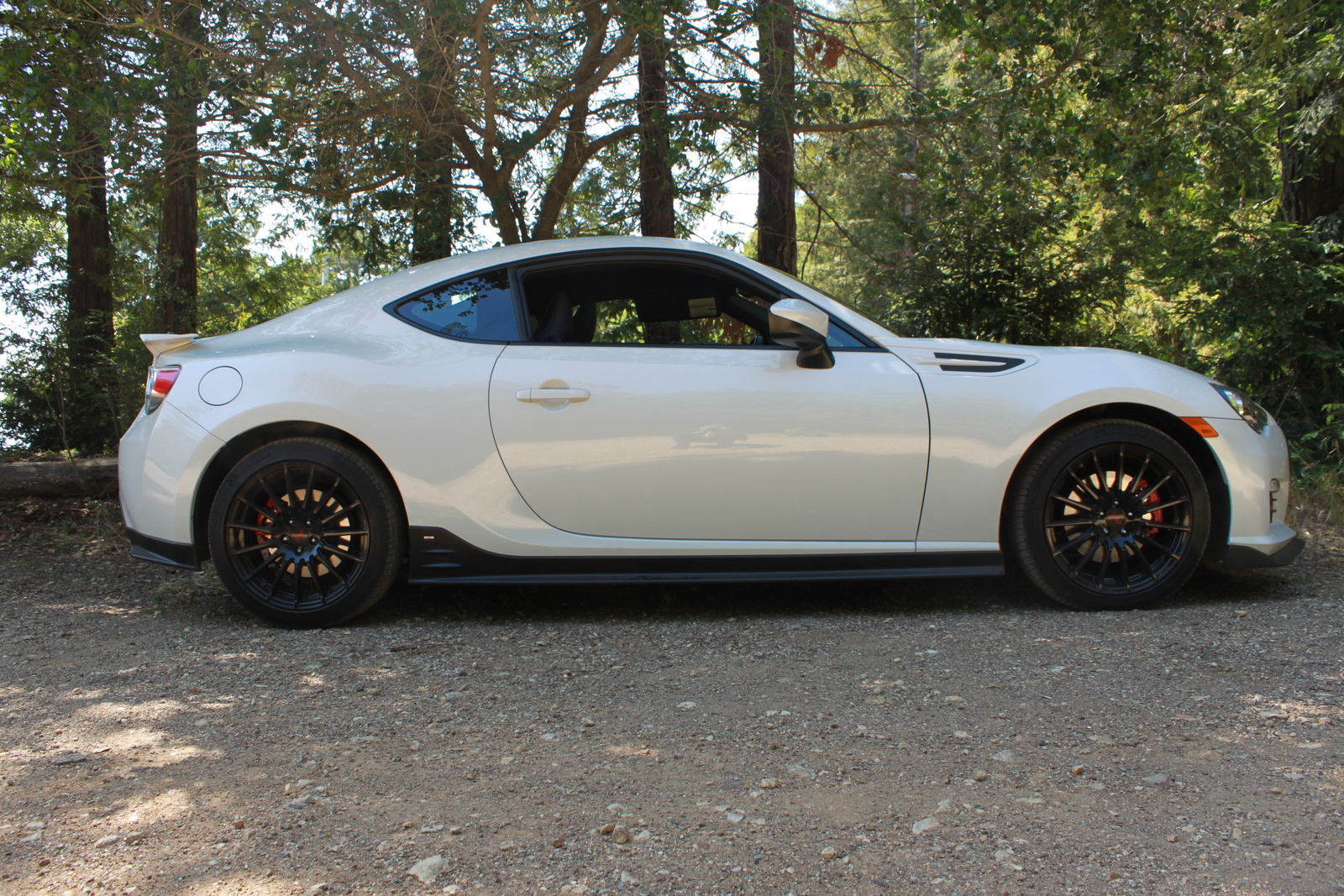 It’s getting harder to describe a car that’s been designed specifically to highlight driving. Most people have never experienced it, drowned in the deluge of numb, 4-wheeled behemoths that seem determined to make the driver only peripherally involved in the act. Worse, the bulk of "performance" cars are out of the price range of many consumers, and are too heavy to be considered true candidates. Too often, jaw-dropping power and the staggering feats of engineering that are today’s safety systems mask 4,000-plus-pound curb weights and improper suspension tuning. Go ahead and turn off your traction and stability control and see how well your "sports car" behaves at the limit.

That's not the case here. At 2,800 pounds, the BRZ sports a near-perfect weight distribution and one of the lowest centers of gravity of any production vehicle. The steering is communicative and precise, the engine produces usable power throughout the range, and the suspension tracks and attacks with grace and style. Push it past the limit, and it’s in its comfort zone. How many other cars offer that combination for under $30K?

The BRZ is simple. Subaru even left off the traditional turbocharging here and kept everything naturally aspirated, as God intended. No all-wheel drive either, as you’d expect from nearly every other Subaru in history, just sweet and simple rear-wheel-drive beauty. It’s everything you want in a sports car, even if you didn’t know you wanted it. For my week with the BRZ, I was lucky enough to be given one of only 1,000 Series Blue limited-edition trims, a $2,545 option (with a $750 discount) that adds spoilers, skirts, black wheels, red calipers, and some blue interior trim. It certainly looks sexy, but what BRZ enthusiasts have really been clamoring for is more torque, and there are no performance upgrades with the Series Blue. With a destination charge of $795 and an MSRP of $27,695, the walk-away price on the Series Blue just breaks the $30K limit at $30,285. 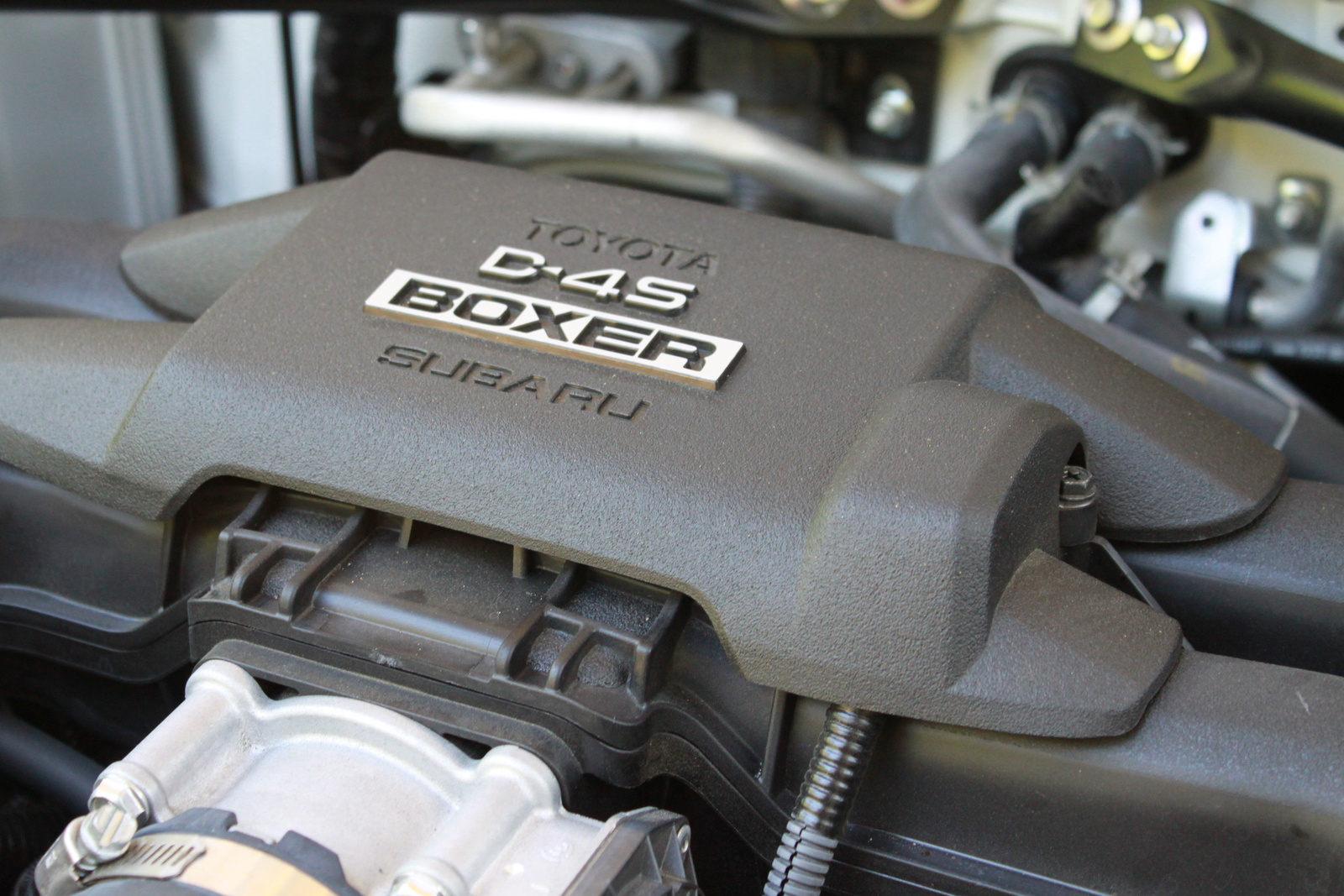 Performance is a hard topic to cover in the auto realm. The conversation tends to begin and end with horsepower figures and 0-to-60 times—rather limiting parameters around which to frame a conversation. If that’s what you’re looking for, the BRZ won’t impress. Its 200 hp and a sprint to 60 that takes nearly 7 seconds aren’t headline numbers anymore, and it’s been a long time since they were.

But the BRZ isn’t trying to be the fastest in a straight line. It’s trying to talk to you. There’s a bit of magic the first time you feel your car speaking to you, communicating what’s happening underneath as you pour it through a turn. Sadly, it’s an experience that’s gotten increasingly rare of late, as we all acquiesce to numb electronic power steering and insulating safety systems. This is where the performance of the BRZ really shines. It’s engaging in a way very few cars are anymore, and at a price that makes it a real possibility.

Beyond that, ignore the complaints you hear about it being underpowered. It might not have the neck-snapping acceleration of a twin-turbo six or a supercharged V8, but what it does have is a responsive motor that’s got plenty of guts and a really nice power band. Dump the clutch somewhere around 3,000 and take it all the way to redline. Shift, repeat. There’s no waiting for the turbo to spool up or hunting for an otherwise explosive but limited range of power somewhere in the rev range. Just rev the hell out of it and go. It sounds pretty great, too.

The EPA estimates the BRZ will return 22 mpg city/30 highway, and even after wringing out the engine over the course of a week, I still managed to get 24 mpg—just 1 below its estimated combined rating. 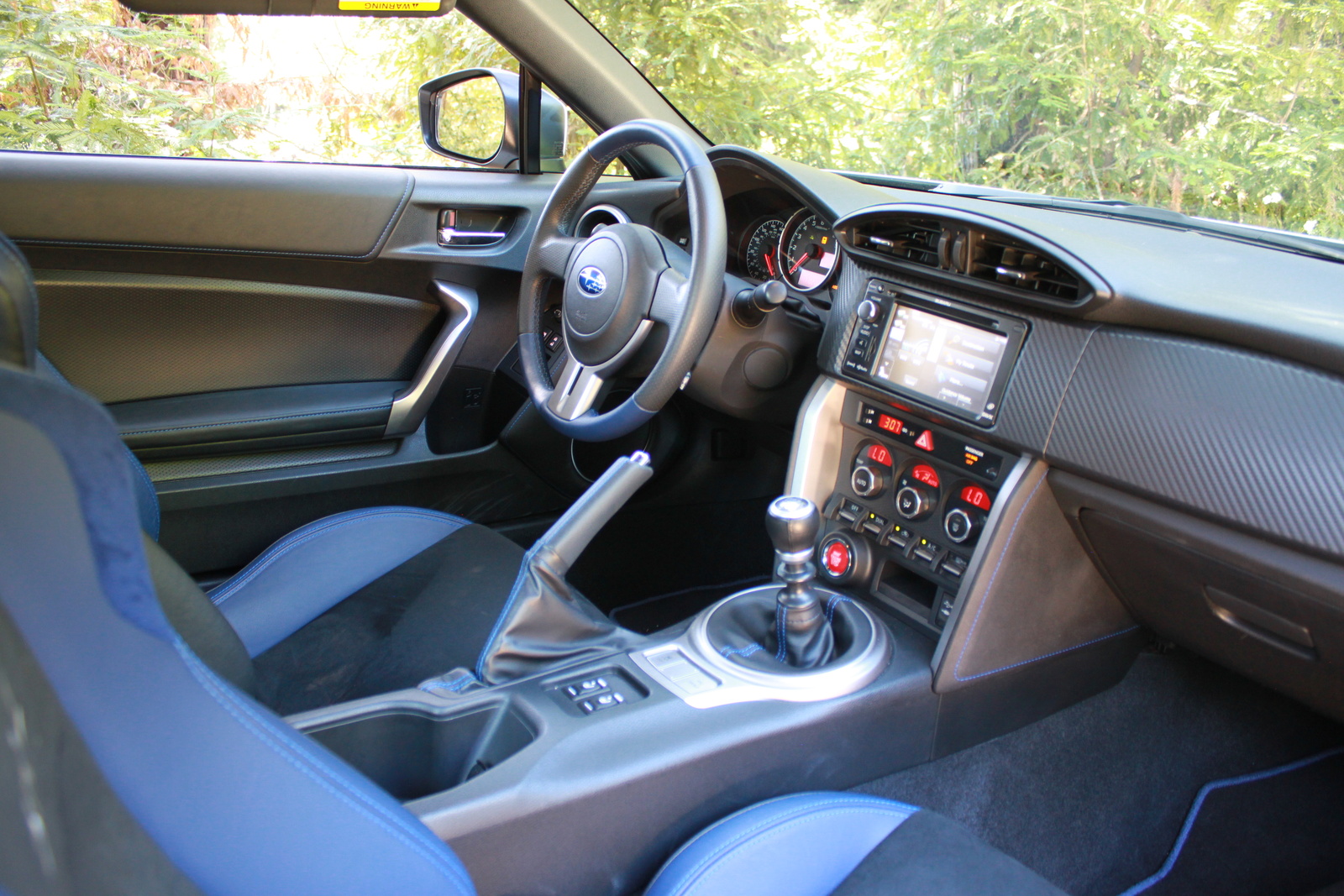 There’s no denying the BRZ is pretty. It’s angular and aggressive in all the right places without forgetting to leave room for some grace and subtlety. The Series Blue is a particularly striking example with its extra skirts and spoilers, although I would prefer a wheel treatment in something other than gloss black. Same goes for the red calipers, something a matte finish would go a long way toward improving. More than that, for nearly $2,000, I’d prefer some performance upgrades, even a token 10 hp, upgraded brakes, or a unique exhaust. Anything.

Still, it is pretty.

The story isn’t as great inside, but it’s not terrible either. The layout is perfect, with few distractions to take away from driving. The last Subaru I drove had no less than 3 screens of information, too many for anyone to look at while driving safely. Here you get just one screen and a traditional 2-gauge layout. Even the steering wheel remains clutter-free—perhaps the rarest element here.

Seating is upright, a pleasant diversion from most sports-car setups, and there is a lot of room in the cabin. Subaru claims even tall individuals will be able to don a helmet and sit comfortably inside—a nod to the company's track aspirations. At 6-foot 4, I had plenty of room, as long as I stayed up front. The rear is true 2+2 symbolism—good for a bag or a small child perhaps, but little else.

The design is simplistic to the point of regression, almost evoking a vintage feel. With the Series Blue the cabin is dressed up with blue accents on the steering wheel and seats and blue stitching for all the leather elements. It also gets a fake carbon-fiber accent treatment, and together it all does quite a bit to spice up what can be a very boring cabin in the standard BRZ. Still, there's a surplus of hard plastic and even worse: metal-painted plastic trim. I really can’t wait until that goes away.

My only other complaint is the amount of road noise that intrudes into the cabin at speed. With its taut suspension and light weight, rough roads are not the preferred platform for the BRZ, and at speed you’ll get a lot of bounce and noise. Of course, the BRZ wasn’t built for commuting or long road trips. 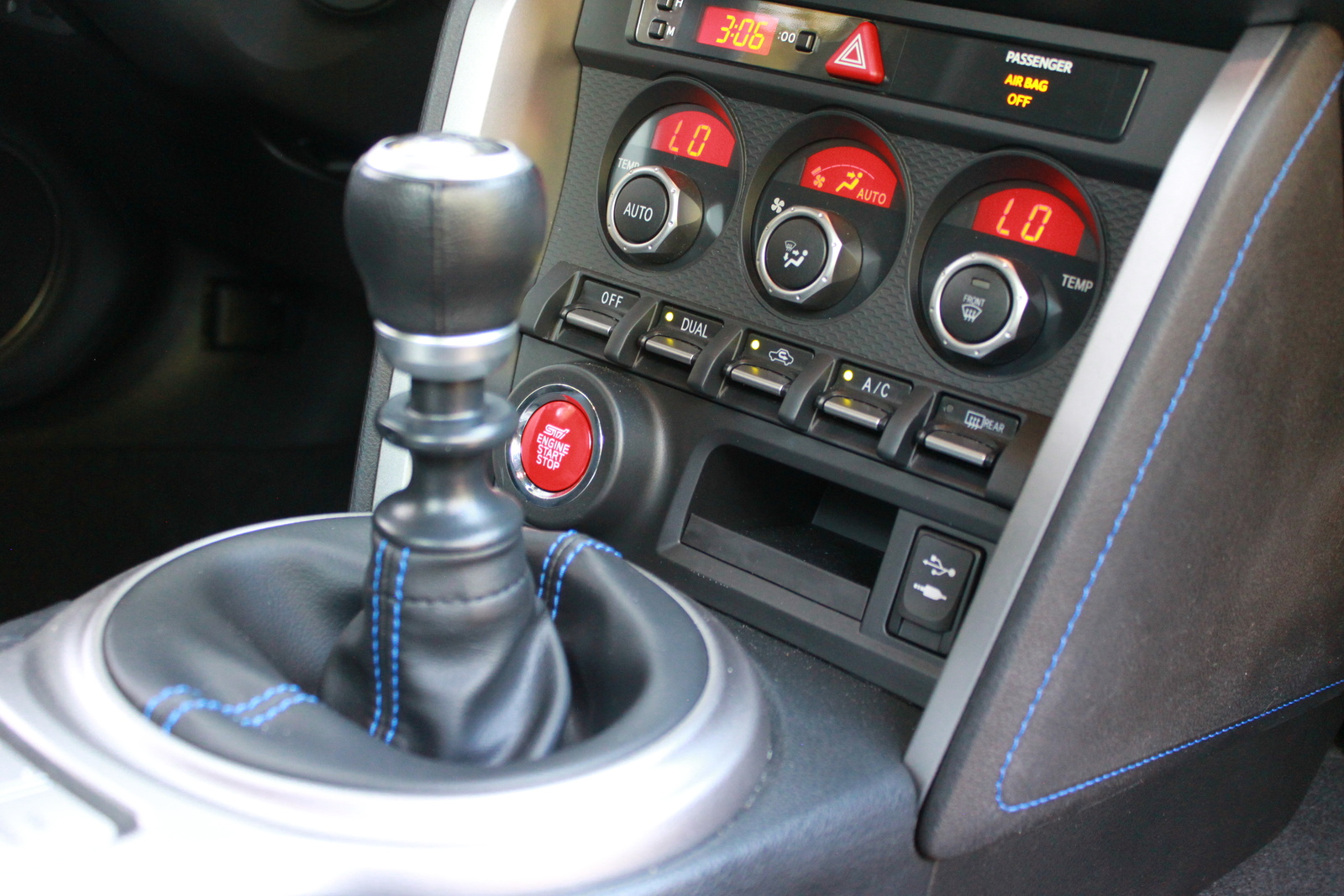 I’m no fan of the infotainment systems in most cars. They’re usually counterintuitive, poorly designed, and utilize hardware and software that’s several generations old. Even taking that into consideration, the 6.1-inch touchscreen system in the BRZ was frustrating. It would freeze (check the video) often, and when it did work it offered lag and delay that added up to a safety issue in my mind.

That aside, the BRZ comes very well equipped even at the standard trim level. Automatic climate control, HID headlights, and a tilt/telescoping steering wheel are all standard, along with SiriusXM Radio and Bluetooth integration. Move up to the Limited and you’ll add heated seats, keyless access/start, and heated mirrors as well as leather, a spoiler, and fog lamps.

It’s a hell of a deal for the price. Now let’s just hope they fix the infotainment system. 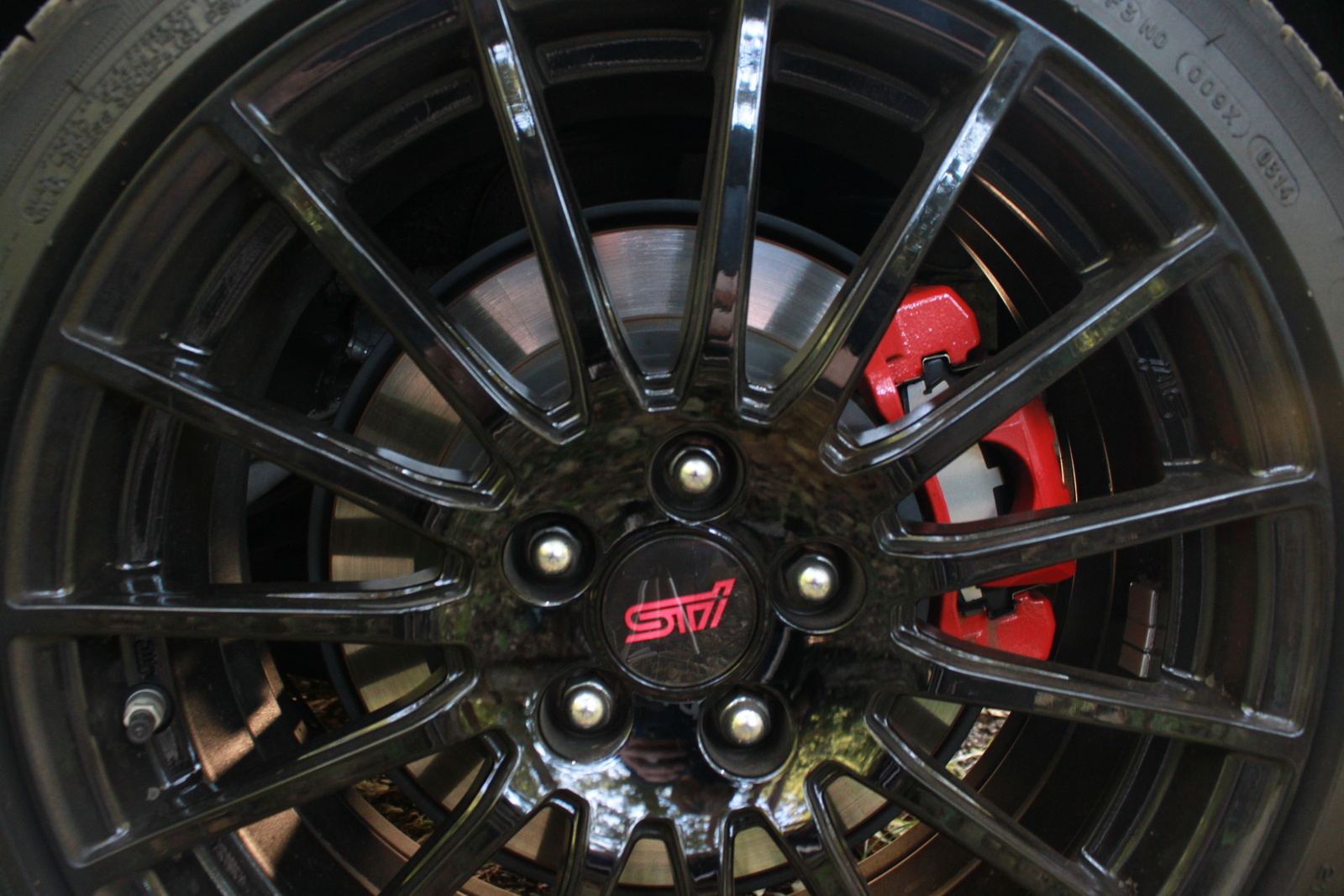 The BRZ comes standard with front, side, and side-curtain airbags, antilock brakes, and defeatable traction and stability control. A stop from 60 mph will happen in less than 115 feet, and that’s very good. Safety testing from the National Highway Traffic Safety Administration (NHTSA) and the Insurance Institute for Highway Safety (IIHS) resulted in top scores in all but front impacts, where both organizations awarded the BRZ their second-highest ratings, 4 Stars and Acceptable, respectively. 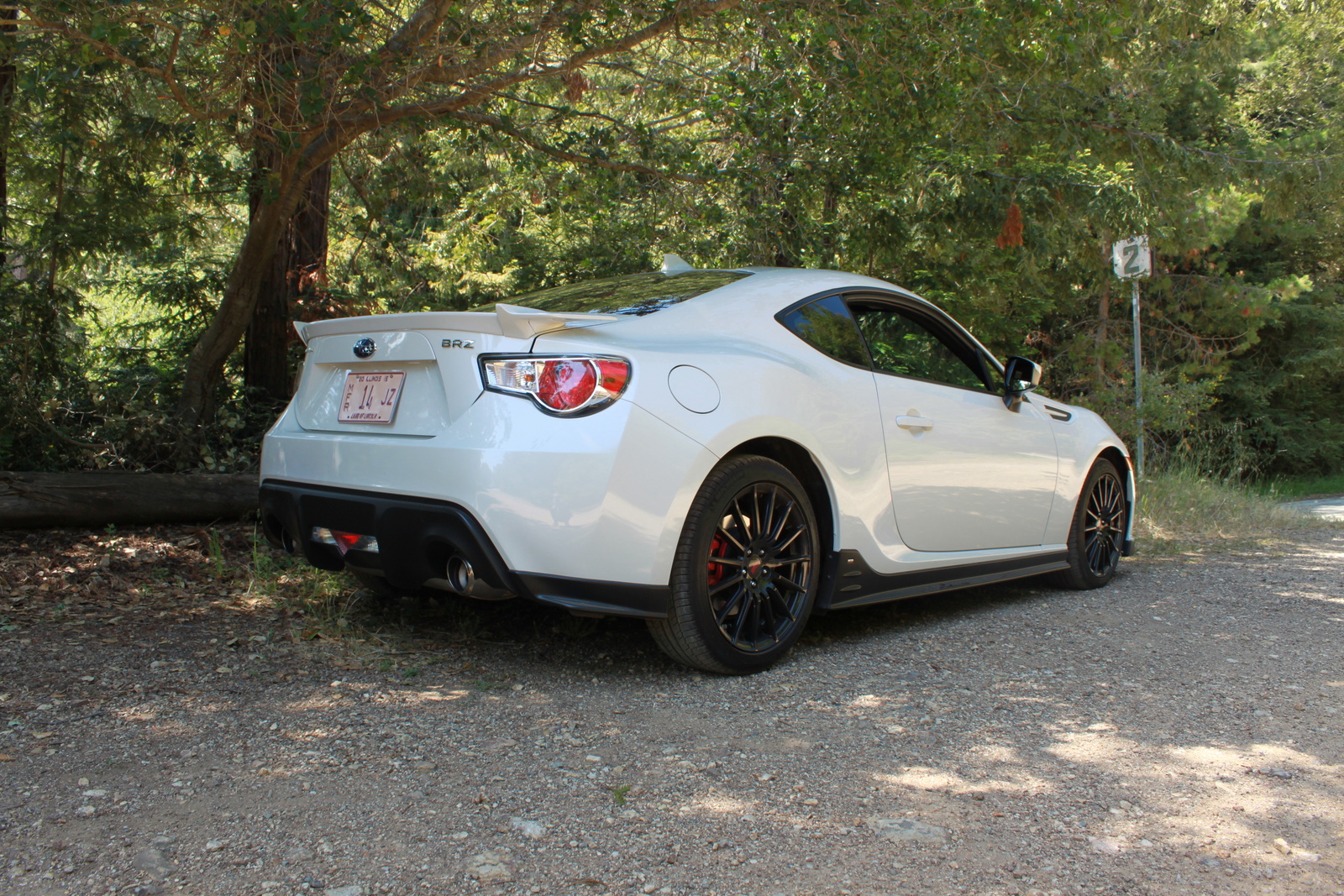 As far as the BRZ's competition, the only cars other than its Scion FR-S cousin that bring the same feel and experience would be Mazda's Miata and the BMW 2 Series. With the Miata you’ll save a few thousand but lose a roof (not exactly a bad thing), and with the BMW you’ll pay a little more but have to deal with turbocharging, fake engine noises pumped into the cabin, your friends thinking you’re a stuck-up jerk, and other BMW owners assuming you couldn’t afford a larger Bimmer.

Given that it’s essentially a toy, it’s inherently not very cost effective, but it’s probably the most cost-effective toy out there right now. I’d love to see an updated infotainment system (or better yet, delete it completely, allow me to plug in my phone/tablet of choice, and save me some money), but otherwise it’s hard to find a better deal in the performance category.

Users ranked 2015 Subaru BRZ against other cars which they drove/owned. Each ranking was based on 9 categories. Here is the summary of top rankings.

Have you driven a 2015 Subaru BRZ?
Rank This Car

Hey Can Someone Please Save The Day

29 views with 4 answers (last answer about a year ago)

My cars engine won’t start. Whenever I take it for a short or long drive and let it sit it won’t fully start without me having to push the entire car for 5 mins and then start it when the car is rol...

Why Can't I Open Your "Unsubscribe" Link? I Have Bought A Car And Am No Lo...

Im Looking For An Affordable Exhaust System, Any Suggestions?

looking for a high quality but at an affordable price