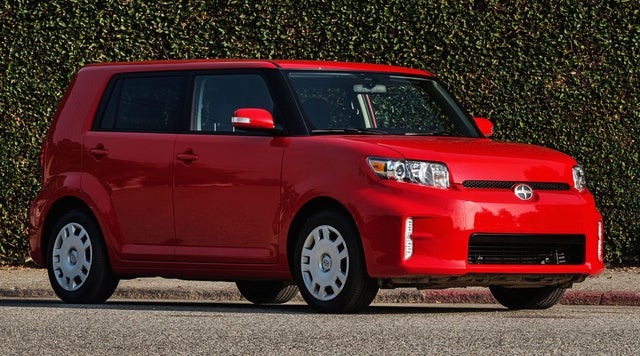 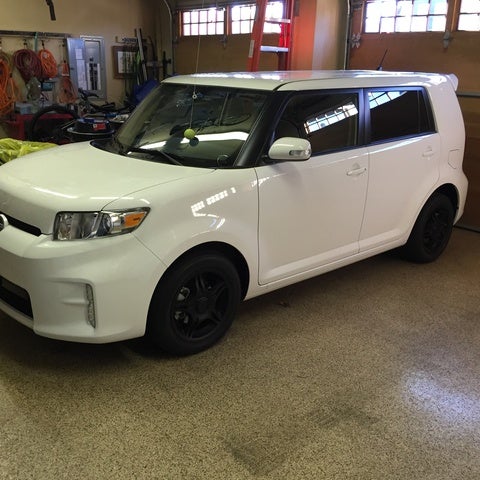 With the demise of Nissan’s once-iconic Cube and Honda’s well-wrought Element, the 2015 Scion xB remains one of a pair of box-shaped compact wagons remaining, with Kia’s popular Soul being the other. The 5-passenger, 5-door xB, alas, remains the also-ran of the two squared-off commuter scooters, though this state of affairs is not for lack of trying. For the 2008 model year, Scion up-sized, up-powered and ostensibly improved the once super-small xB in an attempt to best its Japanese rivals. Unfortunately, results have been less than spectacular, sales-wise.

Nevertheless, the 2015 xB returns to the cube-configured compact wagon wars with a single Base trim and but a sole noteworthy upgrade: a rear-view camera that’s now standard. Available only with front-wheel drive (FWD) and offering little in the way of creature comforts or refinement, this pint-size Scion, actually a derivative of the Toyota family, does boast adult-size seating and some capable driving élan, while cargo area remains a Soul-beating 69.9 cubic feet with the rear seats folded.

Powering the 2015 xB is a returning 2.4-liter inline 4-cylinder engine that mates with either a 5-speed manual transmission or an available 4-speed shiftable automatic transmission to put out a hefty 158 hp and 162 lb-ft of torque. Mileage estimates, meantime, remain 22 mpg city/28 highway with either transmission.

Upgraded and upsized wheels are among the notable options for the 2015 xB, as are such available niceties as a sport steering wheel, an auto-dimming rear-view mirror and various cargo and storage add-ons, while Scion/Toyota’s Bespoke premium audio upgrade, boasting GPS navigation as well as Aha internet radio and concierge services, also remains optional.

Scion xB 2015 Do I need flatbed towing or can the AAA. Tow by lifting front and rolling on back wheels?

Why Don't I See My Car On Here After Up Dating My Ad?

It sounds like it's coming from the drivers side front tire. Anyways when I'm driving on the road with minor bumps, etc I hear a chirping/creaking sound. I noticed it when I was driving with the ra...