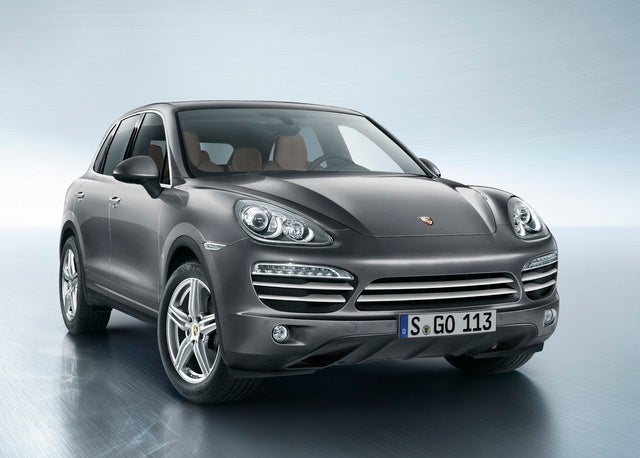 Average user score
5 ⁄ 5 stars
Based on 9 reviews
Review by GuruXNZWV — Beauty and precision. Meets all expectations. I recommend it all day Read more
Review by trugritt — For the $ it surely cannot be beat ok good luck Read more 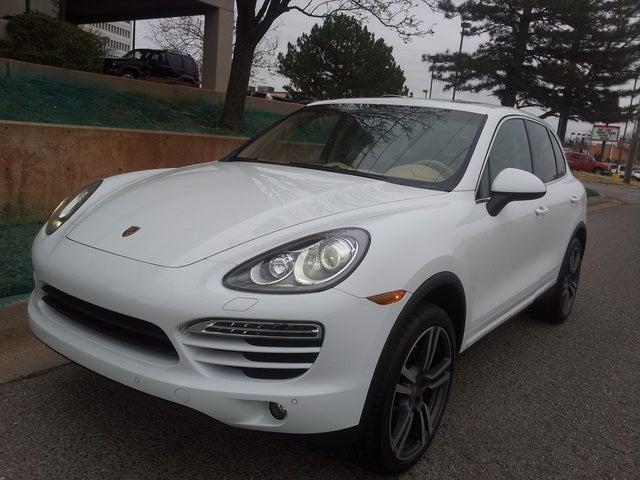 The arguably most athletic midsize SUV enters 2014 with the expected addition of a Turbo S and an appointment set to go under the knife for 2015. A plug-in hybrid PHEV is rumored to join the lineup for a total of 8 Cayenne trims sometime in 2014, but it may end up a 2015 model-year addition in sync with the Panamera's debut of the same, given Porsche's promise to add one new model every year. The Cayenne's refresh will be slightly overdue by most makers' standards with 4 years between the 2011 second-generation debut and the anticipated 2015 touch-up, but Porsche deserves serious credit for expanding from 1 model to a near-complete lineup in just one decade.

This grand and steady expansion is a clear signal to those still on the fence about Porsche that the maker intends to offer a full service line while keeping it fresh, but without compromising quality or incidentally attacking any potential resale value in the process. For instance, the new Macan is merely a compact version of the Cayenne, and to that end the anticipated 2015 Cayenne body style is very much a visual twin to the Macan's, which basically looks like an oversized version of the new Panamera for 2014. In other words, incremental changes are the name of the game. Porsche perfects, then expands.

And expand they do, with a total of 6 engines and engine versions for 2014, running from a 240-hp turbodiesel 3-liter V6 to the new 550-hp version of the twin-turbo 4.8-liter V8, with a naturally aspirated 3.6-liter V6 pumping out 300 horses at its base. Not a one takes longer than 7.5 seconds to get to 60 mph, with the Cayenne Turbo the quickest at 4.6 seconds—until Porsche tweaked that V8 for 50 additional hp, shaving 0.3 seconds off the Turbo's time in the new Turbo S. Every setup fetches no worse than 15 mpg city, but the most fuel-efficient Cayenne is the Diesel, rated at 19 mpg city/29 highway. Every other Porsche would of course require premium fuel, with the best mileage coming from the Base Cayenne equipped with the 8-speed Tiptronic automatic at 17/23 or the S Hybrid (with a 380-hp V6) at 20/24.

The rest of the lineup, including the 6-speed manual-equipped Base and the automatic-only S (with a 400-hp V8) and GTS (420-hp V8), are all a bit thirsty for the premium stuff, rated for about 15/22 give or take a mile depending on the trim. All models are all-wheel drive (AWD), some more responsive than others (the Diesel and S Hybrid have “permanent” AWD as opposed to “active”), and aside from the Base all are offered only with the automatic transmission, but a massive list of feature options.

In terms of included equipment, expect the new Turbo S to follow suit with the Turbo for standards like 14-way powered front sport seats with memory functions, heated seats all around and a 14-speaker Bose sound system. Any PHEV addition would very likely be in lockstep with the S Hybrid for feature content, but the PHEV is expected to up the horsepower to 420 with the same V6 and electric motor combination as the S Hybrid. Otherwise the Base Cayenne, Cayenne S, Diesel and S Hybrid are functionally identical except for those engines, with the GTS still standing apart in all its exclusive visual cues, sport upgrades and road-focused firsts like Sound Symposer funneling only the real roar of its engine directly into the cabin.

What's your take on the 2014 Porsche Cayenne?

Users ranked 2014 Porsche Cayenne against other cars which they drove/owned. Each ranking was based on 9 categories. Here is the summary of top rankings.

Have you driven a 2014 Porsche Cayenne?
Rank This Car

Should I Buy A Cayenne Diesel

Given the recent emissions issues, would you advise me to buy a 2014 cayenne diesel. I really like the way they drive

969 views with 6 answers (last answer about a week ago)

Thud Under Feet/pedals When Accelerating Hard And Going Up Hill In Gear 2/3...

I hear and feel a thud under feet/pedals when accelerating hard and if going up hill in gear 2/3 under 2000 RPM. It is like the car is missing a beat a couple of times. Stops if i take my foot of ...

Don't Know What To Do About My Porsche Cayenne Decision.

I am looking to buy a Porsche Cayenne and debating on whether or not I should get a S or Gts. I love the Gts sound but they are rare and expensive. I did like the S also when I drove it and its a lo...

Bought a used Porsche Cayenne S at the Jim Ellis Audi Marietta dealership. The next morning the middle console (navigation, GPS, radio) shut down. I asked them if they sold me a lemon and they assured...

Can I Find Contact Info For An Expired Listing That I Saved. I'm Ready To ...