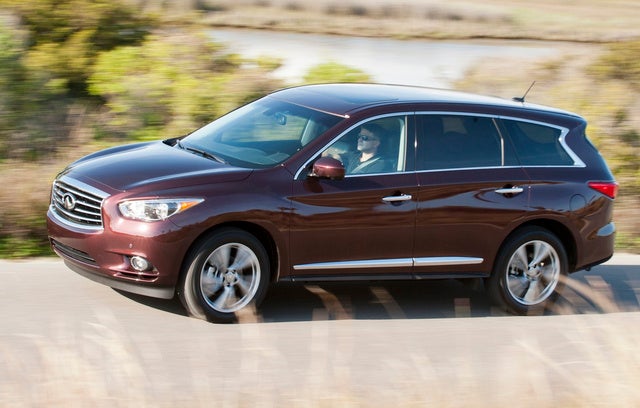 Users ranked 2014 INFINITI QX60 against other cars which they drove/owned. Each ranking was based on 9 categories. Here is the summary of top rankings.

It work perfect for us . The ca is what we wanted Read More

Car drove like a dream,like floating on road.lots of power when you step on accelerator,quick around corners too. Read More

I really liked this vehicle and almost all the features, the third row seating did not have the leg room I was looking for, I think only children could sit there. Read More

junk ad. the dealer didnt contract me at all up to now. Read More

Wonderful vehicle: very comfortable, no road noise, great stereo... the control interface is a little clunky but no big deal. Had a Highlander before this and didnt know an Infiniti would be such a s... Read More

Great value for SUV of this size and luxury. The Read More