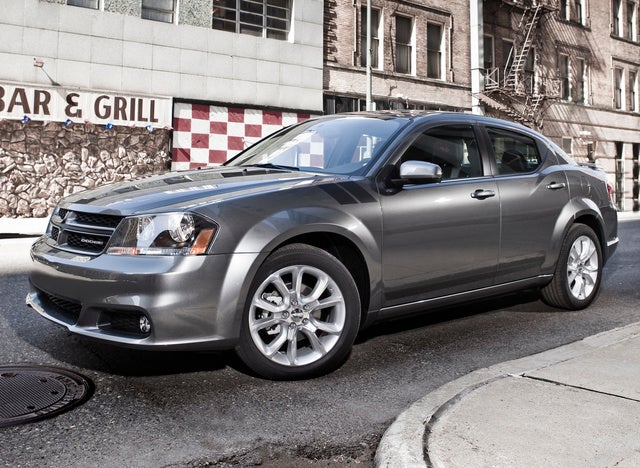 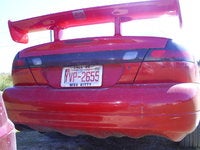 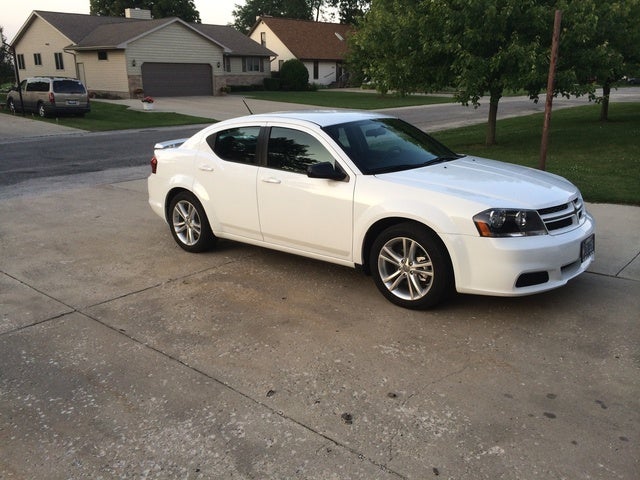 Proving no nemesis for the rest of the midsize marketplace, the Avenger takes its final bows for 2014 as an unedited carryover from its previous years. Originally launched for 1995 and lasting through to 2000 on Mitsubishi's Galant platform only to take 8 years off, Dodge tried to vindicate the current Avenger with a redesign for 2011 after a 2008 resurrection failed to make a hero out of this underdog sedan. In short, Dodge's midsize contender failed to generate big sales numbers—and it doesn't look like the Avenger will return again anytime soon, if at all.

Instead, Dodge's full-size Challenger sedan and Chrysler's compact 200 sedan are expected to fill either side of that void by each compacting and expanding their wheelbases a few inches in their respective overhauls, with Dodge's Dart continuing as a large compact. FIAT only recently decided not to share its platforms with Chrysler in their partnership, so left without backup, the Avenger is expected to simply recede into the shadows. At least, until further notice.

Named a top value for its asking price, the current Avenger challenges some of the typical “budget” characteristics while otherwise being no different. Case in point on earning that budget badge, the base 2.4-liter 4-cylinder engine requires more than 9 seconds to reach 60 mph—the better of the times fetched by its optional 6-speed automatic transmission, offering an outdated 4-speed automatic otherwise. At least there's a more refined option since the 2011 overhaul, namely the 3.6-liter V6 standard in the Avenger's top-shelf R/T trim, which is good for 6 seconds to 60 mph with that 6-speed automatic.

That said, the budget badge keeps on giving by promising 21 mpg city/29 highway on that 4-banger or 19/29 with the V6, and delivering on neither. Drivers consistently claim their fuel economy does not match the advertised figures, probably at least in part because neither engine offers over 300 ponies, nor peak ponies at a low enough revs to keep its 2-ton frame easily motivated at speed.

Based on sales numbers, the V6 engine also available to the SE trim serves up 283 hp and 260 lb-ft of torque to make it over the net and land closest to drivers' hearts. Although the base SE offers enough features to sate most drivers' needs, air conditioning, cruise control, full power accessories and an adjustable steering wheel with a 4-speaker CD-playing stereo with an auxiliary jack just aren't enough to outweigh the sluggishness of its 173 hp and 166 lb-ft/torque little 2.4, even though buying in here also affords almost every SXT feature as an option.

Moving up to the SXT outright provides standard features like 17-inch alloy wheels, automatic headlights, heated outside mirrors, automatic climate control, an 8-way powered driver's seat and 2 more speakers for that stereo with satellite connectivity. Standards in the top-shelf R/T include 18-inch alloys, sport-tuned steering and suspension, heated front sport seats, an auto-dimming rear-view, Bluetooth connectivity and a Boston Acoustics sound system that adds an iPod/USB interface and no more options than are also available to the SXT.

In all, drivers love the way that sport-tuned edition drives and all the goodies available for every trim, but anything else feels so much like your everyday land yacht—complete with body roll, squishy bumps and a van-like 36-foot turning circle, but a compact's 13.5 cubic feet in the trunk. Maybe the Avenger is off to some secret training camp to refine its skills and mission, but most drivers won't miss it, given all the other champion sedans available today that need no justification.

Kiki_B I have a 2011 Dodge Avenger with the 3.6 - liter V-6. I beg to differ with you about the 19/29 MPG's not delivering. This is exactly the mileage I get and even got 30.6 mpg this past summer while traveling across Michigan. This car delivers a smooth ride and has been a great car for me. It's sporty and fun to drive. Why you're giving it such a crummy review is beyond me.

bluebird54 I have a Dodge Avenger. I think it drives very well so far and I get very good mileage My complaint would be knee space. There is none. NONE. The steering wheel does not tilt enough so I have to adjust my seat when getting out of the vehicle. It is a great car other than that if your not into high tech stuff like gps, blue tooth, etc. And that goes for all Chrysler Products. Driver side leg space, Much needed improvement.

TheHorror Kiki, because the Avenger is poorly assembled out of cheap materials; The steering is numb; both automatics are lethargic; the suspension is poorly damped; it depreciates at a terminal velocity. Any other sedan in the Avenger's price range offers multiple compelling reasons for being a superior option.

Users ranked 2014 Dodge Avenger against other cars which they drove/owned. Each ranking was based on 9 categories. Here is the summary of top rankings.

Have you driven a 2014 Dodge Avenger?
Rank This Car

I have a 2014 dodge avenger. It is a loaner from a friend since mine is in the shop. The horn goes off at random times while I’m driving and when it’s parked. Where is the fuse to stop the horn fro...

Have a 2014 avenger. It will idle ruff for about 15 seconds when i first start it,then it smooths out and runs fine. What is causing this?

Went to get oil changed today and everything fine when I left shop but later when I got into my car the low tire pressure light was on. Checked all four tires and they are good. Why would the low t...

Help With Next Step?

Hello. I have a 2014 dodge avenger. Recently had an engine put in it and it wont start at all now. I took it to the dealership and was told my crankshaft sensor and cam shaft sensor are reading out...