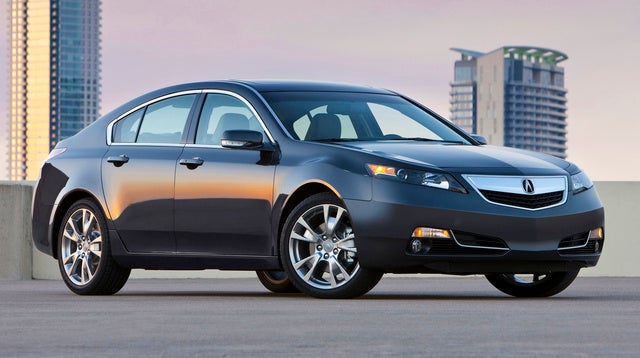 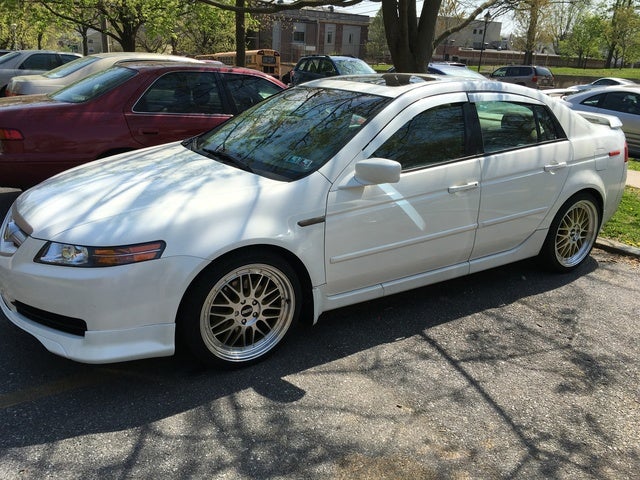 As it awaits a next-generation makeover tentatively scheduled for 2015, as well as a rumored name change to the TLX, the Acura TL midsize luxury sedan remains unchanged for 2014. Although slightly dated in design, the TL continues to deliver plenty of upscale features, interior comfort and good performance, as well as sporty handling, especially when equipped with Acura's SH-AWD all-wheel-drive system. However, the TL has lost some ground to competitors over the last few years, perhaps due in part to some design miscues when the TL's fourth generation debuted in 2009, with its controversial in-your-face double-plenum front grille. Acura toned down the grille during a 2012 update, but sales have tapered off since then, making a design refresh a high priority.

On the positive side, the TL still has plenty to offer, even at the end of its current generation, starting with its upscale cabin and long list of standard features. Acura offers the TL with a choice of two engines, both of which deliver good performance as well as decent fuel economy. In addition, the well-tuned suspension provides a nimble, comfortable ride, especially when equipped with the SH-AWD system, which improves handling and stability.

Outside, the TL's long nose, high beltline, subtle wheel arches and tapering roofline create a sporty appearance with classic touches. Although Acura toned down the aggressiveness of the grille in 2012, it still sets the mood up front and certainly distinguishes the TL from the rest of the crowd, so it serves its purpose. HID auto on/off headlights come standard on the TL, along with foglights, heated side mirrors, LED taillights and dual exhaust tips. Illuminated door-handle recesses and speed-sensing windshield wipers are also included in the standard package.

For 2014, Acura again offers the TL as a Base trim, as well as in upgraded trims with Technology and Advance Packages. All are available with either front-wheel drive (FWD) or SH-AWD. In addition, Acura introduced a new Special Edition trim late in the 2013 model year, which rolls into 2014 unchanged. Available only with FWD, the Special Edition slots just above the Base trim and includes such features as unique 18-inch alloy wheels and a rear spoiler, as well as push-button start and ebony leather upholstery with contrast stitching that matches the exterior color. The Technology and Advance Packages also add a rear spoiler, as well as a number of upgraded interior features and unique wheels.

Two different engines drive the TL FWD and SH-AWD trims. Power for FWD trims continues to come from a 3.5-liter V6 engine, which produces 280 hp and 254 lb-ft of torque. It mates to a 6-speed automatic transmission with Sequential SportShift, a Sport mode and steering-wheel-mounted paddle shifters for manual shifting. Fuel economy numbers check in at 20/29 mpg. SH-AWD trims upgrade to a 3.7-liter VTEC V6 engine, which puts out 305 hp and 273 lb-ft of torque. It also links to the 6-speed automatic, although owners can add an available 6-speed short-throw manual transmission with hill start assist. The bigger V6 posts fuel-economy numbers of 18 mpg city/26 highway with the automatic transmission and 17/25 with the manual shifter.

When it comes to the TL's ride and handling, reviewers draw a big distinction between the FWD TL trims and the SH-AWD trims. Both drivetrains deliver competent handling and a sporty ride, with the lighter TL slightly more nimble than the heavier SH-AWD trims. But testers like the road-hugging characteristics delivered by the SH-AWD system, especially when coupled with the 6-speed manual shifter and larger V6, which enable drivers to get the most from the TL's performance-oriented components. The SH-AWD trims also receive larger stabilizer bars and unique damper and brake tuning for optimal handling. The TL rides on 17-inch aluminum-alloy wheels, while SH-AWD trims receive 18-inch aluminum-alloy wheels. The Advance Package adds unique 18-inch wheels on FWD trims and 19-inch wheels on SH-AWD trims.

The TL offers an upscale, driver-oriented cabin with high-end materials, plenty of interior space and a long list of standard features, including leather upholstery, heated front seats, 10-way power adjustment for the driver, 8-way power adjustment for the passenger and a power moonroof. Other standard features on the Base TL include ambient lighting, an auto-dimming rear-view mirror, remote keyless entry, dual-zone automatic climate control, a leather-wrapped steering wheel and an 8-speaker 276-watt audio system with a 6-CD changer, Bluetooth and SiriusXM satellite radio.

All TL trims come equipped with a wide range of safety features, including 6 airbags and Acura's Vehicle Stability Assist system, which incorporates stability control, traction control and antilock brakes. The 2013 TL was named a Top Safety Pick, which should carry forward to 2014. In addition, the NHTSA gave the 2013 TL an overall safety rating of 4 out of 5 stars, including 5 stars for protecting passengers during a rollover.

Despite the fact that it's deep into its current generation, the TL continues to rank at or near the top of its class, according to a number of reviewers. Upscale competitors include the BMW 3 Series, Cadillac CTS, Mercedes-Benz C-Class and Audi A4.

Shakur I really think i want this car

Users ranked 2014 Acura TL against other cars which they drove/owned. Each ranking was based on 9 categories. Here is the summary of top rankings.

Car died on me today. Oil pressure was on, check engine was one and then I lost control over the steering wheels. Nothing is wrong with the battery since I can still turn on the car, and the windows...

Clogged MAF Due To No Air Filter For 2100 Miles

2014 TL Acura v6 broke down due to a clogged MAF. MAF was clogged due to no air filter. Traveled to the beach. Could sand be in engine?