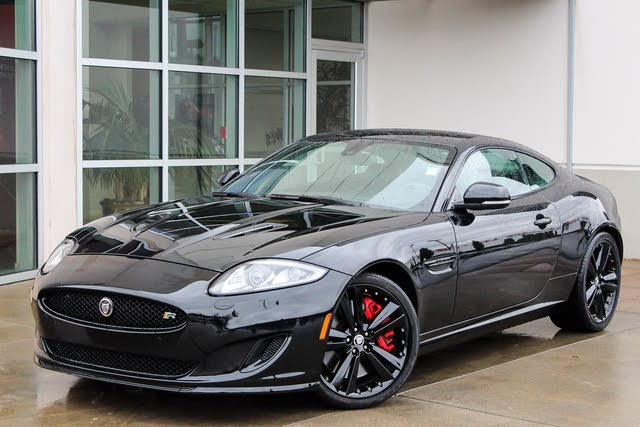 Since its revival in the late 1990s, the XK-Series has been modified and expanded year after year with no apparent lull. The 2012 XK saw the addition of high-performance XKR-S trims, but for 2013 Jaguar offers the XK base and XKR with a high-luxe Portfolio Pack of options and 20-inch tires for all.

Previously enjoyed by 2012 XJ owners, the 2013 XK and XKR Portfolio Pack affords 2 color options of supple soft-grain leather upholstery from seats to dash to steering wheel and headliner—even the floor mats, too, whereas the dash face can be outfitted with hand-polished wood or darkly finished aluminum veneers. Outside, the Portfolio Pack features chrome mirror caps and accents, a mesh grille and an exclusive glossy shade of black. The XKR version expands on that with a few more paint colors and chrome surprises.

The high-performance XKR-S trims can still opt for the Bright Pack to get those exterior chrome accents it's missing while maintaining its unique interior, but this particular model needs no help leaving the showroom. The 2012 XKR-S was sold out before it even debuted, and with 25 of 100 2013 editions to be produced already snagged by February of 2012, chances are Jaguar introduced the Portfolio Pack as a special enticement—a decoy, if you will.

Otherwise, as is readily expected of Jaguar, the XK-Series continues staidly into 2013 with each of the 3 trim levels available as a coupe or convertible, all powered by slightly modified versions of the same 5-liter V8. Rear-wheel drive and a 6-speed automatic with steering-wheel-mounted paddle shifters remain the status quo for every XK, with a respectable 11 cubes of cargo capacity in the coupe's trunk and 8 in the convertible.

Being largely a carryover, the 2013 Jaguar XK still suffers from an uncomfortably tight back seat and touchscreen controls that were apparently engineered by rocket scientists, and the coupe's cabin feels just about anything but spacious. That said, the convertible editions afford amazing sound insulation with the top deployed, and the ability to retract or deploy it with the push of a button in just 18 seconds is a nice thought if it gets to be too "cozy" to be comfortable.

As for power and performance, the XK is no slouch with an all-aluminum frame and adjustable suspension allowing for almost magnetic cornering and plenty of acceleration thrills no matter where you enter the lineup. Sure, the base XK may look puny with 385 hp and 380 lb-ft of torque on paper, but the proof is on Pudding Road with a zip-to-60 time sitting on the 5-second fence. Having the least performance, the XK base gets the best efficiency at 16 mpg city/24 highway for the coupe and just 2 mpg less for the convertible on the highway.

Move up to the XKR for 510 hp and 461 lb-ft of torque out of that same 5-liter V8, here with a supercharger. Reaching 60 mph from a standstill in just 4.5 seconds, this behemoth fetches the same economy as the XK convertible minus 1 mpg city. The XKR-S turns the supercharger up to 11 for a zip-to-60 time of 4.2 seconds and the same fuel economy as the XKR, but with 550 hp and 502 lb-ft of torque.

GuruV3GMD A classic that gives me a feeling of complete satisfaction every time I get behind the wheel . Almost every time I stop to fuel up the car will receive a compliment .

Have you driven a 2013 Jaguar XK-Series?
Rank This Car

Trying to place ad now for this same car.

Listed On Your Web Site Is A Certified Jaguar XKR, 2013 At Cole European In...

I located a Jaguar XKR 2013 on CarsGuru. The Jag is listed as Certified. In fact Cole European has listed the Jaguar as Certified on 4 Web Sites, including Jaguar USA. After an hour at the Dealer...