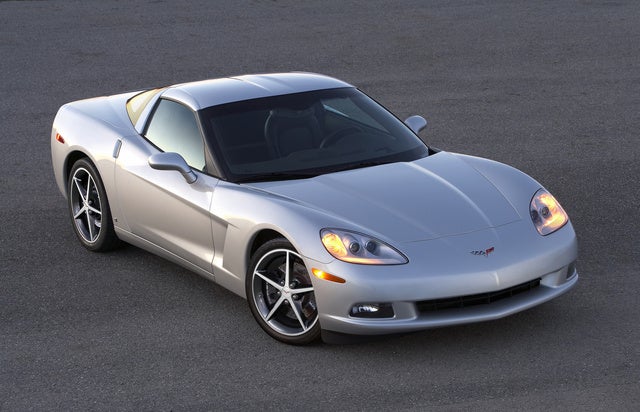 Average user score
4.8 ⁄ 5 stars
Based on 30 reviews
Review by GuruCZHJH — The thing which makes this car valuable to me is the few that were made with the Heritage option. This included the 427 engine and a number of appearance items that were a part of the package. There ... Read more
Fast by migration_bbbender — Check your headlights and make sure they are sitting correctly and have no spacing between body. This model tends to gap from the front end. Shop has to correct this but it is an easy fix, just a da... Read more
2013 60th Anniversary Corvette. Performance, Classic Corvette Styling by MSHLH — The 2013 Grand Sport is a fantastic car with a Classic Corvette look. Tremendous acceleration, superb handling and braking. Comfortable daily driver. The Grand Sport interior is good quality with nice... Read more 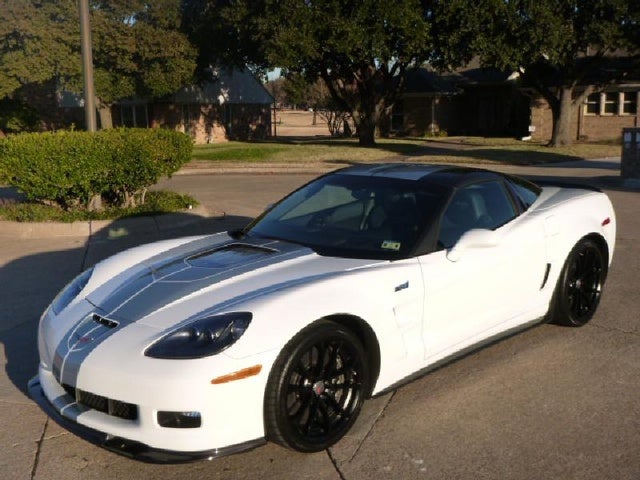 No new Corvette for us, it seems. Rumors swirled about a midengine layout for the new C7, but a global economic meltdown seems to have stalled that particular vehicle. Sad as this would normally be, we get an extra helping of heartache in this, the 60th anniversary of America’s sports car. What does this mean for Corvette connoisseurs from around the world? Another year of the C6 for starters, albeit with a small segment of changes.

Some new colors lead the way, with Night Race Blue and Supersonic Blue making appearances for exterior paint, as well as new painted black aluminum wheels to replace the competition grays with which we’ve become so familiar. In addition, any Corvette trim—Base and Grand Sport coupe and convertible, as well as Z06 and ZR1 high-performance coupes—can be decked out with the 60th Anniversary Package. If you’re so inclined, this means your Corvette will get an Arctic White paint job, Blue Diamond leather interior with Alcantara accents, painted gray brake calipers and a rear spoiler yanked straight off the ZR1. Of course, you’ll also get “60” emblems splashed around as well, but you expected as much, no?

That said, if chronological commemoration is your penchant, you might want something more. After all, every aforementioned trim is still basically the same Corvette we’ve been seeing for years. Base and Grand Sport versions are still powered by the familiar 6.2-liter V8 putting out 430 or 436 hp, depending on exhaust, while the ZR1 and Z06 get the same 638-hp 6.2-liter V8 and 505-hp 7.0-liter V8, respectively.

For something more rare, Chevy offers the 427 Convertible Collector’s Edition. The company's calling it the fastest, most capable Corvette convertible ever—a combination of the best from the ZR1 and the Z06. From the ZR1 the 427 steals the magnetorheological suspension, and from the Z06 it claims the 7.0-liter V8, the first time that engine will be made available in a convertible. What’s more, it gets the carbon-fiber treatment for the hood, fenders and floor panels, with a carbon-fiber splitter and rockers additionally available. It’s a limited-edition version, however, so you may have already missed your window.

This also means that regardless of the Corvette you choose, you’ll still be saddled with the same antiquated and semi-insulting interior. Yes, the Corvette is the bargain of the performance sports-car industry, but there’s really little excuse for this interior this late in the game. Chevy promises it will be nary but legend with the coming of the next Corvette, but for now we’ll have to suffer through.

So pick your poison. Will you wait until next year for the next Corvette or grab one of the special editions put together for this year? The 427 is fetching a premium—one recently went for $600K at auction—but the special paint, trim and interior of the Anniversary Package may be a good opportunity for a collector to get a special Corvette for little premium. Regardless, say goodbye to the C6. It’ll be all C7 from here on out.

What's your take on the 2013 Chevrolet Corvette?

gbeneduci A fantastic sports car. Looks awesome with the Z06 and ZR1 body parts. It handles very good. The interior on the collector edition is fine. Better than the standard version.

Users ranked 2013 Chevrolet Corvette against other cars which they drove/owned. Each ranking was based on 9 categories. Here is the summary of top rankings.

Have you driven a 2013 Chevrolet Corvette?
Rank This Car

I Have Photos And Want To Put Them In My Ad

How Do I Raise My Credit Score For Auto Loan Approvals?

Can I contact someone that can help me with my listing?

How To Upload My Pictures

How to upload my pictures

Need to upload carfax report to my listing, as I have had a possible buyer contact me and we cannot get contact info from each other, as CG removes info!