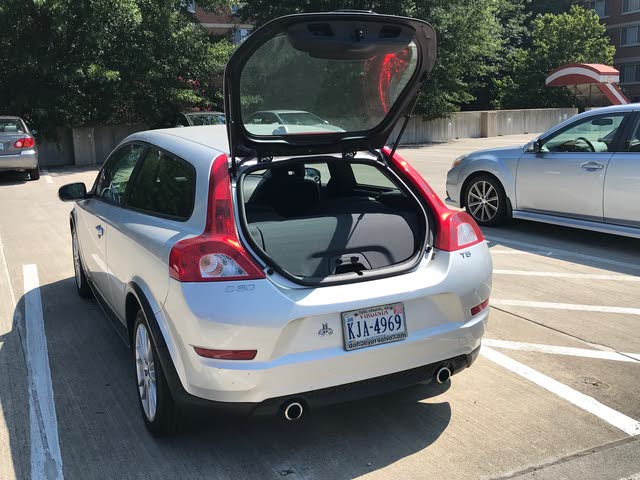 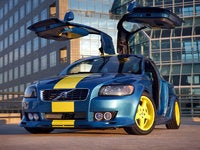 Following last year's highly revered restyling, the 2012 Volvo C30 carries over with just a few tweaks and updates. The Multimedia and Preferred option packages have been replaced by the Premium Plus and Platinum packages, but every C30 now comes standard with Bluetooth connectivity, a rear-seat armrest and an alarm system alongside one new Caspian Blue exterior color.

Drivers have nothing but praise for their favorite 4-seater European hatchback. The balance of performance and comfort - tipped decidedly toward comfort - is loudly acclaimed right alongside its safety, style, fit and finish. Although it does appear that a few left the manufacturing line with some defects, the proportion of drivers crying Lemon to wildly satisfied drivers is exceptionally small by any standard - let alone for a car still in its first generation.

The two new option packs for 2012 include a power sunroof, powered front seats, driver memory, LED daytime running lights, metallic interior accents, upgraded audio system, navigation and satellite radio - representing a complete shuffle, but only a slight expansion from the offering in previous years. The Climate package with heated seats and other cold-weather considerations is still available, as are the standalone options like a blind-spot information system.

However, these new option packs appear to leave out keyless ignition/entry, and it is not clear whether this feature was simply added into the "alarm system" like it was in so many other Volvos, but in either case it's likely just an oversight in the literature that will get cleared up soon enough. It's hard to envision a Volvo without that feature - even at such an attractive price.

Speaking of price - the C30 comes well-equipped for an all-star on safety, comfort and style priced at less than $30,000. The base T5 offers alloy wheels, height-adjustable seats, full power accessories, a tilt-and-telescoping multifunction steering wheel, cruise control, 50/50 split-folding rear seat and an 8-speaker CD player with an auxiliary audio jack. It's nothing amazing, but unlike many other luxury makers, Volvo didn't cut corners to trap you into an option pack for a little comfort.

The T5's beefier brother - the T5 R-Design - adds the expected sport considerations like foglights, sporty trimmings, and tweaked steering and suspension, but both are front-wheel drive and powered by a 2.5-liter turbocharged inline-5 good for a nicely balanced 227 hp and 236 lb-ft of torque. A 6-speed manual is standard, while both enjoy the option of a 5-speed automatic if 6.4 seconds to reach 60 mph from a standstill is too much fun for you.

Although cargo capacity is a definite downer - maxing out at 20 cubic feet with the seats folded down - and some drivers report slightly worse fuel economy than the promised 21 mpg city/29 highway, at least it doesn't demand high-test fuel for all that performance and spunk. Don't buy your next new commuter without at least giving the 2012 C30 a test drive.

Users ranked 2012 Volvo C30 against other cars which they drove/owned. Each ranking was based on 9 categories. Here is the summary of top rankings.