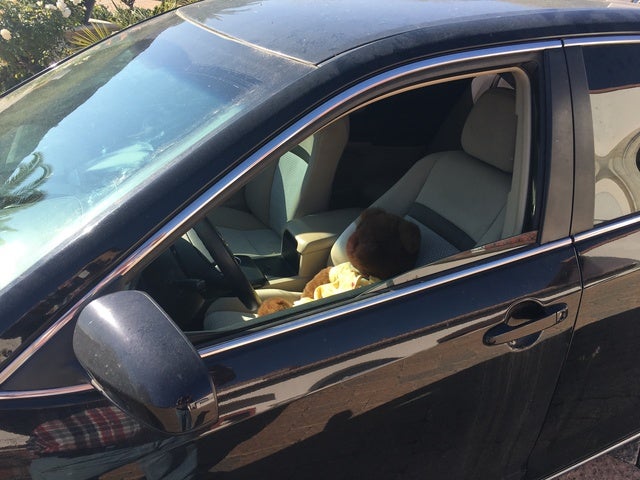 The Toyota Camry receives a full redesign for 2012, updating the automaker's most popular vehicle with new styling, an upgraded suspension and chassis, and a new powerplant for the Camry Hybrid, bumping its fuel economy to over 40 mpg.

Despite all-new sheet metal, the 2012 Camry's exterior styling fails to excite many critics, and some consider the Camry's performance less than stellar, especially for trims with the 4-cylinder powerplant, which rolls over from the previous generation unchanged.

At first glance, the Camry's exterior styling may seem too conservative, but after viewing the car from the side and front corners, you just might change your mind. The seventh-generation Camry now looks more elegant, and perhaps even classy. Is it enough to compete with cars like the Hyundai Sonata, which displays a truly modern, windswept design? For younger buyers, probably not, but the newest generation should have no problem appealing to previous and current Camry owners, especially when you throw in a more refined driving experience, a total of 10 airbags, and slightly improved mileage numbers.

One of the best-selling cars in America, the Toyota Camry receives a full redesign for 2012, with new styling inside and out, upgrades to the chassis and suspension, and a new powertrain for the hybrid. While the conventional 4- and 6-cylinder engines carry over from the previous year unchanged, improvements to the rest of the vehicle are significant enough to make the Camry feel like a brand new car.

That may not be evident on first glance, as Toyota seemed hesitant to make too many jarring changes to the seventh-generation Camry. Toyota describes the Camry's new look as "bold" and "sophisticated," with crisper lines, a more angular front end, prominent curving in the mid-section along the doors, and a more aerodynamic roofline. The headlights have been reshaped so they now merge with the bumper, and at the rear, the taillights have top sections that extend along the trunk line.

The 2012 Camry comes in entry-level L, mid-level LE, sporty SE, and high-end XLE trims, as well as Hybrid versions at the LE and XLE levels. Foglights are now standard on XLE and SE trims, and the automaker added exterior chrome trim to LE and XLE trims for 2012. The SE sports a distinct lower-body design, as well as a mesh upper grille section and a three-part lower grille that houses the foglights. Prominent rocker panel moldings and front and rear underbody spoilers are also unique to the SE trim.

The Camry's interior now offers slightly more room than the previous generation, which is most noticeable in the rear seat. The plasticky look of previous generations has given way to a more organic, people-oriented feel. A new dash and redesigned seats are some of the interior improvements for 2012.

The Camry's 4- and 6-cylinder engines continue to deliver acceptable fuel mileage numbers of 25/35 mpg for the 4-cylinder engine and 21/25 for the V6 (available in the SE and XLE trims). Fuel economy for the Hybrids checks in at 43/39 mpg.

While overall the Camry receives positive marks from the automotive press for its redesign, some critics are less than impressed with the new exterior shape, which they note is an improvement on the previous generation, but still has a hard time standing out in a crowd. Some reviewers had hoped for a more distinctive look for the Camry, calling the new design too conservative, but most agree it should not affect the Camry's popularity with buyers.

Although the new Camry weighs about 120 pounds less than the previous generation, drivers won't notice a significant improvement in performance, since the powerplants did not receive an upgrade in horsepower. The base 2.5-liter 4-cylinder powerplant delivers 178 hp, while the 3.5-liter V6 pumps out a respectable 268 hp, the best for any V6-powered midsize car, according to Toyota. Both powerplants feature Dual Variable Valve Timing with intelligence (Dual VVT-i), which helps improve efficiency and fuel economy.

The previous generation's manual transmission has been dropped from the lineup, and all trims now come equipped with a 6-speed automatic transmission that offers a manual shift mode using the shifter in the center console. The SE adds paddle shifters on the steering wheel, as well as an "S" driving mode with faster shift times for a sportier driving experience. The final drive gearing for the 6-speed automatic in both the 2.5-liter I4 and 3.5-liter V6 engines has been lowered for better fuel economy, which can affect upper-end performance. However, the revamped Camry still delivers reliable performance with good acceleration off the mark, especially for around-town driving.

Drivers who prefer a more economic ride can choose from one of two Camry Hybrid trims, which receive a new 2.5-liter engine with a small high-torque electric motor. Combined, the system produces 200 hp, yet still manages a more than 30 percent improvement in fuel economy. Regenerative braking is also new for 2012, helping to improve the Hybrid's efficiency.

Thanks to a new EV Drive mode for the Hybrid trims, drivers can now operate the Camry Hybrid on the electric motor alone for up to 1.6 miles at speeds below 25 mph, further conserving fuel. In addition, the nickel-metal-hybrid battery, which is located below the trunk, is more compact, resulting in an additional 2.1 cubic feet of cargo space when compared to the previous generation.

The 2012 Camry's upgraded chassis utilizes more high- and ultra-high-strength steel and lighter materials. In addition, 55 new welds increase rigidity and decrease noise. The Camry's front and rear suspensions have been upgraded for better stability and more responsive steering, as well as improved ride comfort. In addition, all new Camry trims feature Toyota's state-of-the-art electric power steering system, which provides better feedback to the driver, according to the automaker. In addition, the steering system has a speed-sensing feature, requiring less effort from drivers at lower speeds.

There are some drawbacks, however. Toyota elected to source its electric power steering systems from different manufacturers for the 4- and 6-cylinder trims. While the V6’s steering is well-weighted and responsive, the same can’t be said of the system in the 4-cylinder trims, with some critics calling the steering vague and lackluster.

Inside, the clumsy center stack is gone, replaced by a redesigned center console with straightfoward, easy-to-use control knobs, and the dashboard has been revamped as well. A new curved center cluster offers pleasing visuals and a feeling of depth, while at the same time appearing less dominant in the cabin. Soft padding and visible stitching on the instrument panel results in a more elegant feel, while soft textures on the armrests provide better ride comfort. In addition, the pedals and front seats have been moved forward slightly, and the front seatback reshaped to provide additional legroom for rear-seat passengers. The seats themselves have higher backs and longer cushions for improved comfort.

Toyota has also taken steps to reduce cabin noise with improved insulation and noise-absorbing materials, resulting in an even quieter ride. Even the dashboard has been designed to reduce noise intrusion.

Judicious use of chrome and colored trim results in a more luxurious feel overall in the Camry's cabin. The automaker reworked and shaved the interior trim, door openings, pillars, and seatbacks to create a more spacious feel inside without increasing the car's overall length or impacting its structural integrity. Side kneepads for the driver and front passenger add a level of comfort, while soft-touch surfaces throughout are mated with pleasant textures and faux hand-stitching to provide a significant upgrade to the Camry's overall ambiance.

Toyota offers the 2012 Camry with four choices of seat-covering material, including base fabric in the LE and XLE, fabric with SofTex for the SE, leather trim on the XLE V6, and optional leather-trimmed Ultrasuede for the SE and XLE Hybrid. The XLE V6 comes standard with heated seats, which are available on the SE, XLE, and Hybrid. All trims now include a 60/40-split rear seat, allowing the expansion of cargo capacity.

Bluetooth wireless connectivity and a USB port now come standard throughout the line, and the LE, SE, and XLE trims now come equipped with a 6-speaker audio system managed through a 6.1-inch screen, which also displays an energy monitor and fuel consumption details. The screen also serves as a monitor for the integrated backup camera, available on SE and XLE trims. It's also utilized for the optional navigation system and for Toyota's new optional Entune multimedia system, which supports mobile apps and provides access to live weather and traffic reports, as well as sports and stock information. The Entune system also offers access to iHeartRadio and Pandora music services.

All Camrys now come standard with 10 airbags, including dual-stage front, seat-mounted side, rear-seat side, and side-curtain airbags, as well as knee airbags for the driver and front passenger. In addition, front-end construction, the inner hood structure and high-strength steel in the body help protect passengers.

In addition, owners can add Toyota's Safety Connect system, which enables them to access a live operator in emergency situations and utilizes GPS to guide police or emergency vehicles to the car. Also newly available is a Blind Spot Monitor, which can detect vehicles in adjacent lanes and alert the driver using indicators on the side mirror.

In IIHS testing, the 2012 Camry got top ratings in front and side impact testing, as well as in roof strength, and it similarly received top ratings for testing by the National Highway Traffic Safety Administration.

There's no doubt that owners are impressed by the new Camry, noting its styling, roominess, comfort, performance and overall value. Owners also like its smooth ride, quietness, confident handling and fuel economy. In fact, many new owners report that they looked closely at a number of competitive vehicles, including the Hyundai Sonata, Kia Optima and Honda Civic, and opted for the Camry.

However, some owners point out a few drawbacks, such as an oddly pitched gas pedal and an occasional bumpy ride. And some critics continue to grouse about the Camry's conservative redesign, though overall owners seem pleased with the new Camry's look and feel.

Users ranked 2012 Toyota Camry against other cars which they drove/owned. Each ranking was based on 9 categories. Here is the summary of top rankings.

Have you driven a 2012 Toyota Camry?
Rank This Car

I need to get my driver side door replaced because of a collision. The mechanic wants to replace the front bumper and paint the passenger door too which will cost a lot extra. I think the mechanic c...

7 views with no answers yet
10

So I had to get 2 used tires from a place I have been few times (NOT SURE IF THE TIRE REPLACEMENT HAS ANYTHING TO DO WITH ISSUE). Anyway as I left tire shop all of sudden all these lights popped o...

604 views with 8 answers (last answer about a month ago)

2012 Toyota Camry Ac Not Cooling Too Much Freon

AC not cooling for long periods of time, then starts working again. Too much freon. How to resolve ?

There Are Four Tires In A Row With Psi Below The Tire Symbols Which Tire I...

I have a low pressure light on the dash and a pressure indicator that comes on at the screen of the radio/navigation etc. When I press the tire pressure button, four tire s appear in row left to right...

I've changed out the front suspension but there is still a clunking coming from the front end. any ideas??