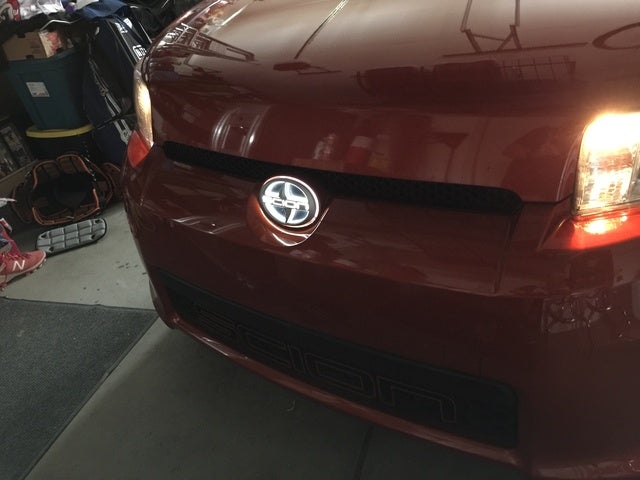 The Scion xB urban utility vehicle receives a few new standard high-tech features for 2012, including Bluetooth and a 160-watt Pioneer audio system with HD radio, further strengthening its appeal as a unique, cutting-edge ride for younger buyers and families.

The Scion xB's boxy exterior design won't appeal to everyone, and fuel economy numbers for the 2012 xB continue to come up short when compared to numbers from some of its competitors.

While it lags behind some competitors in fuel economy and continues to come equipped with out-of-date transmission options, the Scion xB excels in high-tech features and interior roominess. In addition, its unique exterior design sets it apart from the typical urban commuter. Owners are overwhelmingly positive about their xBs, and most reviewers believe the vehicle's pros far outweigh its cons and routinely place it near the top of its automotive class.

The Scion xB, which comes in Base and special-edition RS 9.0 trims for 2012, continues to display its cube-on-wheels exterior design. An exterior update in 2011 smoothed out some of the boxier sharp edges and tweaked the front-end design. Distinctive exterior features include a rectangular lower front grille, elongated projector-beam headlights that wrap around the sides, pronounced fenders, high sidelines and a squared-off rear end with a chrome-tipped exhaust. Owners can add such options as foglights, a sport muffler, mudguards and a rear wind deflector for a sportier exterior appearance. The xB comes with only a single engine option and a front-wheel-drive platform, without available all-wheel drive.

The special-edition RS 9.0 receives a few unique features, including Hot Lava exterior paint and a honeycomb-patterned lower front grille, as well as exterior badging that illuminates with the driver locks or unlocks the car. Inside, the RS 9.0 gets perforated synthetic suede upholstery with Hot Lava stitching.

While the Scion xB blazed the trail for other boxy vehicles like the Nissan Cube and the Kia Soul, the xB hasn't managed to keep up with its competitors when it comes to fuel economy and innovation, as well as pricing, since it's now the most expensive vehicle of its type. However, the xB offers expansive interior space and easily accommodates 5 adults in 2 rows of seating. With the rear seats in place, the xB offers just 11.6 cubic feet of interior space, but that expands to an impressive 69.9 cubic feet with the rear seats folded down, nearly matching the cargo space of some crossover vehicles and small SUVs. 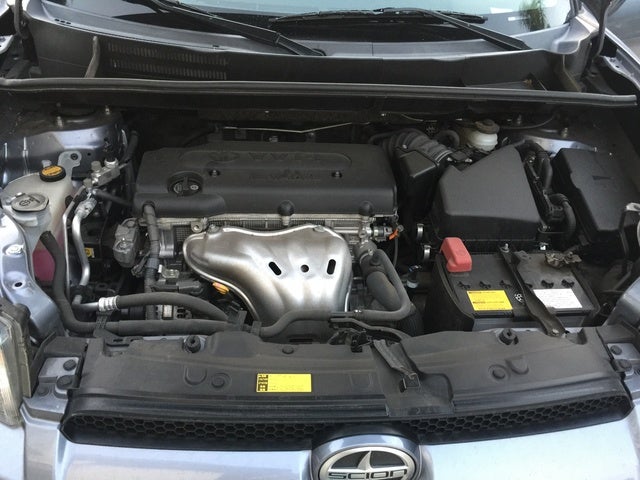 A 2.4-liter 4-cylinder engine with variable valve timing continues to power the Scion xB. The engine produces 158 hp and 162 lb-ft of torque, and links to either a 5-speed manual transmission or a 4-speed automatic with a manual shift mode. The EPA estimates fuel economy numbers of 22/28 mpg with either transmission, which lag behind those of such vehicles as the Kia Soul and the Nissan Cube, both of which get up to 31 mpg. Other class competitors, including the Ford Fiesta and the MINI Cooper, offer mileage numbers into the mid-30s, by comparison.

The 4-cylinder powerplant provides good performance around town, with solid acceleration off the mark, though the engine struggles at times in passing situations at higher speeds, especially with the xB fully loaded. Testers seem to prefer the manual transmission, though both shifters are outdated in an era of 6-, 7- and even 8-speed transmissions, as well as continuously variable transmissions (CVTs), which help improve fuel economy. In addition, some reviewers note slow downshifts from the automatic and a herky-jerky aspect to the manual transmission that detracts from the overall driving experience.

Overall the xB feels fairly stable on the road, although its boxy shape, tall profile and higher center of gravity result in some body lean in corners. In addition, high winds can sometimes toss the vehicle around, due to its paneled, truck-like sides. The xB's ride receives mixed reviews. Some testers like the way the xB's suspension handles road imperfections, while others criticize its harsh ride and noise intrusion in the cabin. Most reviewers say the disc brakes provide good stopping power, and they like the xB's tight turning ratio and maneuverability, although some find feedback from the electric power steering system a little numb at times.

The Scion xB rides on a front independent MacPherson strut suspension with a stabilizer bar, while the rear receives a torsion beam configuration. Standard 16-inch wheels can sometimes contribute to ride harshness. Testers say the optional 17- or 19-inch alloy wheels do a better job of minimizing road imperfections. Owners can choose from a variety of available alloy wheel designs and wheel covers, including black matte finish wheels, to customize their vehicles. Other suspension and handling options include performance shocks, a limited-slip differential, a rear anti-sway bar and high-performance brakes.

New interior features added for 2012, including standard Bluetooth and HD radio, give the xB a leg up on its competition. The xB also comes equipped with such niceties as remote keyless entry, sport front bucket seats and a tilt/telescopic steering wheel with audio and cruise controls. The rear seat splits and folds down to expand cargo space, which remains one of the xB's biggest selling points. Passengers will also find a number of other interior storage spaces, including a hidden fixed tray beneath the rear seats, a driver's convenience tray and storage pockets in the front door. Cloth upholstery, air conditioning, a multi-information display and power windows and door locks are among the xB's other standard features.

Simulated alloy dash and steering-wheel accents add a bit of style, but some reviewers find the interior a little too monochromatic and find a few too many hard plastic surfaces inside. An instrument cluster centrally located on the dash also causes problems for some reviewers, who find the gauges and controls tricky to locate. However, owners don't seem to mind the unique layout of the gauges. The front seats, which were upgraded in 2011, are generally comfortable, and the tilt/telescopic steering wheel helps ensure a comfortable seating position for the driver. Thick C-pillars can sometimes limit visibility out the back, testers note.

Optional features for the xB include a Scion touchscreen navigation system and rear-seat DVD entertainment, in addition to the upgraded Pioneer Premium audio system. SiriusXM satellite radio, a sport steering wheel and a remote engine starter are among the other options.

Along with all the other expected safety features, the xB comes equipped with a first-aid kit, a nice touch that again underscores its uniqueness. Electronic stability control, traction control and 4-wheel antilock brakes with electronic brakeforce distribution and brake assist are part of the standard package. Dual front airbags, front seat-mounted side airbags and front and rear side-curtain airbags are also included. In addition, Scion includes its Smart Stop Technology, which automatically reduces engine power when the brake and accelerator pedals are pressed at the same time in emergency situations.

The Scion xB's functionality appeals to owners, who like its SUV-like interior space combined with sedan-like handling. A number of owners point out that while the xB might look small from the outside, it offers plenty of room inside. It's also comfortable and fun to drive, they say, and a vast improvement over earlier versions of the vehicle. In fact, a number of owners are repeat customers who have upgraded to newer versions. They find the xB maneuverable and sporty, although they say the ride can be harsh over rough road surfaces. Owners also like the center-mounted instrument cluster, and find the controls relatively easy to operate. In addition, owners like the xB's build quality.

Some owners would like to see better performance from the vehicle, and a few comment on the out-of-date transmissions. Owners also would like better fuel economy from the xB, although for most this doesn't seem to be a huge concern. Overall, owners say the xB is a good, practical commuter vehicle that meets their needs.

Pmasini I LOVE My Scion!

is it easy for disabled to get in & out of

Hello everyone, I am new to the forum and new to scion cars too. I bought my scion 2012 xB on November last year from Toyota dealer and it has 109k miles on it. So far everything is good but there a...