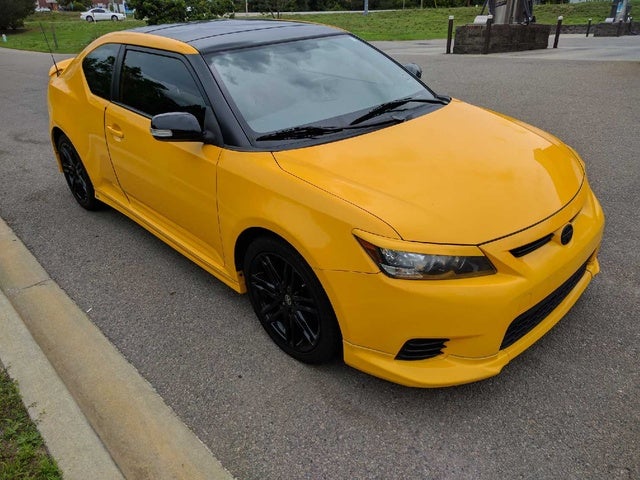 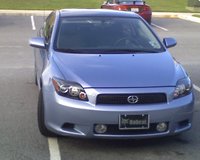 The 2012 Scion tC, once again settling into its allotted place after a 2011 redesign, carries the flag for Scion, the Toyota brand that actively pursues the youth vote in the form of its spending dollars. The idea is to be a little bit edgier and flashier, while at the same time appealing to a segment of the market looking to keep its monthly payments at least somewhat reasonable.

It’s a challenging mission to fulfill and stay in the $20,000 range, as proven by this 2-door 5-passenger sports coupe. The 2012 Scion tC, many reviewers find, has much of the flash and style part down without being overbearing, and they feel it should appeal especially to those younger drivers looking to customize their rides. But they also point to its fair share of drawbacks.

Start with the flash. Scion adds a new special edition trim, the tC Release Series 7.0 – it goes by a full moniker of 2012 Scion tC RS 7.0 – that features an eye-grabbing High Voltage yellow-and-black color scheme. A body kit from Toyota Racing Development (TRD) includes a unique grille on the front fascia. The black seats get yellow accents and, not to be upstaged, the sporty leather-wrapped steering wheel gets yellow stitching. An “Engine Start” button revs the RS 7.0 into action.

A 2.5-liter, 4-cylinder engine good for 180 horsepower and 173 lb-ft of torque powers both the 2012 Scion tC Base trim and the RS 7.0, and experts note the engine upgrade from previous models was definitely one of the good things about the changeover for 2011. The 2012 Scion tC comes standard in front-wheel drive with a 6-speed manual transmission and a 6-speed automatic transmission is available. Either version is rated at 23 mpg city/31 highway.

Reviewers generally find the 2012 Scion tC well-equipped with its sunroof and power windows, mirrors and doors. They also like the sound system alternatives: A 30-watt, eight-speaker Pioneer setup with an auxiliary audio input jack and Bluetooth connectivity with audio streaming that is now standard, or a 340-watt Pioneer option. The fast crowd will also get a kick out of TRD options such as 19-inch alloy wheels, a suspension-lowering kit and upgraded brake and exhaust systems.

Some experts find fault, on the flip side, with the way the 2012 Scion tC handles and drives. It may look sporty, they say, but does not drive that way, particularly in comparison to competitors such as the MAZDA3 or VW Golf or GTI. Others argue that its handling and ride both are improved.

The 2012 Scion tC, in fact, receives mixed reviews in several categories. Some experts appreciate its straightforward and functional cabin with its easy-to-ready gauges, while others feel it took a step back in the recent redesign and that it comes up short in quality, both in design and materials.

Rear seats can be a bit cramped, but the 2012 Scion tC has a decent 34.5 cubic feet of cargo space with the 60/40 split rear seatbacks down. Some complain about a noisy interior thanks to tires, road and wind.

The 2012 Scion tC comes with an array of airbags, including front knee airbags, antilock brakes, and electronic stability and traction control.

GuruZP5KC The yellow special edition is amazing. I love the look and the driving. This car will last forever.

Users ranked 2012 Scion tC against other cars which they drove/owned. Each ranking was based on 9 categories. Here is the summary of top rankings.

Tire Rubbing Down To Wire

This wire came unplugged in my tC. Can anyone help me and explain what it is and where it should be plugged back in?

Only One Radiator Fan Turning On

I recently bought a 2012 Scion Tc. The other day the red coolant light was blinking. I noticed the ac having a problem with cold air. I was stuck in traffic in 100+ weather. I turned the ac off and...

2012 Scion Tc Manual 6sp, Had Noise When In Neutral And Pressing Clutch, Th...

Car had noise when in neutral and pressing clutch, then releasing. No shifting issues ever, just noise as previously mentioned. Was told it was clutch release bearing, the car has 106k miles so wen...