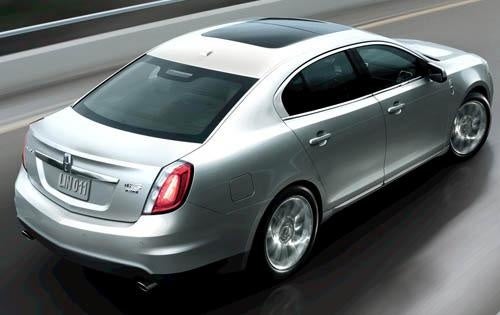 Reviewers find much to like about the smooth and silky 2012 Lincoln MKT and call it a more-than-capable entry in the luxury crossover market. Buyers, though, have not been that enthusiastic about the MKT in recent years, and the problem facing Ford, the parent company, is how to recoup some of the market share that's been slipping away in recent years for Lincoln overall, the MKT included.

Ford, which pulled the plug on Mercury as a brand, has vowed to invest in and reinvigorate Lincoln and has said the MKT in short order will be one of the first of several models getting a major makeover. The target audience: the upscale types interested in having their top-of-the-line rides loaded with all the latest technological advances.

In the meantime, Ford has announced, apparently in an attempt to boost sagging sales, that it will sell the 2012 Lincoln MKT with EcoBoost for $3,000 less than the 2011 version's price, which will keep it a few thousand bucks short of the $50,000 plateau.

The MKT's 3.5-liter EcoBoost V6 engine is designed to both improve fuel economy and reduce emissions with the help of direct gasoline injection and twin turbocharging. The EcoBoost V6 gets 355 horsepower and 350 lb-ft of torque, and uses a 6-speed automatic transmission with paddle activation, and the MKT with EcoBoost comes in all-wheel drive. The combination ends up with mileage numbers of 16 mpg city/23 highway. The base 3.7-liter Duratec pushes 268 hp with 267 lb-ft of torque and has fuel numbers of 17/24.

The 2012 Lincoln MKT seats seven, and travelers ride in comfort that befits a luxury vehicle, though things can get a bit cramped for adults in the third-row seat, and Ford already packs plenty of style and high-tech goodies into the sports utility rig. A fixed glass roof in two pieces offers views to both front and second-row passengers and includes a power sunshade. Other highlights include tri-zone climate control, Sync infotainment with Bluetooth hands-free communications and a single-CD stereo system with 10 speakers.

A rear-view camera comes standard, and an active parking assist system with sensors that first tells the driver whether there’s enough room to parallel park, is available. Options for the second row of seats include heated and cooled leather-trimmed buckets, a heated bench seat or a setup that features a refrigerated console.

While the experts are just about unanimous in praising the 2012 Lincoln MKT's cabin, they check in decidedly mixed on the exterior, and many look forward to changes in that regard. Some, to be sure, appreciate the MKT’s design lines as unique. Others agree the MKT may indeed be different, but point out that they don’t go for what they call an SUV that’s too easily mistaken for a sporty hearse.

Reviewers tend to like the way the 2012 Lincoln MKT drives and cite its power, quickness and agility, as well as a nice driving feel. Lincoln, of course, will strive to keep all of those attributes in its MKT upgrade, while also likely showing off tech-y items such as retractable all-glass roofs, computer-controlled steering and suspensions, and noise reduction technology that stifles road noise and is designed to make a quiet car even more quiet.

The Lincoln MKT traditionally scores well in government and insurance industry crash tests, and Ford packs it with safety features including four-wheel ABS, traction and stability control, a full array of airbags and the MyKey system that allows for the limiting of speed and audio volume. Adaptive collision warning with brake support and a blind-spot warning system are among other available safety features.

Theodore Yes I would

Have you driven a 2012 Lincoln MKT?
Rank This Car

How To Replace Battery In Key Fab