Average user score
3.8 ⁄ 5 stars
Based on 12 reviews
The Car For Me by Reyna66944 — I am a single mom with a 8 year old, and this car works for us. I love th red and so does Ariel, my daughter. The back seat accomdates her to fit, when shes older probably switch to a bigger car perha... Read more
Love My Civic! by angellemarie18 — Honda is always a reliable choice for a car. I have always driven Hondas and always aimed for a Civic. Eco button helps with the mileage, which is about 27 mpg city! Only had for a few weeks but love ... Read more
2012 Honda Civic Lx Coupe by kendrick0200 — I love this car. It's very comfortable and looks sporty. I put an after market audio system in it though because I like to bump. I think it they could have thrown in some more features though. Like so... Read more

Honda's Civic is still one of the most versatile vehicles on the road, and 2012 brings increased refinement, efficiency and power.

The 2012 Honda Civic is drifting away from its roots and becoming softer and larger with age, while still offering a dearth of room in the back seat and a lack of insulation that will make your ears ring.

With this newest release, Honda claims it has “made the best even better,” but that’s difficult to back up. Competitors offer more power, more space, better fuel economy and better interiors and do it all for less money. It seems the 2012 Civic is resting on its laurels, and that can kill a car quick—even one as cemented as the Civic.

The Civic Coupe missed its scheduled redesign a few years back thanks to a lackluster economy, so rather than a ninth-generation Civic for 2010, we see it in 2012. Unfortunately, despite a stiffer chassis, more room inside, better fuel economy and a more powerful engine for the Si, the Civic feels like a 2010 car. Even more unfortunate, its competitors don’t suffer the same shortcoming.

But before we talk about all the high points of the competition, the Civic would like to make its debut. For 2012, the Honda Civic Coupe gets a wider body that provides 3 extra inches of shoulder room, so passengers don’t feel like they’re riding the subway, as well as other exterior massages, and the sport-inspired Si gets a new 2.4-liter engine lifted from the Acura TSX sedan. 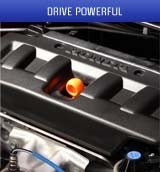 Before we talk about the new power play on the field, let’s take things in order. The base trims get no bump and stay with the 1.8-liter engine that debuted in the Civic in 2006. However, even with no drivetrain changes, the aerodynamic benefits of the new steeply raked windshield mean an increase in fuel economy. Rolling resistance has been combated as well, and as a result the Civic lineup gets a claimed 3-mpg increase across the range. This comes with the 5-speed automatic or 5-speed manual transmission in DX, LX and EX trims, and with the automatic that comes with the EX-L and EX trims equipped with navigation. Again, rivals offer newer, more-efficient 6-speed transmissions, and despite the increase in economy this won’t go unnoticed for potential Civic customers. They’re a smart bunch.

The sport-inspired Si suffers from no such shortcomings, with its new 2.4-liter engine mated to a 6-speed manual transmission. It offers a substantial power upgrade from 2011’s 2.0-liter lump in the form of 4 extra horsepower and 31 extra lb-ft of torque, which makes a huge difference in the daily drivability of the Si. Even with its stiffer suspension and louder engine and exhaust notes, it’s the best offering for daily use, as the extra torque means the engine doesn’t have to be wound up quite so high before getting the motivation to leave the line.

Because of the increase in chassis stiffness, insulation and especially overall size, the Civic just feels heftier. This despite a drop in weight that ranges from 20 to 60 pounds across the range. Sadly, you won’t notice. A slower ratio and stiffer structure for the steering column further the numbness we already felt, and changes to the front strut/multi-link rear suspensions yield more travel and decreased rigidity for even more loss of feel and agility. So much for those of us who like to turn.

While the Civic may have grown this year, the Coupe still deals with its inherent limitation. It offers 3 inches less headroom than its sedan siblings and a knee-busting 5 inches less legroom in the rear. As such, the rear seats are still best left to small children and luggage. The extra space is definitely welcome up front, however, helped by a windshield that shows up with that aforementioned more rakish angle. Thinner A pillars help visibility and also contribute to the feel of a more spacious interior, even if they don’t actually add any extra space. The same can be said about larger windows, which open up the cabin a bit. However, the windshield’s angle necessitates a large expanse of dash, frustratingly composed of great swaths of hard plastic. It does little to help perceived quality and negates much of the interior improvements the Civic has received.

Another of this year's improvements is a 5-inch display mounted in the center of the dashboard in all but the DX trim, hosting readouts for Honda’s Intelligent Multi-Information Display (i-MID) and controlled by 14 buttons crammed onto the tilt-and-telescoping steering wheel. That’s right: 14. Add navigation and things get more confusing still, although the two-tier cluster does work well once you’ve adjusted.

While the interior improvements are welcome, they still fall short of the strides competitors like the Focus and Elantra have made, neither of which feature the hard plastics the Civic still offers. Additionally, the lack of sound insulation the compact class is known for doesn’t seem to have been addressed in this latest-generation Civic—despite Honda’s claims—and the Coupe is even worse than the sedan in that regard.

The 2012 Civic Coupe gets dual front, front-side and curtain-side airbags, traction and stability control, daytime running lights and antilock front brakes with assist. The EX bumps up the braking with 4-wheel antilock discs, and the Si additionally gets larger, 11.8-inch front brakes as opposed to the 10.3-inch units on other trims. They’re good for 11 fewer feet in 60-0 stopping distance—a nice upgrade from the 131 feet it takes to stop non-Si trims. In fact, DX and LX trims even drop the rear disc for a drum setup, exacerbating the situation further.

The 2012 Civic Coupe also experienced some recalls to address fire-inducing fuel leaks as well as separating drive shafts, but these issues should be taken care of by now. As such, the Insurance Institute for Highway Safety (IIHS) awards the Civic Coupe its highest rating of Good in all tests, and the National Highway Traffic Safety Administration (NHTSA) rates the Civic Coupe at 4 stars in all tests other than front and side impacts for the driver, which garnered 5-star ratings, and side barrier ratings for the driver, which got 3 stars.

Owners are split, as the Civic Coupe moves further away from its origins while getting more comfortable, more powerful and more efficient. Many lament the loss of legs that’s come with electric steering and suspension sacrifices, but numbers don’t lie: The Civic is still one of the best-selling cars on the market. Complaints about lack of steering feel and not enough insulation abound, and you’ll still hear the usual boy-racer complaints about the Si not being aggressive enough.

What's your take on the 2012 Honda Civic Coupe?

boobookittyf I LOVE my Honda Civic, I have it in white with the cloth interior. It is super comfy, has lots of room in the front seats, my back seat sits two perfect (i haven't tried three yet), the hands free calling is awesome, it has amazing factory stock bass, I love that I can play my music over bluetooth no aux cord to restrict your movement, GREAT gas milage (it cost $47 to fill up from 2 miles left with gas as $3.57 per gal) I love to drive it and keep my music up, the sun roof is just the icing on the cake. I would TOTALLY, ALWAYS, recommend it. Sincerely the 17 year old in love with her birthday present.

Users ranked 2012 Honda Civic Coupe against other cars which they drove/owned. Each ranking was based on 9 categories. Here is the summary of top rankings.

Have you driven a 2012 Honda Civic Coupe?
Rank This Car

I have a 2012 Honda Civic EX coupe. The car did not come equipped with gas support struts for the trunk lid so it doesn't stay up when opened. Has anybody ever had this model and retrofitted the car w...

My check Emissions System light came on when I started my car today. Gas cap is on tight. What causes this? Had code pulled and said possibly needs new thermostat but not over heating. Does th...

Car Moves Forward Before I Put My Foot On Gas

I am stopped at a traffic light and if I move my foot off the brake, the car moves forward relatively fast. How can this happen before I put on the gas?

Are There Car Warranties For Vehicles With A Salvage Title ?

Purchased a used 2012 Honda Civic which has a salvage title for damage to the driverside door. Door was replaced. The engine, drive train and interior are imacultate. I'm wondering if it is possible...