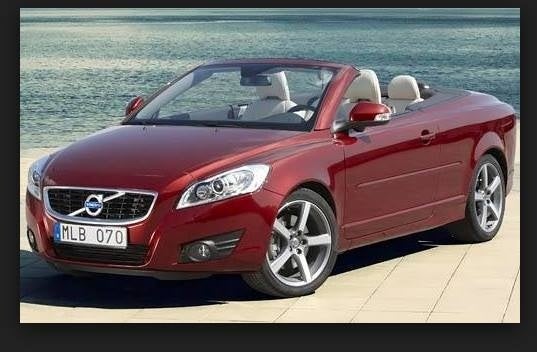 There’s a very good reason Volvo is continually tagged with the “boring” label. I could easily start an in-depth discussion about branding and consumer perception (speaking of boring), but the truth is, that kind of evidence just isn’t needed. Recognizing boring is very much like the Supreme Court’s now outdated definition of obscenity: “I know it when I see it.”

Sadly, it looks like Volvo doesn’t. Despite the C70 routinely losing out to rivals in comparison tests of engine performance, handling, and quality, Volvo has decided to forge ahead in 2011 with the two-door hard-top convertible and address literally none of these issues. They will, however, redesign the nose and tail, pay some attention to the interior, add a new color option, and delete that pesky manual transmission option, just in case someone was actually enjoying driving their Volvo.

Up front, the nose gets a revamp from fascia to fenders, with upsized headlights and a redesigned grille. The rear gets a similar treatment, with new oval LED taillights that Volvo claims are inspired by the XC60. Inside, leather seats now come with a more supple grain and are standard. The instrument panel has been reworked as well, but LCD displays wash out frequently – something you want to avoid in a convertible. The navigation system has been a point of contention amongst testers for programming difficulty, but as the controls are obstructed by the steering wheel, you may never experience it.

I know, your head is spinning. Don’t worry, things are nice and predictable from here on out. It still has the same power-retractable three-piece hardtop and symbolic rear seating. The same laggy, 2.5-liter turbocharged inline five-cylinder engine can be found under the hood, now attached only to a five-speed automatic. The combo delivers 227 hp that don’t start showing up to the party until after 3,000 rpm, and fully arrive 2,000 later. At least its 236 lb-ft of torque manage to show up at 1,500 rpm, but those are still not enough to combat the turbo lag. This could almost be forgivable if the C70 didn’t provide an unimpressive 19/28 mpg rating, too.

And I hope you’re not looking to the ride itself to make up the difference, because in the C70 it's vague at best. It’s not sporty, it’s not comfortable. Like Volvo itself, it’s just there. That is, unless you choose the 18-inch wheel option, which was seemingly designed to increase the harshness of the ride without the pesky side-effect of improved handling.

Am I being too hard on the Swedish manufacturer? I suppose that depends on how much you’re willing to forgive. The shortcomings of the C70 are no well-guarded secret, and its competitors routinely put out cars that best the C70 for the same amount of money. Sometimes less money. Sure it’s safe, but is it any safer than a BMW 328 or its Swedish brother the Saab 9-3? For my money, I’d prefer a car that does something well.

Is There A Way To Unseize An Engine?

Our C70's engine seized up with no warning at all, the engine oil was low but our mechanic said it still had enough oil to operate properly, we did not get any engine or oil lights on dashboard. Mecha...

It did not cost me anything to list my used vehicle on CarGurus. Do I pay a fee when it sales? If so, how much is it? Sorry, I couldn't find this info anywhere on the website. Please direct me.

How To Fix Interior Hood Panel On C70 Hardtop Covertible.

Today, my hardtop interior hood panel is sagging. I was looking to see why it dropped down, it appears it was glued in a couple of place.