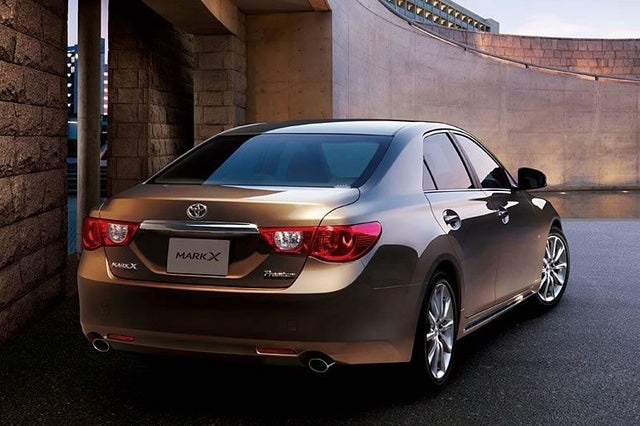 Average user score
4 ⁄ 5 stars
Based on 1 review
Good Product by Annie — Engine way more powerful than the earlier model. Seat covering not meant for family. It get dirty easily. Fuel economy sensibly same as the 2005 model even with bigger engine. Don't like the sound ... Read more

Lackluster mileage from the larger four-banger, as well as low-rent cabin materials, some elbow-room issues for taller people, tepid power with the base engine, and lots of wind and road noise keep the 2011 Matrix on the low end of the compact wagon spectrum.

It doesn’t have much élan off the line, nor is it in any way posh, but the 2011 Matrix wagon does tote more cargo than its Corolla sedan cousins. Underpowered in the Base version and with underwhelming fuel efficiency numbers in the upper-level trim, this inexpensive compact will have to fight for every inch of market share. Sure, kick the Matrix’s tires, but check out some of its competitors, too.

Essentially a Corolla with a bigger trunk, the 2011 Toyota Matrix wagon shares the bland styling and performance of its sedan sibling. Though not quite as well known, nor with the same impressive sales record as its cargo-challenged brethren, the Matrix does manage to fill a niche in the family-oriented compact-wagon market. Unfortunately, it doesn’t fill that niche quite as well as several of its competitors. Described as “quirky” in more than a few reviews, the Matrix offers a few upgrades for 2011, including slightly more attractive wheels, as well as standard cruise control, power accessories, rear ventilation ducts and heated outside mirrors. Alas, the sport-dedicated XRS trim is no more, a fact lamented by more than a few professional reviewers, not to mention potential owners.

Cargo area for the surviving trims, the Base and the upper-level S, remains at 19.8 cubic feet behind the second row and 48.9 cubic feet with the rear seats folded – more with the flat-folding front passenger seat that’s standard in the S trim. Engine choices again include two inline 4-cylinder (I4) powerplants, one sluggish but fuel-efficient, the other sprightly but able to pass fewer gas pumps. Though delivered in standard front-wheel drive (FWD), the S trim is also available in a full-time all-wheel-drive (AWD) configuration, while both trims are offered with either a standard manual transmission or available 5-speed shiftable automatic.

Competition in the wagon segment is hot and heavy, with the Matrix stuck somewhere in the middle, at least according to a number of reviews. The Volkswagen SportWagen tops the list of rivals, with the suave Mazda3, the forward-looking Nissan Juke, the elegant Hyundai Elantra Touring, and the upstart Honda Fit all seeking a share of the wagon/hatchback pie. Each of the above compares favorably with the Matrix’s $18,800 base price, and most reflect their worth far better than Toyota’s somewhat outclassed entry.

Efficiency and alacrity are present in the 2011 Matrix lineup, just not at the same time. The Base trim carries a standard 1.8-liter variable-valve-timed (VVT) I4 that combines with the standard 5-speed manual transmission for 132 hp at 6,000 rpm and 128 lb-ft of torque at 4,200 rpm. A 4-speed automatic is also available for the Base trim, with mileage estimated at 26/32 mpg with the stick shift and 25/31 with the automatic.

Standard in the S trim is a 2.4-liter VVT I4 puts out 158 hp at 6,000 rpm and 162 lb-ft of torque at 4,000 rpm. The 5-speed manual transmission is standard with FWD S trims, with a 5-speed shiftable automatic optional. The available S AWD trim is delivered only with the 4-speed automatic, along with a center-mounted mechanical, limited-slip differential. Expect 21/28 with the manual transmission, 21/29 with the 5-speed shiftable automatic and 20/26 with the AWD-laden 4-speed automatic.

While the Base's 1.8-liter four-banger is panned by most reviewers as barely capable of keeping up on the highway, a test of a 2010 Pontiac Vibe equipped with the identical 2.4-liter I4 as the Matrix S trim level resulted in a 0-60 time of 8.9 seconds. This value-challenged wagon won’t win many friends off the line, and even the S trim’s larger I4 presents a few challenges when passing and merging, according to most reviews. At least one review additionally notes that a quirky throttle response from a stop in the S trims can make acceleration a bit jerkier than need be. A final detail, noticed by nearly all reviewers, is a distinct raucousness found in both engines on acceleration. The S trim’s 2.4-liter four-banger, however, does quiet significantly on the highway.

The 16-inch steel wheels common to both 2011 Matrix trims are complemented by a front independent suspension featuring MacPherson front struts, as well as front and rear stabilizer bars and a torsion beam rear suspension. Though never known for cornering the market on driving panache, this oversized Corolla seems to invite some divided opinion among reviewers, with many noting that bumps are never far from a reality and others surprised by its refined ride.

Agility-wise, virtually all reviewers agree that the Matrix exhibits a bit too much overfriendliness in its steering, with the standard FWD S trims especially prone to noseplow and excessive body lean in tight corners. The AWD S trim, as noted by numerous reviewers, offers that extra grip that makes for a somewhat more confidence-inspiring drive, though all reviewers agree that this compact wagon’s tall stance makes it prone to an inordinate amount of buffeting in high winds. The Sport-Package-equipped S trim is also described by a few reviewers as a tad better behaved on the back roads, while both trims, with their compact size, are lauded by reviewers as a hoot to drive around town.

Bringing this relatively lightweight wagon to a stop is, according to most reviewers, a straightforward task, with well-matched brakes offering true stops in all conditions and no discernable pedal anomalies.

As for options, the Base trim is eligible for the Matrix Sport Package, with integrated front fog/driving lights and front and rear underbody spoilers. Front and rear carpeted floormats are also optional for the lower trim level. The S trim, as befits its elevated status, can be delivered with the available S Sport Package, which includes 17-inch, five-spoke alloy wheels and an integrated, color-keyed rear spoiler. Also available for the flagship trim level is the Premium Package, with a power tilt-and-slide moonroof, XM satellite radio, Bluetooth music streaming and hands-free communications, and a USB connection.

Most reviewers find the Matrix cabin to be distinctly low-rent, with lots of budget plastic and few padded surfaces. Other cabin accoutrements are described by a number of reviewers as a bit on the flimsy side, with even the doors sounding tinny and unsubstantial. On the positive side, gauges are found by the majority of reviewers to be well-lit, though inscrutable markings can be a bit distracting. Climate controls are noted to be large, convenient, and well marked, but the audio display does tend to wash out in bright sunlight. Tire thrum and wind rush are described by many reviewers as disturbingly noticeable. All in all, reviewers find the Matrix cabin to be noisy and under-endowed both aesthetically and functionally, but certainly in line with its budget price.

Now standard among the 2011 Matrix’s safety features is Toyota’s reactionary Smart Stop Technology. The Smart Stop system, a direct result of the gas-pedal malfunctions that nearly brought Toyota to its knees in 2010, automatically slows engine revs when the accelerator and brake pedals are simultaneously pressed, resulting in more driver control during emergency stopping situations. Complementing this system are 4-wheel antilock brakes (ABS) with emergency braking assist and electronic brakeforce distribution, as well as standard traction and stability control. Occupant safety equipment, meanwhile, includes dual front side-mounted airbags, front and rear head airbags, and front head-restraint whiplash protection. Additional standard safety items include daytime running lights for both trims and, on the Matrix S, standard front fog/driving lights that are optional with the Base.

The National Highway Traffic Safety Administration (NHTSA) gives the 2011 Matrix lineup four stars, its second highest award, for rollover safety. Awards for the essentially identical 2010 Matrix include five stars in front and side driver and front passenger impact testing, and four stars in passenger side impact tests. Meantime, the Insurance Institute for Highway Safety (IIHS) gives the 2011 Matrix their best score of “good” in front and side impact testing, while no roof-strength tests were performed.

Poor rearward visibility, underpowered and noisy engines, and some less-than-desirable handling characteristics have soured more than a few owners and tire-kickers on the 2011 Matrix. Low-budget cabin materials, meanwhile, including an overabundance of plastic, are acceptable to many owners only because it’s understood that they’re getting a pretty good deal, price-wise. Acceptable mileage figures, on the other hand, especially with the smaller I4, have endeared themselves to most owners, as have an improved (but still far from perfect) ride and the above-average number of new standard features. Tolerably comfortable seats, a somewhat off-beat look, and city-friendly driving dynamics all add up to a positive experience in the minds of most Matrix owners, with the word “value” being used liberally.

Users ranked 2011 Toyota Matrix against other cars which they drove/owned. Each ranking was based on 9 categories. Here is the summary of top rankings.

Have you driven a 2011 Toyota Matrix?
Rank This Car

Toyota Matrix Go To Start It It Will Turn Off And Start But Just For A Half...