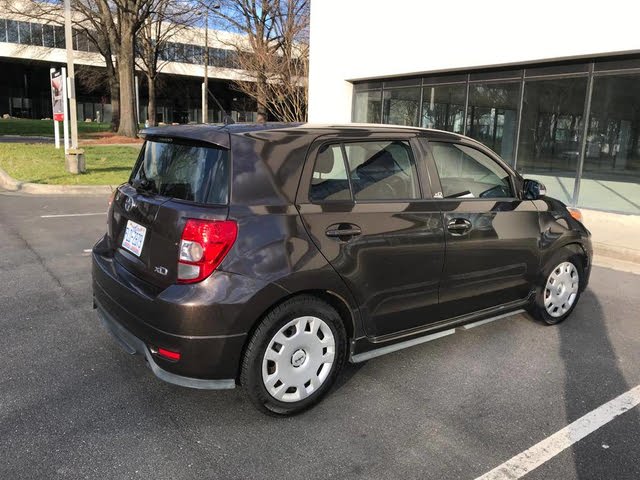 The xD has managed to sneak past us unnoticed for the most part, like a thief who steals pie cooling on the windowsill in the evening. It’s undeserved, especially after winning accolades like Consumer Reports’ “Most Reliable New Automobile – 2009” thanks to a service record that showed 83% fewer average problems. It’s truly a lot of car for its $16,000 pricetag, even as a five-door subcompact hatch, and like all Scion vehicles it comes well equipped in a single trim with a generous options list that allows you to add navigation, upgraded Alpine stereo, 18-inch alloys and even a rear spoiler.

But don’t let those last two add-ons fool you - the xD is not about performance. With a 128-hp, 1.8-liter engine as its sole powertrain, the xD isn’t going to pin anyone to the back of the driver's seat, but with dual variable valve timing it’s a competent engine that seems to struggle only on steep hill climbs. Its 125 lb-ft of torque are available from 4,400 rpm, ready to tide you over until the engine reaches its 6,000-rpm peak horsepower. Two transmissions are available, a five-speed manual and a four-speed automatic, both providing smooth transitions between gears with the manual offering a bit of extra fun from its easy clutch and slick shift pattern. Choose either one and you’ll be rewarded with a very forgiving 27/33 mpg rating.

A soft suspension in this front-wheel-drive city roamer hampers aggressive driving, which brings out considerable lean and roll. Optional 18-inch alloys only make things worse, offering additional grip without increased spring rate or damping. Hopefully Scion will offer a better suspension for the xD in the future, as the standard traction and stability control could allow for some fun city zipping.

And really, that’s what the xD was designed to be – a fun, reliable car for city driving. Nothing flashy or fancy, but nothing overtly cheap either. This explains much of the xD’s interior, because while the assembly is quality, the materials could be better. Hard plastics dominate but still manage to express a bit of style that separates it from econoboxes of old, thanks to textures and complementing tints that provide visual and tactile contrast. A large speedo-and-tach combo sits directly in front of the driver, offering no confusion when looking for the most important information for a driver.

Seats could use some work, lacking height adjustment up front and substantial padding all around. Larger drivers will find issue front or back, despite the inclusion of 5 inches of fore and aft travel for back seats. Leg and headroom will be in short supply for taller drivers, and the lack of proper cushioning will make anything other than short trips tiring. The optional 6-speaker Alpine stereo is a big upgrade, especially for Scion’s target demographics, and can be equipped with a navigation system, touchscreen with iPod interface, Bluetooth and even connections for a rear camera. Remote engine start is another available option, not usually a choice in a subcompact.

The xD has never been a performance pioneer, preferring to drive a few miles in reliable style rather than rip up a country road. With that goal in mind, the xD manages to hit all desired targets. There is room for improvement, however, as some suspension tuning and seating upgrades would certainly make for giant improvements in the overall experience. Still, it’s best to remember you get what you pay for, and you’re not paying much for the Scion xD.