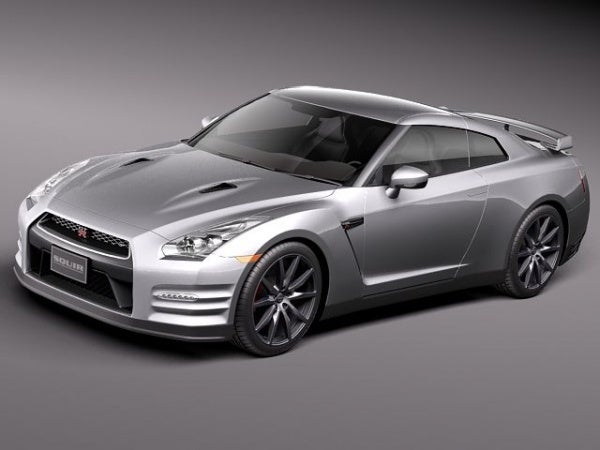 Ever since its debut two years ago as the first of Nissan’s legendary Skyline range to be officially sold stateside, the GT-R sports coupe has wowed critics and delighted owners with supercar levels of performance. Now that Nissan has ironed out some of the car’s initial issues, the 2011 GT-R might just offer the most bang for your buck available in the market today.

For 2011 the model, officially the Nissan GT-R Premium, receives modest tweaks to its suspension and options packages. These changes, on top of last year’s significant transmission revisions (aimed at improving the strength and drivability of the sophisticated gearbox) make the 2011 GT-R the best iteration yet. The Nissan dealer network, too, is adapting to the challenges posed by loosing 485-hp, all-wheel-drive supercars on a demanding demographic; reports are that the ownership experience is now more in line with the GT-R’s $84,060 asking price.

Clearly the sophistication of the GT-R’s drivetrain is what has distinguished it as Japan’s first true modern supercar. Its special all-aluminum V6 breathes through twin turbochargers and is hand-built by one master technician, in the manner of good European exotica. This 3.8-liter wonder churns out an astounding 523 hp at 6,400 rpm and makes 451 lb-ft of torque on a curve stretching upward from 3,200 rpm. Engine response is nearly instantaneous, and the computer-controlled turbos pour on the power with little discernible lag.

Power is routed through a dual-clutch, six-speed electronic gearbox, mounted out back in a true transaxle layout for better weight distribution. Dealing with nearly 500 hp is no easy task, and the transmission package suffered from some highly publicized teething problems early in the production run, mainly in the hands of enthusiastic owners who were trying to extract the lowest possible acceleration times. Modified last year with revised software, the GT-R is now more protective of its expensive transaxle, but still leaps to 60 mph in an unbelievable 3.3 seconds on its way to a sub-12-second quarter mile. These are seriously quick numbers, on par with much more expensive machinery from Porsche, Audi, and Ferrari.

Part of the credit for the GT-R’s fearsome acceleration belongs to its cutting-edge ATESSA E-TS all-wheel-drive system (a formidable acronym, even in a car whose spec sheet lists more abbreviations than an Air Force flight manual). Under the car, two lightweight driveshafts transmit power from the engine rearward to the gearbox and then forward again to provide traction to the front wheels. This unusual arrangement is managed, like everything else in the GT-R, by an advanced computer program and results in nearly perfect traction under any conditions.

Yet the GT-R wasn’t designed with stoplight drag racing in mind. All the car’s high-tech driveline hardware is aimed at making an almost 4,000 pound vehicle dance like a ballerina. Through careful placement of mass, adjustable shocks, and the ever-present guiding hand of electronics, Nissan has endowed the GT-R with handling abilities so precise, so unflappably competent that they conspire to fool the senses. The GT-R tackles twisty, bumpy pavement with poise and grace at shocking speeds. The organic, quick steering allows for immediate turn-in; just heave the wheel over, and the car does the rest. This is the type of car even your mom could hustle around a racetrack.

But it’s also the type of car you could take your mother to church in. The beauty of the GT-R is that it acquits itself so well in daily driving. While the ride is a tad harsh (a trait partially attributable to its 20-inch wheels) the GT-R is otherwise completely at peace with city traffic. The interior is comfortable and features a mature, upright driving position for easy egress. While the rear seats are tighter than they should be in such a large car, the front buckets' slick Alcantara upholstery and aggressive bolstering put Corvette and even Porsche chairs to shame. A ludicrously complex driver information system, long a fixture in Japan-spec Skylines, incorporates not only GPS navigation and audio control, but real-time performance information that can be displayed in a dizzying array of computerized graphs.

The lone complaint about the GT-R is that it accomplishes its high-performance mission with so little drama that it ultimately leaves you wanting more visceral excitement. On the open road there is perhaps no car that will cover ground in comfort as quickly as the GT-R, but there are several that will make your spine tingle more. Even Chevy’s Corvette, crude by comparison with rental-car seats and twitchy handling, possesses an innate personality, an identity born of 50 years of history and tradition. In the case of the ‘Vette we overlook its (sometimes glaring) faults because its old-school muscle-car nature appeals to our baser instincts. But courtesy of the leading-edge technology that makes it nearly perfect, the GT-R winds up feeling just a little bit cold and disconnected, almost as if the driver is telling the computer what to tell the car to do.

Yet at just 84 grand such notions are minor quibbles. While that considerable sum may seem like a lot to pay for "just a car," the Nissan GT-R represents perhaps the best performance bargain of all time. The closest likely competition is a Porsche 911 Turbo that lists for over $130k before (invariably expensive) options. Ferrari’s lusty California, which has a convertible top but no AWD, costs nearly twice that. The new Lexus LF-A hyper car will soon debut with a $375k price tag, a sum that would buy you nearly five GT-Rs, yet no discernible increase in objective performance. For those seeking maximum performance and capability at a (comparatively) reasonable price, the GT-R has no equal.