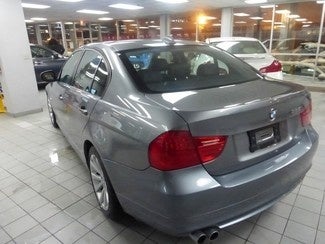 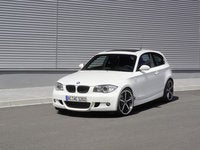 Ambitious pricing and limited practicality mean the 2011 1 Series is a tough purchase to rationalize for all but the most demanding car enthusiasts.

The pint-size 1 Series represents a return to the uncompromising driver's car that built BMW's reputation. As such it goes, turns and stops better than nearly anything in the German automaker's increasingly broad lineup. Yet the demands of producing such a pure, focused automobile mean that BMW hasn't been able to endow the 1 Series with much space or utility.

The 2011 1 Series is available in the U.S. as either a two-door coupe or a soft-top convertible. Two different inline six-cylinder engines are offered, both driving the rear wheels. Positioned below the bread-and-butter 3 Series, the 1 Series’ compact dimensions make it a ball to throw into corners as well as easy to park. Yet the 1 Series suffers from a decided lack of interior space, and its rather dear pricetag places it close to a much more versatile 3 Series sedan.

Two trim levels are available for the 1 Series. The 128i coupe and convertible feature a non-turbo inline six-cylinder motor and get full leather upholstery as a no-charge option. The 128i convertible gets a lined, power-operated soft top with electric heated rear window. Stepping up to the 135i coupe nets buyers a very powerful turbocharged engine and a host of extra features, while the 135i convertible represents the top trim in the range.

Though its small size doesn't allow some of the design details to fully develop, the 2011 1 Series still displays a stylish profile. With a long hood and short deck, the 1 Series possesses excellent proportions, and its low, wide stance clearly conveys the car's sporting intentions. As one would expect of a BMW (particularly one that costs this much) the build quality and panel fit are excellent. 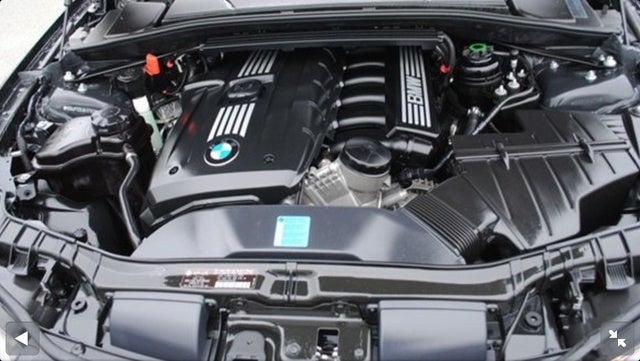 For 2011 BMW offers two engine options for the 1 Series. The 128i coupe and convertible feature a naturally aspirated inline six-cylinder engine that produces 230 hp and 200 lb-ft of torque. This 3.0-liter motor features BMW's trademark smoothness and revs quickly to its 6,500-rpm power peak. The step-up 135i gets a turbocharged version of this engine that also displaces 3.0 liters. For 2011 BMW has revised the forced-induction setup by replacing last year's twin turbochargers with a larger single turbo. Though specific output is unchanged at 300 hp and 300 lb-ft of torque, the new turbo six offers quicker throttle response and better fuel efficiency.

At 3,200 pounds the 1 Series is rather heavy for such a small car, but the torquey engines easily overcome the car's mass to provide swift acceleration. Non-turbo 128is charge from 0-60 in just 6.1 seconds, while boosted 135i models shave a full second off that time, throwing passengers back into their seats on their way to a 149-mph top speed.

Both 1 Series trims come standard with a six-speed manual gearbox. Featuring BMW’s signature smooth engagement and Swiss-watch precision, the stick shift makes extracting the 1 Series’ considerable performance a joy. Non-turbo 128i models offer a conventional six-speed automatic transmission as an option. New for 2011 is a dual-clutch electro-mechanical gearbox, offered only in the 135i. The sophisticated transmission uses two electronic clutches that allow the driver to shift through seven speeds with steering-wheel-mounted paddles. While the newfangled seven-speed gearbox is quite competent (and actually delivers better acceleration numbers), it cannot match the sublime pleasure of matching revs on a traditional manual.

Under the skin the 2011 1 Series’ four-wheel independent suspension uses the familiar BMW layout. The MacPherson strut-type front and multi-link rear arrangement is tuned for sporty handling. With its tidy dimensions and perfect 50/50 weight distribution, the 1 Series is among the best-handling cars available at any price. While it may not possess the ultimate grip of dedicated sports cars like the Corvette, the 1 Series attacks corners with terrier-like enthusiasm.

Like most BMWs the 1 Series translates driver input to the road with almost supernatural efficacy. Likewise, feedback is subtly transmitted back to the driver through the sharp, speed-sensitive steering and supple suspension. Both 1 Series trims get standard 17-inch alloys, with 18-inch wheels optional for the 135i. Though the ride is firm, particularly with the larger wheels, it never feels unduly harsh. Braking is excellent, owing to large vented discs at all four wheels with ABS control. 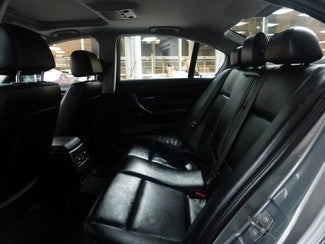 As a performance machine the little 1 Series gives up nothing to larger, more established cars. Yet as a daily driver it stumbles noticeably. While the Europe-only hatchback possesses a modicum of utility, the coupe and convertible we get here in the U.S. are simply too small and lack versatility. Though the front seats possess good legroom and are firmly bolstered, the narrow cabin limits elbow room and generally feels cramped. Rear-seat space is negligible; even small adults will become close friends with the headliner and front seat back. Access to the back seats is limited by short doors and a lack of front-seat travel. Cargo space is also woefully inadequate, particularly in the convertible. While its tidy dimensions make parking a snap, the 1 Series is not an effective urban errand runner.

In addition to being quite cramped, the 2011 1 Series’ interior is a bit of a letdown in terms of style. The hard black plastics and dour design can’t match the high standard set by competitors like the Audi A3 and Lexus IS. Although ergonomics are quite good (due in large part to the deletion of the infernal iDrive system), the cheap finishes simply don’t belong in such an expensive car. The no-cost leather upholstery scores some points, as does the newly standard iPod integration, but the nickel-and-dime options list means you’ll pay extra for items like power heated seats, an alarm system, and parking sensors.

The 2011 1 Series' excellent handling, strong brakes and standard electronic stability control should help it avoid accidents. Though it hasn't been tested either by the NHTSA or the IIHS, the equally impressive list of passive safety features, including front, side and curtain airbags, should help protect occupants in an accident. BMW's nifty active brake lights emit a brighter light when more pedal force is applied, better alerting drivers behind you to your intentions.

BMW 1 Series owners are an enthusiastic lot who seem to know what they're buying. Comments generally praise the car's sparkling performance and tend to gloss over its practical shortcomings. The powerful punch of the turbo engine put a smile on many an owner's face, and the strong brakes are universally lauded. Reviewers are thrilled with the 1 Series' tossable, confident handling and also impressed with BMW's free maintenance program that covers all scheduled service (save for brakes and tires) for 4 years or 50,000 miles. Complaints were few, but mainly centered around the car's lack of interior space and high price.

Capital One Financing With Car Gurus

How can I pay a private seller or a non participating dealer with the Capitol one pre-approval I was approved for?

When Should I Change Or Flush The Transmission Fluid In A 128i With Automat...

What Kind Of Performance Booster Kits Best Works For A Bmw

I own a 2011 bmw 128i and would like to make it faster, I just want to know if a turbo charger or supercharger best fits and what else I should do to it to work if possible at all.

I Have Bmw 2011 1 Series Replaced A Window Switch Because The Old One Would...