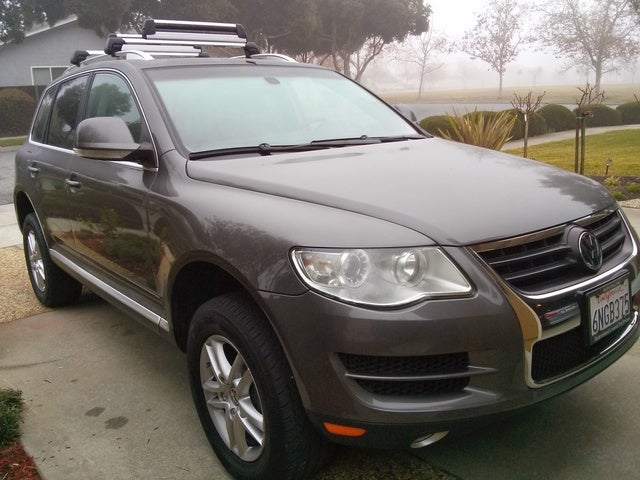 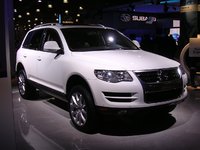 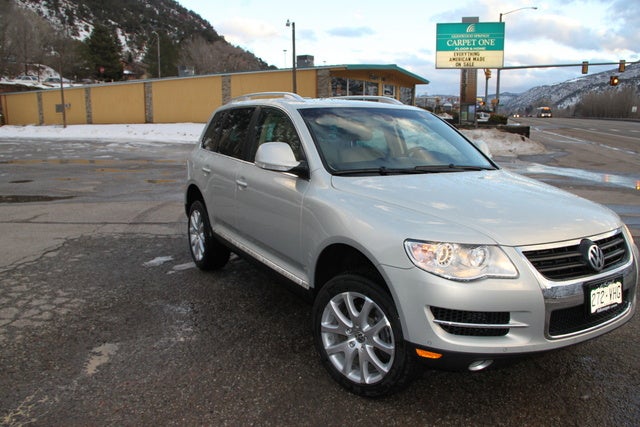 Let’s deal with the most perplexing questions of the day right up front: The word for Volkswagen’s classy-looking and off-road-loving rig appears to be best pronounced along the lines of “tour egg.”

And if you must spell it? No good tricks on that. The best we can do is to suggest going with what Touareg fans prefer and abbreviating it to “Treg.”

No matter how you say, or spell, it, the bottom line is clear. The Touareg continues to be another of Volkswagen’s popular models, especially when it comes to getting off the road and going most anywhere in most any conditions.

The Touaregs have six-speed automatic transmissions and permanent four-wheel drive with a low-range gear. The V6 is rated at 14/20 mpg, which has been one of the raps against it. The TDI pushes mileage up to 18/25.

Otherwise, the two versions are much the same. They come with 17-inch wheels, though 18- and 19-inchers are optional, and each, VW says, is rated to tow a hefty 7,700 pounds. A power sunroof, trip computer, and heated front seats are standard. The Touareg stacks up well in safety tests.

“Tregs” have no third-row seat option and are true five-seaters that aren't overly roomy, which is why some reviewers like them better for off-roading than for getting the family around on the highway. Still, most appreciate their handling, comfort, and ride on pavement at high speeds as well as in mud and muck and rocks.

The Touareg has traditionally rated only so-so in reliability, but loyal owners have been coming to its defense and note that those issues seem to be mostly in the past. All in all, no matter how you say it - or spell it - the “Treg” is well worth a look.

What's your take on the 2010 Volkswagen Touareg 2?

Have you driven a 2010 Volkswagen Touareg 2?
Rank This Car