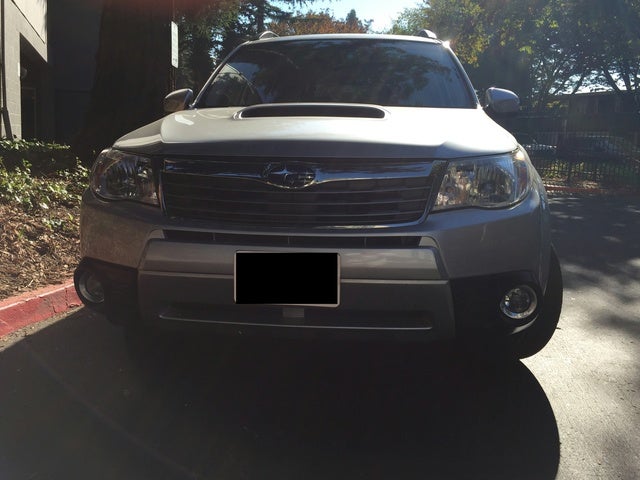 Cabin materials that simply don’t belong at this price point and the lack of a sporty five-speed option for turbo trims leave 2010 Forester owners shaking their heads.

The shortcomings of Subaru's Forester are strong enough to warrant pause, especially when what may be its biggest issue - the shoddy interior construction and materials - is also the issue that will sit right in front of your face. Sadly, the Forester sold quite well in 2009, something that tends to kill motivation for improvement in a manufacturer. The 2010 Forester is still a good deal, however, but perhaps it's best to wait a year and see if Subaru listens to its owners as it has so well in the past.

Even though Subaru waited until the Forester’s third generation to refer to it as such, the Forester was one of the first true crossover vehicles on the market, utilizing AWD and a unibody design. Based on the Impreza, the Forester has been available in the U.S. since 1998 and offers truck-like ground clearance and cargo space with the ride and efficiency of a car.

The 2010 Forester is available in five trims with an option of natural aspiration or forced induction for its 2.5-liter four-cylinder engine. Following a redesign in 2009, the 2010 is essentially a carryover model. 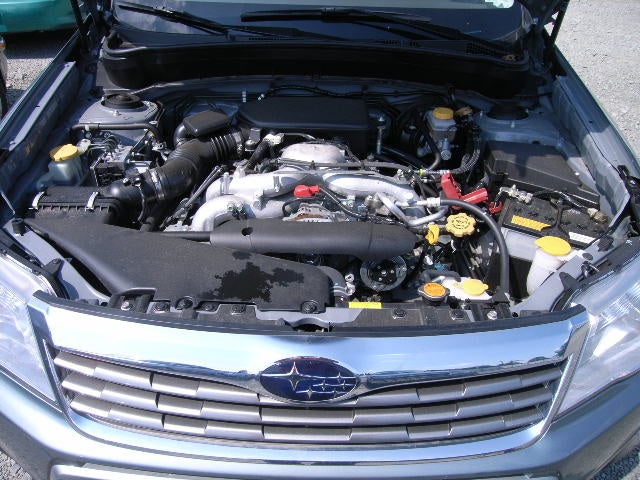 While all Foresters are powered by a 2.5-liter, horizontally opposed four-cylinder engine, the five trims are split between natural aspiration and turbocharging. The 2.5 X, 2.5 X Premium, and 2.5 X Limited trims all get the naturally aspirated 2.5, producing 170 hp, while the 2.5 XT Premium and 2.5 XT Limited get a forced-induction version good for 224 hp. 2.5 X trims come with a standard five-speed manual transmission, with the option of a four-speed automatic, which is the only transmission offered in 2.5 XT trims.

Non-turbo versions are compliant if not energetic, but lack confidence-inspiring power, especially with the automatic. The five-speed adds a bit of punch, but its omission from turbo-charged configurations leaves much consternation among consumers. The horizontally opposed engine of the Forester has a unique sound that many may not be used to, and while not intrusively loud, it’s a distinct enough sound that some buyers find difficulty letting it fade into white noise. Naturally aspirated trims have earned EPA estimates of 20/26 mpg regardless of transmission, while turbos get 19/24, although they also require premium-grade gasoline.

All-wheel drive is obviously the main factor here, although sporty steering and a suspension that handles lean and roll effectively should not be overlooked. Given its unibody design and independent suspension, the Forester provides a car-like ride, but even with 2008’s 3.5-inch increase in wheelbase length, the Forester can still act skittishly over larger imperfections in the road, which also have the annoying habit of showing off the many rattles that seem to have become a feature of Subarus of late. Listen for tire noise, especially over rough road.

Easily the weak point of the Forester, shoddy cabin materials and uncomfortable, too-low seats make up the bulk of owner complaints. Cheap, hard plastics dominate the cabin and look out of place, and while the seats provide plenty of space and support even for taller drivers, they are simply too low and too rigid to be called anything more than functional.

This is doubly disappointing, given the controls and gauges of the Forester, which have been almost universally described as intuitive and well-placed. One owner did mention difficulty reading some displays when wearing polarized glasses on a bright day, however.

A premium package will add heated front seats and mirrors, as well as a deicer for the wiper, and a navigation system is also optional, coming with Bluetooth. Sadly, adding the nav system deletes the 6-CD changer for a single-CD unit. An interesting available option is a short-throw shifter for the five-speed, unusual for a compact crossover.

Safety features show up in force with dual front, front-side, and curtain-side airbags, the last of which come with rollover deployment. Front-seat active head restraints add further protection during an accident, while antilock, four-wheel disc brakes with brake assist and an anti-skid system and running lights will hopefully prevent one from even occurring.

While the Forester seems to have found a strong niche to fill, 2009 being an impressive year for sales, there are many complaints owners feel need addressing. Cheap cabin materials and uncomfortable seats have been a sore spot, and 2010’s deletion of the dark red interior garnered many complaints. Some owners wonder at the lack of a rearview camera, but many have pointed out the Forester fails to suffer from the visibility issues of many larger SUVs. By far the biggest complaint heard surrounds the lack of a five-speed option for turbo trims.

What's your take on the 2010 Subaru Forester?

Rick I like the car but am very disappointed at the reliability. The clutch failed early and by 90,000 had been replaced twice. Note I have driven a manual trans for 40 years. The head gaskets leak oil. The cat converter failed early. The AC system required expensive repairs. I normally keep cars for 200,000 miles, but this car will cost so much in maintenance, I may have to dump it early. The interior is lousy, but what do you want for a $23K car?

Rick Use regular oil in this car -- not synthetic or a blend. It seems to slow the oil loss.

Users ranked 2010 Subaru Forester against other cars which they drove/owned. Each ranking was based on 9 categories. Here is the summary of top rankings.

Have you driven a 2010 Subaru Forester?
Rank This Car

my car is using 2 qts between oil changes 5000mi apart. no smoke, good mileage, no drips in my garage. is this normal????

How Much For A New Engine For My 2010 Subaru Forester?

How Much Should A Rod Bearing Cost To Replace/repair?

On my 2010 Forester, the Check Engine light, Vehicle Dynamics display light with a line thru it went on and the Cruise control light started flashing today. It also started having a rattling noise/som...

I was able to get the old ball joint out but can't for the life of me get the new one in. The control arm and the knuckle aren't lined up anymore. All I did was take the old one out and now they'r...

My 09 Forester at 113K miles has a traction light and the AT OIL temp lights flashing couple of times when I come to a stop at a stop sign or a red light and the car unusually vibrates during this....