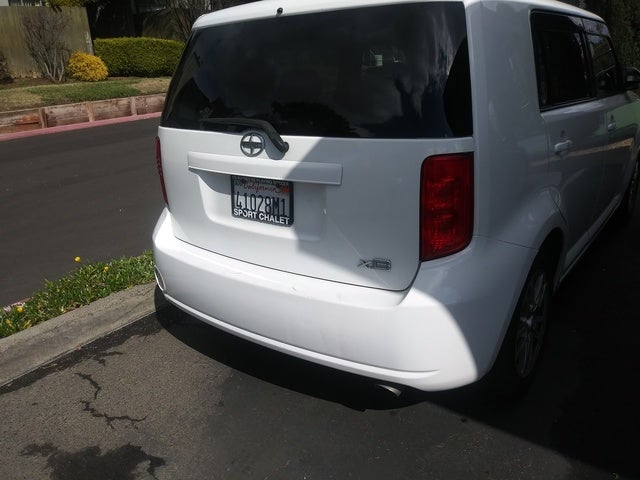 Class-dominating storage, a base sound system that just keeps getting better, and a sticker price that doesn’t move make the 2010 Scion xB one of the best values out there.

Owners still regret the 2008's drop in fuel efficiency, and a lot of people miss the Blackberry Crush Metallic paint that has dropped off the xB's long options list for 2010.

No one will accuse the 2010 Scion xB of being a luxury car, and better yet, it’s not priced that way. However, you can check off a lot of options that will get you a very well-equipped, personalized, fun car to drive. The fact that you can do this for under twenty thousand dollars only speaks to the incredible niche Scion has created with its xB.

Scion continues to do things right in their plan to attract generation Y, even in a year many would call a carryover. The company's made two small changes to the front-wheel-drive 2010 xB, with a new digital media player interface for the standard Pioneer audio system and an exterior color modification - Blackberry Crush Metallic has been replaced by Sizzling Crimson Mica. Otherwise this five-door standup station wagon remains virtually unchanged from last year, fresh off 2008’s redesign, which left the anything-but-boring box with more power and larger dimensions.

As previously, the xB comes in one trim level, with one available engine, two transmissions, and a list of options that could test anyone's attention span. Creativity is king here. Open your mind and your wallet and there’s very little standing in the way of creating an xB that perfectly suits your needs. 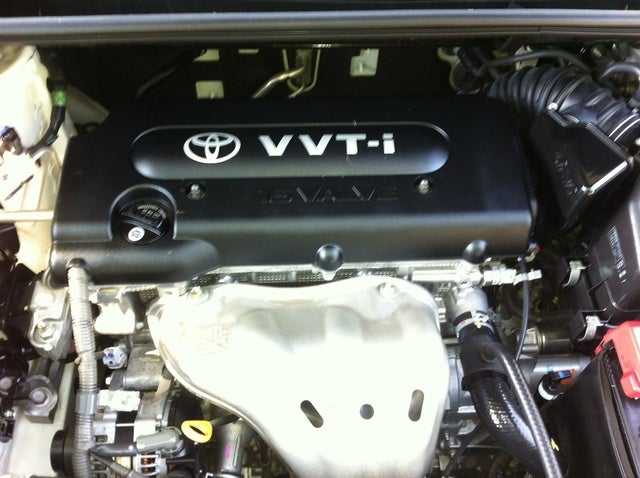 With either the five-speed manual or four-speed sequential-shifting automatic, the xB produces an EPA estimated 22/28 mpg, although road tests have found a slightly better average, by up to 4 mpg, with the manual. Complaints regarding both transmissions remain, with testers calling the manual “clunky” and finding the automatic occasionally reluctant to downshift. That said, the manual adds a lot of fun to the driving experience, and with its better mileage, the choice seems clear, especially with the drop in fuel efficiency after the 2008 redesign and the resultant 55-hp increase.

The sole engine available, a 2.4-liter, 158-hp, DOHC inline four, produces its peak power at 6,000 rpm and uses Toyota’s Variable Valve Timing with intelligence. While peppy from the line with either transmission, the power curve relaxes in passing and climbing situations, where the manual really shines. The xB uses regular-grade gasoline.

The xB is one of the larger examples of its class and retains the benefits and liabilities of its size and girth. Owners and testers alike have found it a very comfortable ride, especially for longer trips, however spirited driving exacerbates small issues like lean, roll, and progressively numb steering. That said, at slower speeds the xB is a pleasure to drive and maneuver, with responsive steering and maneuverability that has been a stalwart characteristic of the model since its inception.
Bumps, unfortunately, are both felt and heard. It’s not intrusive with small inconsistencies, but larger bumps reverberate both audibly and physically, shaking the xB’s chassis. Braking has received numerous compliments since the upgrade to 10.83-inch ventilated discs in the front and 10.98-inch disc brakes in the rear in 2008, an almost 2-inch increase.

The xB's price remains unchanged, and the xB still enjoys a standard 160-watt Pioneer audio system with iPod connectivity and a mini-jack port, but with a small upgrade. Directly connecting the iPod to the audio system will now display track, artist, and album information on the screen while powering the iPod. The rest of the xB’s interior stays the same, and while road tests mention some awkwardness with gearshift and speedometer placement, depending on height and seating position, owners have yet to mention the same issues. In fact, praise has been heard for both placement and finish of controls and cabin materials, with most thinking the xB outclasses its competitors.

With competitors like the Nissan Cube and Kia Soul boasting cargo capacities between 50 and 60 cubic feet, the xB stands well above the crowd with 70 cubic feet of storage. This is reflected in head-, shoulder and legroom, and contributes - along with comfortable and supportive seats - to the xB being a pleasant ride for long hauls. In fact, the only complaints heard so far have surrounded a slight lack of legroom for drivers well over 6 feet tall.

Standard safety features for the xB include dual front, front side, and curtain side airbags, antilock four-wheel disc brakes with brake assist, antiskid, and a tire pressure monitor. While NHTSA crash test ratings have yet to be released for the 2010 xB, the 2009’s scores can be applied, as this is a carryover year.

Owners continue to lament the xB's loss of fuel efficiency after 2008's redesign, and some have aesthetic complaints regarding the xB becoming too “Americanized,” but owners seem very pleased with the xB, calling it “fun to drive both around town and for long trips.”

My 2010 Scion Xb Rear Window Washer Does Not Work

My 2010 scion xb rear window washer does not work

Why Does Check Engine And Vsc Light Come On And Stay On Each Time I Drive F...

Why does the check engine and vsc light come and stay on if I'm going on a long trip or up and down steep hills? I have a 2010 scion xb

How Does Xb Drive In Snow

Hi Are There Any Problems With 2010 Xb