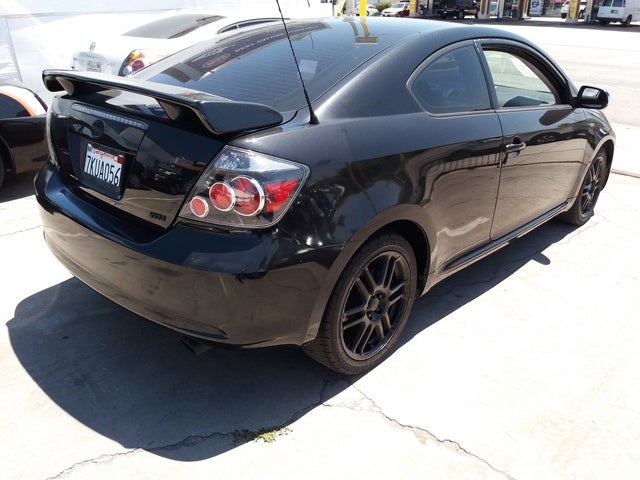 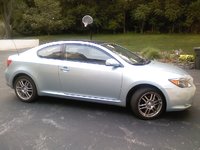 A low sticker price, long list of standard and optional features, and a driving experience that leaves many smiling mean the 2010 Scion tC should continue to be a hit across many markets.

Noise from tires, engine, sunroof, and more ruin what can be a very fun car to drive, and while the list of dealer options is long and varied, the low sticker price of the 2010 Scion tC can creep up quickly.

With a supportive and enthusiastic customer base like the tC has garnered, we can only assume Scion will continue to improve its mainstream motorcar. Most owner complaints can be solved or avoided with relatively little cost or effort, but some will simply take time and attention from Scion itself. That said, the smart simplicity of the 2010 tC and the Scion line in general continues to impress.

Take an Avensis chassis and a Camry engine, wrap it in some sexy skin with an attractive pricetag, and Scion has another winner with the 2010 tC. This two-door, front-wheel-drive coupe was introduced in 2005, ostensibly as a replacement for the Celica. Scion claims the tC stands for “touring coupe,” although speculation continues that the tC was originally designed as a successor for the Tercel, with tC standing for “Tercel Concept.”

Regardless, with one trim level and a long list of standard features - not to mention an even bigger list of options - the tC has managed to attract the millennial market Scions were designed to capture. With its 2.4-liter engine, coupled with your choice of a five-speed manual or four-speed electronically controlled automatic, the tC offers a well-balanced mixture of sport styling and fuel efficiency. 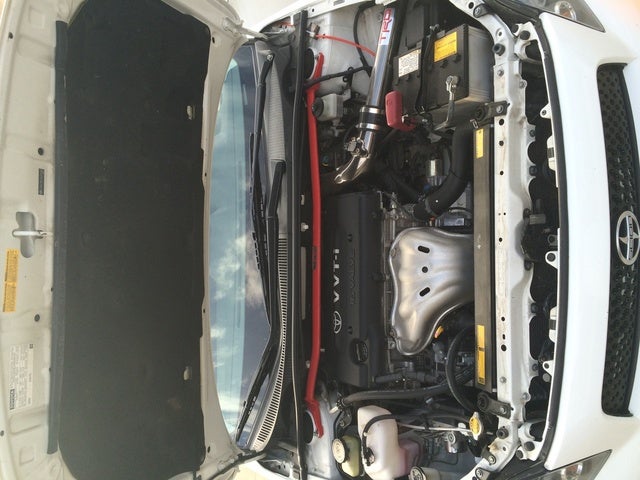 A 2.4-liter, double-overhead-cam inline four-cylinder (I4) engine propels the tC to 60 mph in less than 8.5 seconds, and with its variable valve timing with intelligence, dubbed VVT-I, the tC qualifies as a CARB-certified Ultra-Low Emissions Vehicle, or ULEV. Even with 161 hp and 162 lb-ft of torque, the tC manages EPA estimates of 20/27 mpg with the five-speed manual transmission and 21/29 with the electronically controlled four-speed automatic on regular-grade gasoline.

Both transmissions are smooth and well-mannered, but it has been noticed that ambitious use of the throttle is necessary to elicit either adequate power or downshifting in the midrange with the manual and automatic, respectively. This necessity also brings up another downside, the rather noisy and buzzy character of the engine when pushed into the higher reaches of its rpm range. Also, the total lack of traction control as either a standard feature or available option is puzzling, even at this price point.

As might be expected from a sport-inspired car in this class, the tC offers adequate handling in most situations. Road feel inspires confidence, and body lean and roll are handled with enough competence to trigger aggressive cornering and even some smiles. Push too far, however, and the limits can be reached easily. The biggest concern comes at speed, with shudder and shake evident over anything worse than fresh, smooth pavement. Many owners have complained that the OEM tires leave much to be desired, and that grip and handling are much improved with an upgrade, even more so with the optional 18-inch wheels than the standard 17-inchers. 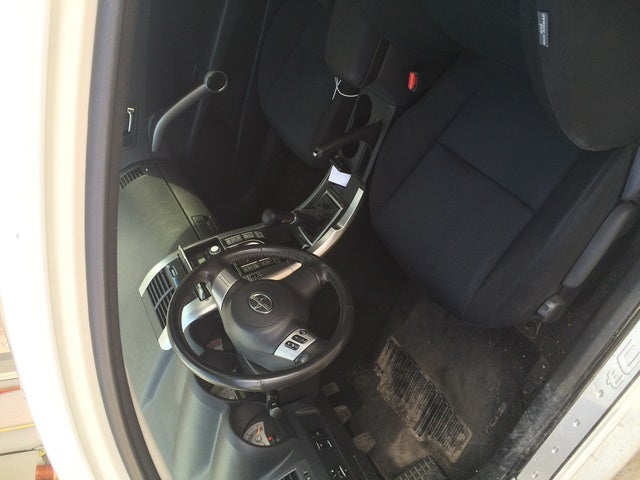 Controls, comfort, fit, and finish all surpass the class average by quite a ways, with ergonomic and attractive gauges and switches, although some complaints have been heard regarding visibility in low-light conditions. Both the base and the upgraded sound systems have received continual and almost universal praise, as has the navigation system, with the only major complaint being the lack of standard Bluetooth integration. Cabin materials, while still only plastic for the dash and cloth for the upholstery, are nonetheless of high quality, well above the standards for the class.

Seats are comfortable and supportive, both front and back, with ample space for anyone 6 feet tall and under, although those above will find head- and legroom slightly scarce. That said, rear seats recline slightly, a feature not often found in hatchback coupes. Watch for blind spots due to a large C pillar, and make sure you clear off the rear window before driving away, since no wiper is included or offered.

The four-wheel antilock disc brakes utilize brake assist to produce a confidently progressive feel that stops with authority. A tire pressure monitor comes standard, as do dual front, front side, and curtain side airbags. A driver’s knee airbag is also standard.

NHTSA test results for the tC show five stars in all categories excepting front impacts involving the passenger and rollover resistance, both of which earned four stars.

Owners have been pleased by both the look and overall driving experience of the tC, although some have complained that the styling is beginning to look dated. A major complaint comes from the numerous rattles and other noises heard at speed, especially from the sunroof. Dealer options have also been called expensive, although the tC does come well equipped, and as fuel efficiency continues to rise on average in the auto industry, many owners expect a four-cylinder coupe to break the 30-mpg barrier. That said, most complaints have been offered by owners as suggestions to make a car they love even better.

I have an oil pan that has stripped threads, it just spins clockwise and also counterclockwise. I'm ready to tap it and use an insert but my only problem is I can't get this darn drain plug out! An...

I Have Scion 20010 The Gas Tap Was Loss After Four Days The Engine Light Tu...

Will I Be Qualify Even If I Dont Have Credit..

Do U Sale Cars To People With Perments