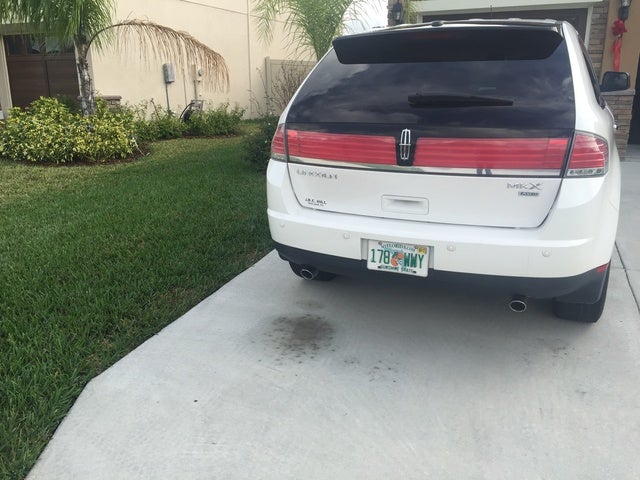 Low-end interior materials, iffy brakes, and its distinct resemblance to the less pricey Ford Edge in both appearance and features tarnish the “luxury” image pursued by the 2010 MKX.

Not as peppy, nor as refined as much of its competition, the 2010 Lincoln MKX nevertheless offers lots of standard creature comforts, a better-than-average safety record, and several Limited Edition options packages. Despite all this, prospective buyers shouldn’t expect much more than a gussied-up Ford Edge.

An unfortunate resemblance to its kissing cousin, the Ford Edge, in all but price causes the 2010 Lincoln MKX midsize luxury crossover SUV to be worthy of its “luxury” designation only in lineage. Sure, it has plenty of standard creature features, a stellar safety record, and an intriguing, brand-new Midnight Limited Edition options package, but it is what it is: a dressed-up Edge.

In any case, the 2010 MKX, pretty much unchanged from the ’09 version, offers four doors and eight-passenger seating as well as 69 cubic feet of cargo room (with the rear seats folded), 1,000 pounds of payload capacity, and the choice of either a front-wheel-drive (FWD) or all-wheel-drive (AWD) configuration.

The name “Lincoln” conjures sophistication, elitism, singularity, and, above all, luxury. However, only a few added standard convenience features and a little exterior tweaking differentiate the MKX from its Ford kinsman. Though it does have a certain appeal for those who must have a Lincoln, a majority of prospective car buyers will doubtless prefer the Edge’s price to the Lincoln name. 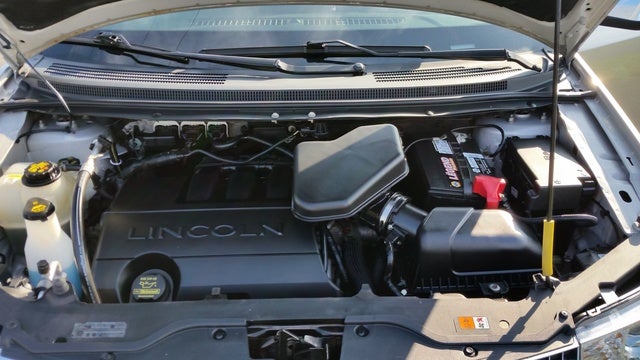 The MKX is described by most reviewers as smooth and determined in accelerating from a stop, but a tested time of 0-60 in 8.4 seconds is far below many competing luxury crossovers. Virtually all professional reviewers agree that merging and passing power is adequate, while acknowledging that the 3.5-liter V6 engine’s variable valve timing gives an appreciable boost to fuel economy.

More than a few reviewers note that the 2010 Lincoln MKX exhibits sedan-like ride and handling characteristics, doubtless due to its four-wheel independent suspension, multi-link rear, front and rear stabilizer bars, MacPherson strut front suspension, and standard 18-inch wheels. The MKX’s chassis is based on the highly successful Mazda6's unibody-construction design and is described as providing a relatively easy highway ride, even with the available 20-inch wheels. Steering is noted by many reviewers to be a bit disconnected from the road, but otherwise, reasonably responsive and alert.

Some quirks are, however, mentioned by testers and reviewers. As with many vehicles of its type, the 2010 MKX is prone to noseplow and excessive body lean in tight cornering. Poor braking distances and a “mushy” feel to the pedal have been disconcertingly evident throughout the MKX’s brief history and once again get called into question by a number of reviewers.

The 2010 MKX AWD trims include a standard center limited-shift differential. Beware, though, that the full-time AWD configuration, while great for snow and mud, is not designed to stray far from the beaten path.

Despite a plethora of cabin comforts in the 2010 MKX, many reviewers note a certain laxness in quality as far as materials and workmanship are concerned. As well, most gauges seem to become unreadable in certain daylight conditions, and intrusive engine and wind noise makes a seemingly palatial interior somewhat less so.

The National Highway Traffic Safety Administration (NHTSA) gives the 2010 MKX five stars for driver's-side front impact protection, four stars for front-impact passenger safety, five stars for both front and passenger side impact safety, and four stars for rollover protection. The Insurance Institute for Highway Safety (IIHS) rates the MKX as “good,” its highest rating. The IIHS has also given the 2009 MKS added distinction as a “Top Safety Pick.”

Owners of the 2009/2010 Lincoln MKX seem impressed with, above all, its distinctiveness, especially in any of the several Limited Edition Packages. However, some issues have been noted, such as a need for more spark in its acceleration, lackluster interior materials, glitches with several of the comfort and convenience features, notably the SYNC audio and navigation functions, and its historically iffy braking system. As well, owners have noted far too close a resemblance between the MKX and its kissing cousin, the Ford Edge.

On the plus side, owners praise the fuel efficiency, ride and handling, comfort, roominess, elegance, and “exclusivity” of the 2009/2010 MKX. The SYNC system, Panoramic Vista Sunroof, power liftgate, and reclining rear seats have drawn special kudos from owners. Finally, a number of owners find the Lincoln MKX laudable primarily for combining luxury and value.

Aja2299 Being co-owner of a black 2010 Lincoln MKX, my husband and I think this is the greatest vehicle there is as far as a luxury SUV or any other vehicle goes. We enjoy the smooth ride and the comfort of the vehicle is just incredible. The ease of handling and despite what others have stated the truck is a sheer joy to ride in. Lots of room good gas mileage and not to say the least the beauty of it is second to none. The black exterior just brings out the natural beauty is what it should and rally is. We haven't experienced any of the problems with the one we have but as far as we are concerned well nothing is without its faults.

Users ranked 2010 Lincoln MKX against other cars which they drove/owned. Each ranking was based on 9 categories. Here is the summary of top rankings.

Have you driven a 2010 Lincoln MKX?
Rank This Car

Dash Lights Not Working On My 2007 Mkx

dash lights are out at night

Drivers power seat will not go forward or backward. Switches allow it go up or down, however programable seat seat setting to back and forth will not work.

253 views with no answers yet

Do I Need Sirius For My System

2010 MKX random beep sounds like the last beep after start up and all the lights go on as the car starts ie seat belt, tire inflator, air bag etc. I seems that the beep happens most often when I a...

All my rear lights are not working on 2010 Lincoln MKX. Brake lights, hazard lights, tail gate light and turning signal lights. Was told this could be a bigger problem rather than just bulb replace...