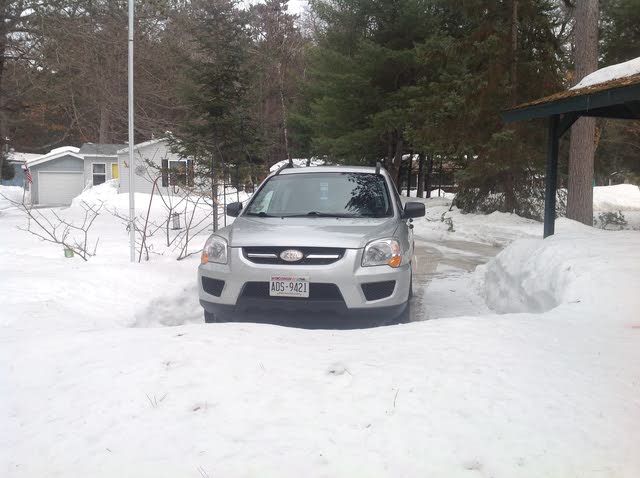 The 2010 Kia Sportage offers loads of value in a compact yet roomy package with good safety scores and plenty of standard amenities.

Growing a bit long in the tooth, the 2010 Sportage is rapidly being eclipsed in power and refinement by its newer competitors.

In an increasingly competitive (and lucrative) small SUV market, Kia falls a bit behind with the 2010 Sportage. While still possessing competent driving dynamics, the once pace-setting Sportage has been upstaged by newer rivals from Honda and Toyota. Yet buyers looking for value will find the Sportage still offers plenty of bang for the buck.

Mostly unchanged for 2010, the Kia Sportage is a small, unit-body SUV that comes in either front-wheel or rear-wheel drive and is available with a four- or six-cylinder engine. Its car-based chassis and small dimensions make the Sportage ideal for errands around town. Driving dynamics are acceptably modern, but fail to match the silky refinement of the competition, particularly the excellent (though more expensive) all-new Toyota RAV4.

There are two trim levels; the LX is available with either four- or six-cylinder power and offers a moderately well-equipped interior. The up-market EX is offered only with the larger motor and can be equipped with luxury options like leather and a navigation system.

Safety is a strong point (six airbags are standard, along with ABS and stability control), and the Sportage has performed well in government crash testing. Fuel economy is weak, especially in heavy six-cylinder models equipped with all-wheel-drive. AWD variants do offer secure handling on slick roads, but lack any real off-road capability, owing to the lack of a low-range transfer case. 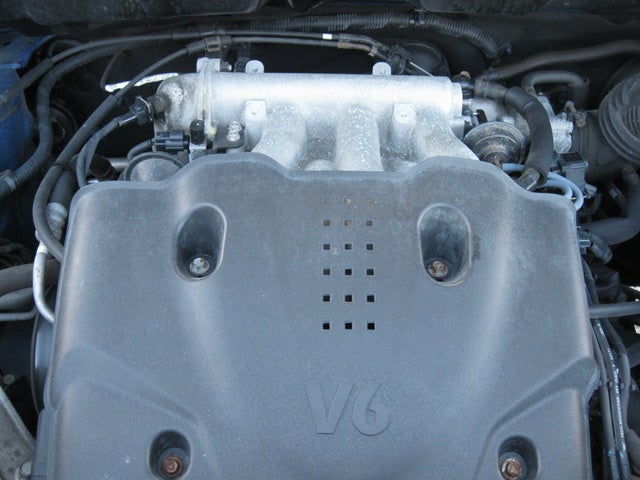 The 2010 Sportage is offered with either a four- or six-cylinder engine. The base engine is a 2.0-liter inline four-cylinder (I4) with DOHC and variable valve timing that makes 139 hp and 135 lb-ft of torque. While adequate around town the small four just doesn’t have enough grunt to make the Sportage feel peppy. A five-speed manual transmission helps keep the engine in its power band and maximizes fuel economy, though the sloppy linkage doesn’t provide much tactile feel. The optional four-speed automatic is smooth, but is down a gear compared with the competition, which hurts fuel economy.

Optional in LX trims and standard in the EX is a 2.7-liter V6 that makes 173 hp and 178 lb/ft of torque. While certainly an improvement over the four-cylinder, the V6 still fails to impress in the acceleration department. With the larger engine and 4WD, the Sportage tips the scales at a portly 3,500 pounds, contributing to its poor 10.7-second 0-60 time. As the six is offered only with the four-speed automatic, fuel economy continues to suffer, and Sportage V6s with 4WD get only 18 mpg in the city and 23 on the highway.

Four-wheel drive is optional on all trim levels and with both engines, and provides seamless transmission of power to all corners. (Note: Four-cylinder models with 4WD come only with the five-speed manual.) The electronic system requires no driver input and is always operating. The lack of a proper low-range, along with scant ground clearance, means that the Sportage is not designed with off-road use in mind.

The 2010 Sportage features a four-wheel independent suspension that delivers a very comfortable ride. Bumps and road imperfections are very well isolated, and its highway ride is downright cloud-like. The Sportage’s tidy dimensions and light steering effort make driving and parking around town a breeze.

While it pays dividends in comfort, the soft chassis tuning makes for wishy-washy handling in quick maneuvers, with lots of body roll and little feedback. 16-inch alloy wheels are standard on LX trims, while the Sportage EX gets 17-inchers. Disc brakes at all four wheels and standard ABS make for acceptable stopping distances, though pedal feel is lacking.

The 2010 Sportage scores well in terms of cabin space: Its nearly 104 cubic feet of interior volume make it larger than the Ford Escape. The interior seats five passengers and features generous leg- and hiproom front and rear. The cargo area is tight, with only 23.6 cubic feet of storage space behind the rear seats.

The interior is nicely executed, despite the age of the Sportage's chassis. The materials all fit together well, and the plastics are mostly of high quality. The switchgear is quite intuitive and well-marked, and contributes to the ergonomic feel of the Sportage. The seating position is tall and gives a good view out, though rear visibility could be better. Standard cloth seats are comfortable, but lack support for long distances.

Providing a high level of standard equipment has long been a Kia hallmark, and the 2010 Sportage steps to the plate with features galore. Power windows, locks, and mirrors are included on base LX trims, along with an AM/FM/CD player with satellite radio and MP3 connectivity. Up-level EX Sportages get fancier cloth seats (leather is optional), along with a trip computer and body-color heated mirrors. Available factory-installed remote start is a nice touch, as is the optional navigation system.

Realizing its importance to young families, the designers of the 2010 Sportage made safety a priority. Standard front, side, and curtain airbags are provided on all models, along with antilock brakes and stability and traction control. In federal crash testing the Sportage received the highest rating: 5 stars in both front and side impact situations. In Insurance Institute for Highway Safety (IIHS) testing, which uses a higher crash speed, the Sportage received a grade of Acceptable, the second-highest rating.

Owners of the Kia Sportage have praised its easy driving dynamics and overall utility. Quality has been judged excellent, with few problems reported. The styling, while not universally loved, was lauded as crisp and modern. Complaints center on its lackluster acceleration and especially its poor fuel economy.

Guru9WGMN This KIA SPORTAGE is a very DANGEROUS ROLL OVER CAPACITY, To small, sit's up to high, steering and transmission is a big fault in the SUV, to highly priced with very high fuel usage, STAY AWAY FROM THIS SUV

Have you driven a 2010 Kia Sportage?
Rank This Car

i am going on holiday and will be taking our dog with us. Is it possible to leave the dog in the car and lock the car without alarm going off. The dog will be in the boot area behind a grill

Why Won’t My Ac Clutch Come On With The Button?

My compressor went out recently, I ended up replacing it, I then took it to the shop had it fill with refrigerant, but it still will not start. I had the level checked at several different places ...

I have a 2010 Sportage with 264000 km. All maintenance done never had any major problems. Overall a good solid car. Past 9 months on and off when key in ignition sometimes it doesn't turn over. Li...

62 views with 5 answers (last answer about a year ago)