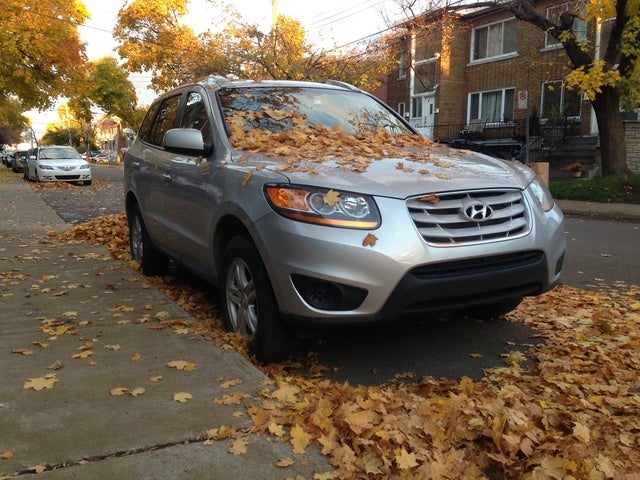 The 2010 Hyundai Santa Fe offers fresh styling, better powerplants, and the build quality and interior room that have been a staple of the model for years.

Attention needs to be paid to the Santa Fe's braking system, which was seemingly ignored in the 2010 refresh. 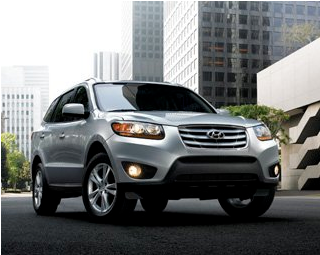 The Santa Fe has always been a solid choice in the midsize SUV market, and continual improvements only solidify that standing. With impressive stability, utility, and comfort, the Santa Fe has aimed directly at the crossover bulls-eye and seems to have hit the mark. The V6 seems the best option for this model, however, as the loss of 1 mpg is a small trade-off for its power increase and refinement.

A redesign for the 2007 model year granted the Santa Fe a new unibody structure and Hyundai’s first third-row seat in a crossover platform. For 2010 the Santa Fe loses that third-row seat, even as an option, but gains much in return. For instance, 2010 sees new styling in the Santa Fe as well as two new engines, replacing the two outgoing V6s with an inline four and another V6. A redesigned grille now offers a color-matched grid design to replace the two-bar black vertical from 2009, and new taillights are fully red with chrome trim. Look for new five-spoke alloy wheels as well.

Available in GLS, SE, and Limited trim levels, the Santa Fe offers front-wheel-drive (FWD) and all-wheel-drive (AWD) configurations in this four-door, five-passenger model. GLS trims and FWD Limited trims get the new 2.4-liter inline four, while remaining trims enjoy V6 power in the form of a 3.5-liter engine. A six-speed manual transmission comes standard in the FWD GLS, but a six-speed Shiftronic automatic transmission is available as an option for that configuration and standard on all other trims. 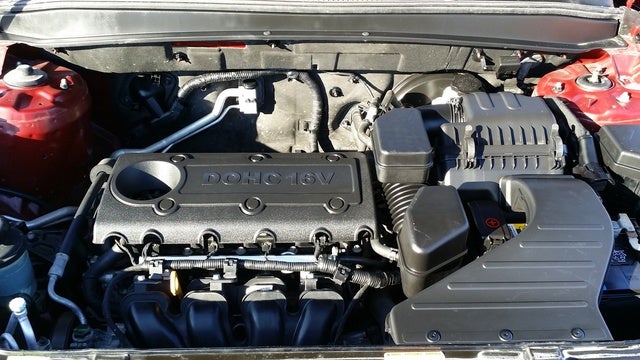 The new engines for 2010 both achieve higher power and efficiency than the outgoing ones, helped by their six-speed transmissions, which replace four- and five-speed options. The base 2.4-liter inline four (I4) offers 175 hp and 169 lb-ft of torque – adequate power, but certainly not enough to provide blistering speed by any means. When equipped with the six-speed manual transmission, the 2.4 is capable of 19/26 mpg, while the six-speed automatic will deliver 21/29 in FWD mode, losing 1 mpg on both ends with the AWD system.

The 3.5-liter V6 brings more power to the table while losing only nominal efficiency. Its 276 hp adds over 100 horses to the I4’s tally, and its 248 lb-ft of torque can definitely be felt. More surprising, the 3.5 manages 20/28 in FWD form and 19/27 if you want the stability of all four wheels being powered. Couple this with a maximum towing capacity of 3,500 pounds, and you’ve got a capable powertrain. 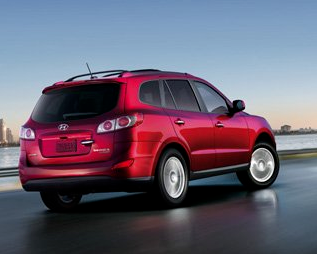 The FWD Santa Fe provides crisp and responsive handling, partially due to an initiative undertaken by Hyundai in the second-generation 2007 redesign to concentrate on improving on-road handling. Significant improvements were made to the steering response as well, and this has been a continual point of praise among reviewers. The AWD system is especially stable, although moreso on the road than in off-road conditions, helped in no small part by a track that is almost 3 inches wider than competitors like the Toyota Highlander and Ford Explorer. One point of contention has been the braking, however, which some reviewers found became prematurely soft and produced an excessively long braking trail.

Major improvements in 2010 to the Santa Fe’s interior include redesigned gauge fonts and backlight displays, metallic steering-wheel inlay with audio controls, new wood trim that is darker than the previous option, as well as standard Bluetooth. A touch-screen navigation system with rear back-up camera is also newly available. Otherwise, the interior is little changed and offers the same blend of quality materials, but too many hard plastics have been found previously. Seats both front and back are comfortable and supportive, offering adequate room for adults, even those over 6 feet tall. Pushing front seats fully back will impede on kneeroom in the rear, however, and while three adults will fit in the back seat, it’s not recommended for further than around town. Pillars offer little to no visibility issues, and all gauges are well within sight and reach, helped by a standard tilt and telescoping steering wheel. 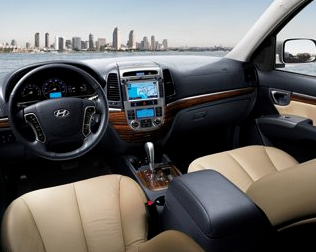 After its 2007 redesign, the second-generation Santa Fe received a Top Safety Pick award from the IIHS, and it continues to earn five-star ratings in all NHTSA tests excepting its four-star rating in rollovers. All Santa Fe trims come with dual front, front-side, and curtain-side airbags, antilock four-wheel disc brakes, brake assist, and anti-skid systems. 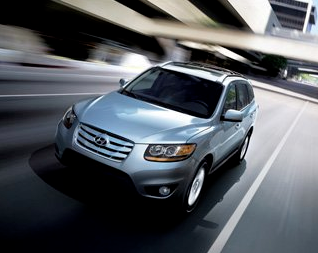 Response to the redesign of the Hyundai Sonata for 2010 has been quite positive, and no one seems willing to complain about its new engines, which are both more powerful and more efficient.

Pelliott I'm having trouble out of my Hyundai 2010 I have contacted the company in California about this problem, it seems that they have had several complaints about this problem and don't know how to fix it. My car is shutting off while it is setting and idea ling, it is dying sometimes when I come to a stop, and when am slowing down it has shut off. I had to put it in park and start it back up .I'm getting scared to drive to far in it. I hope they will help me with these issues.

Have you driven a 2010 Hyundai Santa Fe?
Rank This Car

Heater/Air Conditioner Comes On By Self

I have a 2010 Santa Fe, my heater/air conditioner will just come on by it self. I will push the off button and at times it will just come back on. I have replaced my battery (it would not turn over)...

Battery Light Flashing And When I Rev The Motor It Quits

36 views with no answers yet

I Recently Did A Coolant Flush On Two Of My Vehicles. Neither Have Been The...